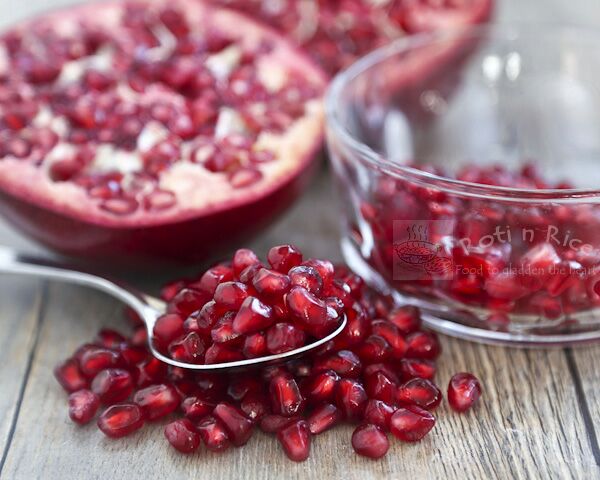 Pomegranate (punica granatum) is one of the oldest known fruits mentioned in ancient texts. Cherished for its beauty, color, and flavor, it is said to have many health benefits. A native of Persia (modern day Iran), it is widely cultivated in the Mediterranean region of Asia, Africa, and Europe. It was brought to Latin America and California by Spanish settlers in the 1800’s and is now grown in parts of California and Arizona.

The pomegranate is a relatively large fruit measuring 2½ to 4 inches in diameter. It is nearly round but crowned at the base by a prominent calyx. The rind is thick and leathery and the color varies from medium to deep red. The interior of the fruit is separated by membranous walls and white spongy tissue packed with juicy red angular seeds (arils) and white pith. Each pomegranate can have 200 to 1,400 seeds. 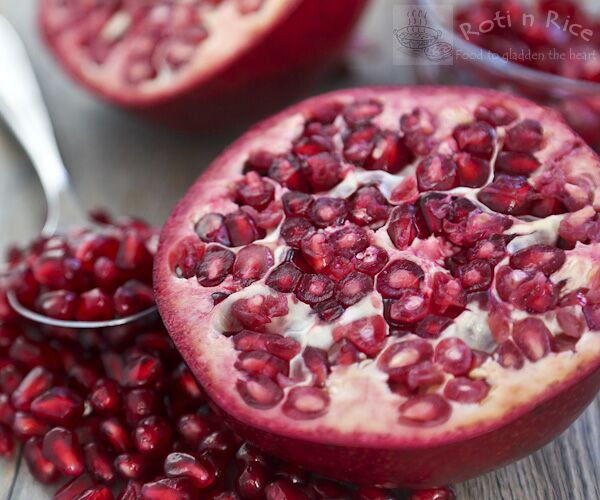 In North America, pomegranates typically come into season from October through January. Those found in the stores are picked when ripe, so they are ready to be eaten. Select a fruit by weight and not color. The heavier the fruit, the more juice it contains. The skin should be firm and taut. Surface abrasions do not affect the quality of the fruit. 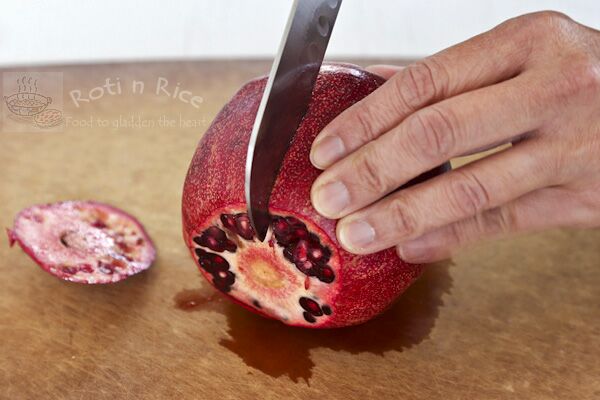 Seeding a pomegranate can be a pain. There are various methods and this one that I first used was rather effective. The method most often recommended is to separate the seeds in a bowl of water after cutting off the top and bottom of the fruit and scoring the rind at each section. I found this to be pretty messy and would not do it again. 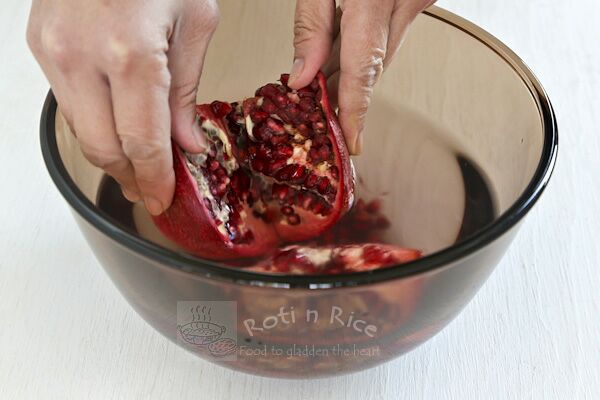 Recently, I came across yet another method as seen here and here. The pomegranate was cut into half horizontally and each half of the exterior rind scored four to six times (I did not bother to score the rind and it still worked). Place the cut side down in your palm with fingers slightly spread over a large bowl. Smack the rind with a large spoon. The seeds should eject from the pomegranate directly into the bowl, leaving only a few deeply embedded seeds to remove. There was some spattering depending on how hard you smack the fruit but it wasn’t too bad. 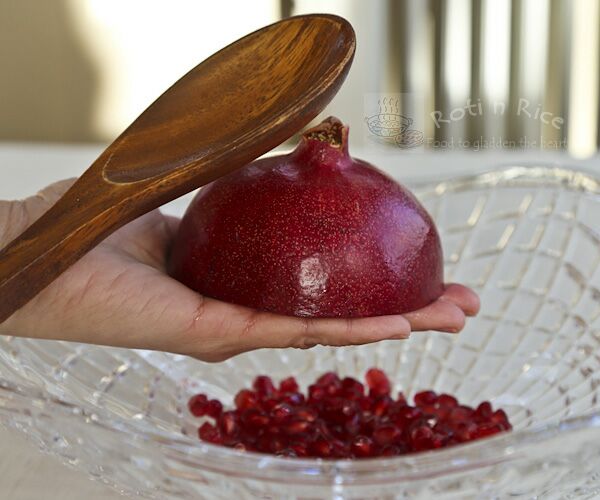 Now that you have all those beautiful ruby seeds (arils), they are ready to be eaten. Pomegranates are high in vitamin C, potassium, and antioxidants. They are often eaten as is, sprinkled in yogurt, tossed into salads, or juiced. They can also be added to cooked foods at the end of cooking providing a sweet-tart flavor, crunchy texture, and eye-catching presentation.

Do check out the recipes on this blog using pomegranate. Please click on the link or image to open in a new window. 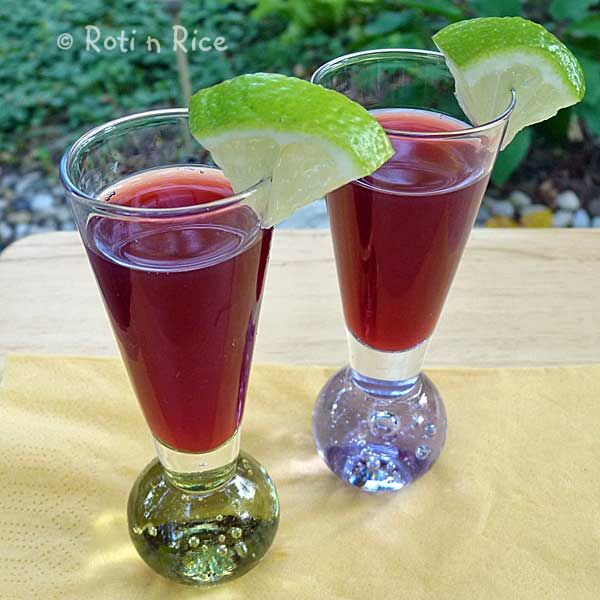 Finally, not all pomegranate seeds are red in color. Occasionally you may find a few white ones in the sea of red. 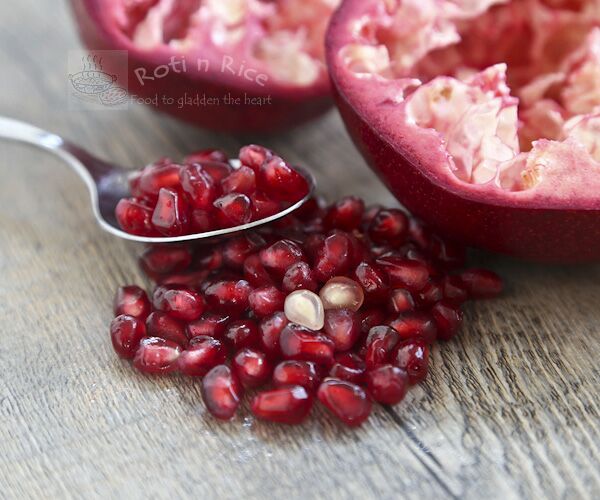