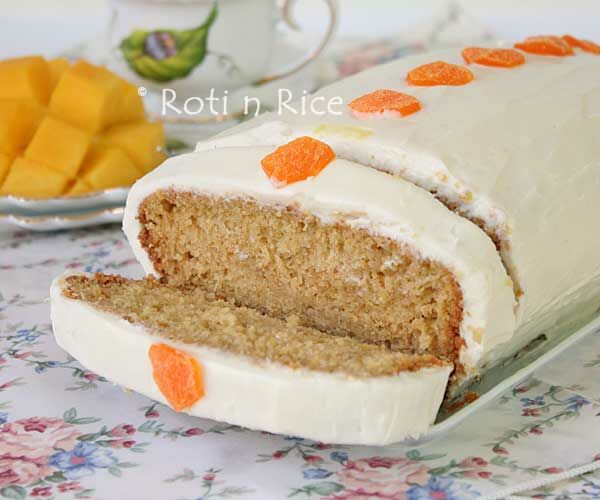 It was a beautiful September day in Colorado. I was going about my daily chores and preparing to meet Ro-Jiro who was due home on the school bus. As soon as the bus came to a stop, the driver broke the news to me. She said, “The twin towers have been attacked. Turn on your TV!” At first, I could not comprehend what she was saying. In the ensuing conversation the details were extremely sketchy except that something strange and terrible had happened in New York that morning.

I ran into the house with Ro-Jiro and turned on the television. I could not believe what I saw and heard…

It was so unreal! Our world changed that day. Nothing would be the same again. On this 10th anniversary, we pause to reflect on lost lives, mourning families, and heroes. We will not forget the events of 9-11 but by the grace of God, we are resolved to make the world a better place, and to move on. 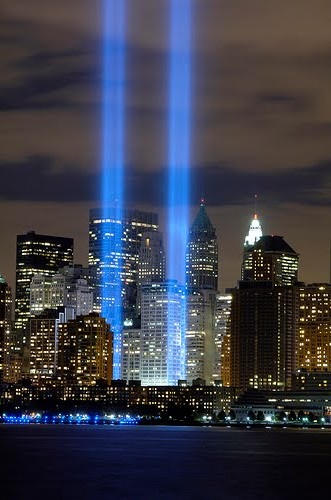 Today, I share with you Mango Cake with Cream Cheese Frosting together with Marla from Family Fresh Cooking because “As bloggers with voices. We bake, we love, we share.” Please stop by and link up with your favorite cake. The link up will be open until Wednesday 9-14-2011 to give everyone an opportunity to share. Hashtag on Twitter and Faceboook is #cakes2remember.