A fun and scenic day excursion to the Georgetown Loop Railroad riding on a vintage steam locomotive between Georgetown and Silver Plume, Colorado. 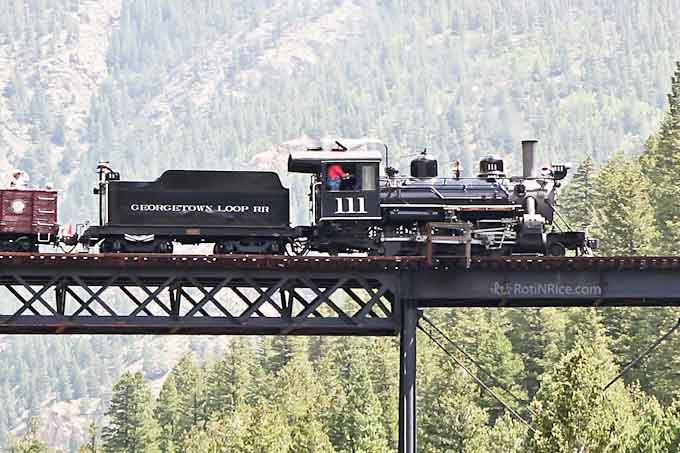 Colorado is well known for two things – the majestic mountains and the vintage narrow gauge railroads. These railroads wound through the high valleys and slopes of the Rockies serving the logging and mining activities of its day. Highways and roads have since taken over that function. Today, the steam locomotives continue to operate but their “cargo” is mainly tourists seeking to relive the earlier era of mountain travel. No where is this better experienced than at the Georgetown Loop Railroad, about an hour’s drive west of Denver.

Historic Georgetown is nestled in the mountains near the upper end of the Clear Creek Valley along Interstate 70. It was the center of the mining industry in Colorado during the late 19th century, earning it the nickname “Silver Queen of Colorado”. Today, it has evolved into a lively historical summer tourist attraction with the Georgetown Loop Railroad as its main attraction. This remaining portion of railroad winds its way to the town of Silver Plume. 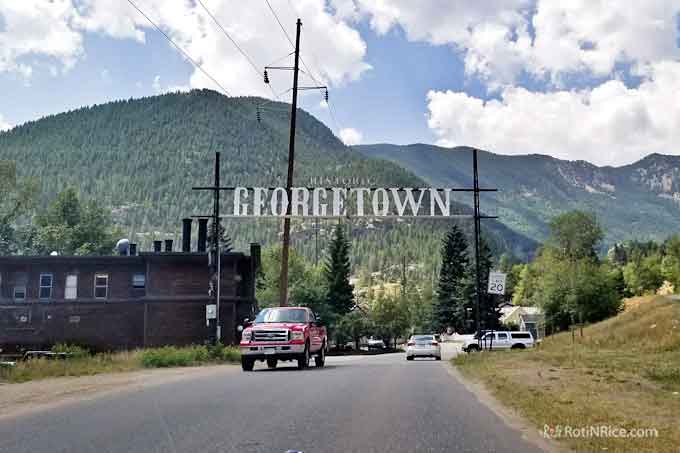 The Georgetown Loop Railroad is open through to the end of the year with special events during the holidays. There are two depot locations – Georgetown and Silver Plume. These stations are 2 miles apart. The train ride itself is 1 hour 15 minutes with the option to stop for a 2½ hour mine tour. Tickets may be purchased on-line or at the window but they usually sell out and so it is best to book them on-line to avoid disappointment. 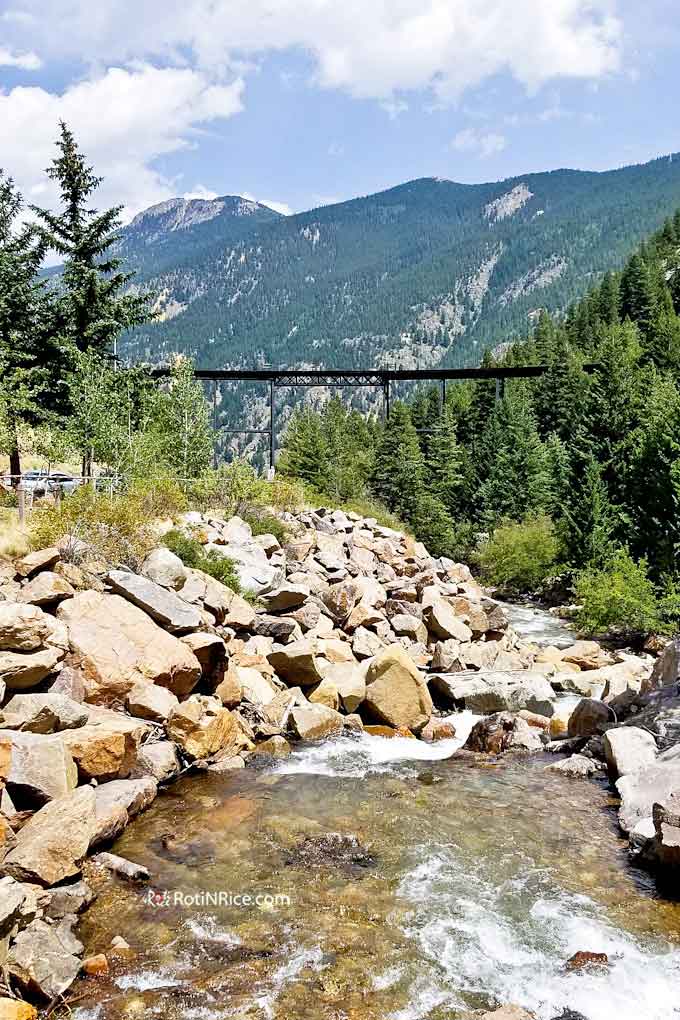 If you have never experienced a steam engine train ride, this is a good one to start with. It is one of our favorites and we have taken this ride several times. First, we get thrilled to the sound of the steam engine making its way into the station in a dramatic show of steam and smoke. 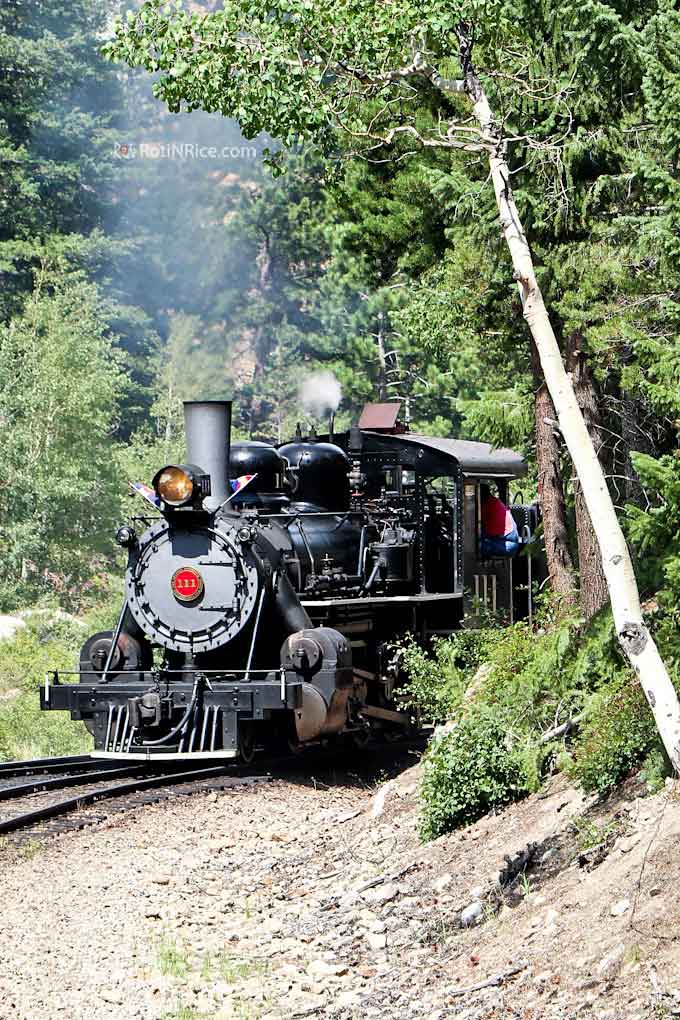 Then, travel with the train as it winds its way across the spectacular Loop Bridge all the way to Silver Plume. 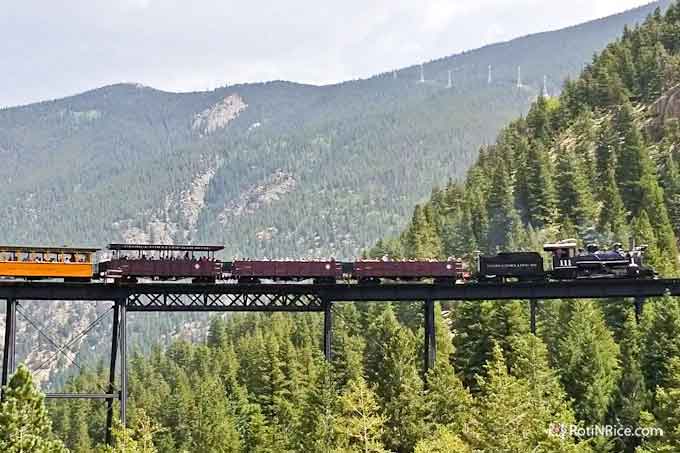 At the Loop Bridge, you will see with breathtaking scenery of the surrounding mountains and Clear Creek running through the valley below. 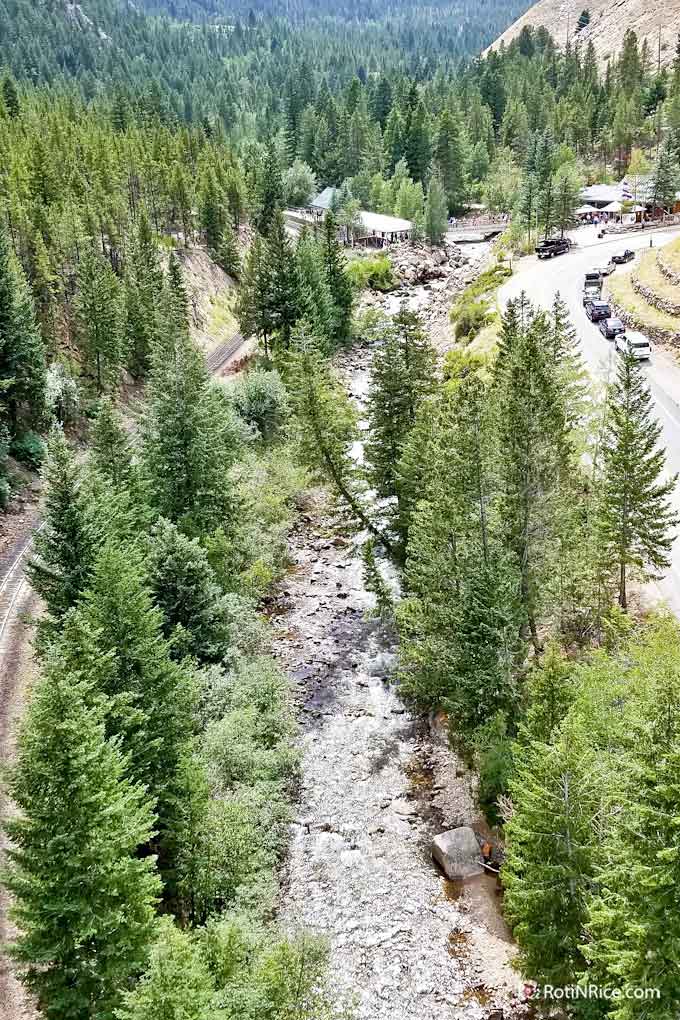 On this trip, we did not do the Lebanon Silver Mine Tour as we have been on the tour many years ago. The tour takes you 500 feet into a mine tunnel. It can be chilly inside the tunnel, so bring a jacket with you.

We did however, stop at The Alpine Restaurant and Bar for some hand tossed brick oven pizzas. We had the South of the Border and Bianca pizzas. South of the Border was topped with chipotle aioli, green chilis, fresh tomatoes, red onions, chicken, and mozzarella. Bianca came with aglio olio, spinach, artichoke hearts, roasted garlic, fresh tomatoes, and mozzarella. The pizzas were yummy and we were happy and contented for the drive back north to Loveland.

Roti n Rice is a participant in the Amazon Services LLC Associates Program, an affiliate advertising program designed to provide a means for sites to earn advertising fees by advertising and linking to Amazon.com.
Previous Post: « Nasi Kerabu Kelantan (Herb Rice)
Next Post: Verboten Brewing and On The Hook Fish And Chips »