This boneless Hasselback Pineapple Ham is perfect for a smaller family or crowd. Just as delicious and much easier and faster to prepare. 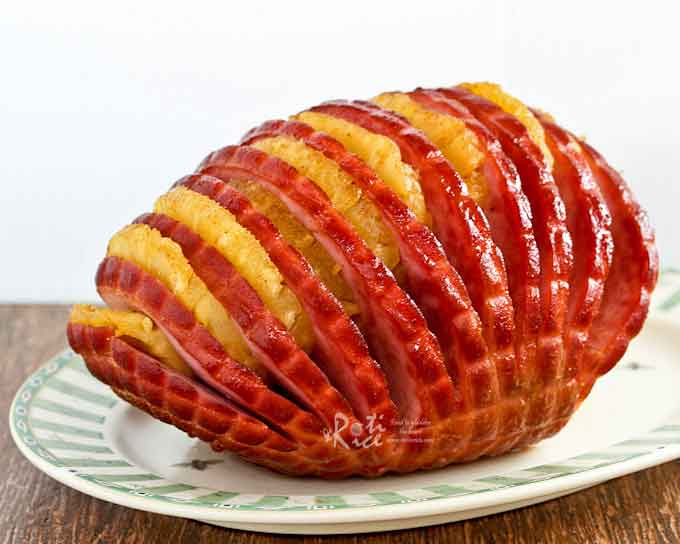 One of the most popular recipes on this blog is this Baked Ham with Pineapple Brown Sugar Glaze. Many have asked about using the same glaze on a boneless ham and so I decided to prepare one this recently passed Easter. Boneless ham is definitely easier and faster to prepare and serve. It is great for a smaller family or crowd.


Boneless Ham For a Smaller Family or Crowd

I bought a half portion boneless ham (about 3 pounds) sufficient for 5 servings. To make the presentation more interesting, I made this Hasselback Pineapple Ham by inserting the pineapple slices in between the cuts made in the ham. I was really pleased with how the ham turned out. It was really pretty and made a lovely main dish. YES, it was very tasty too! 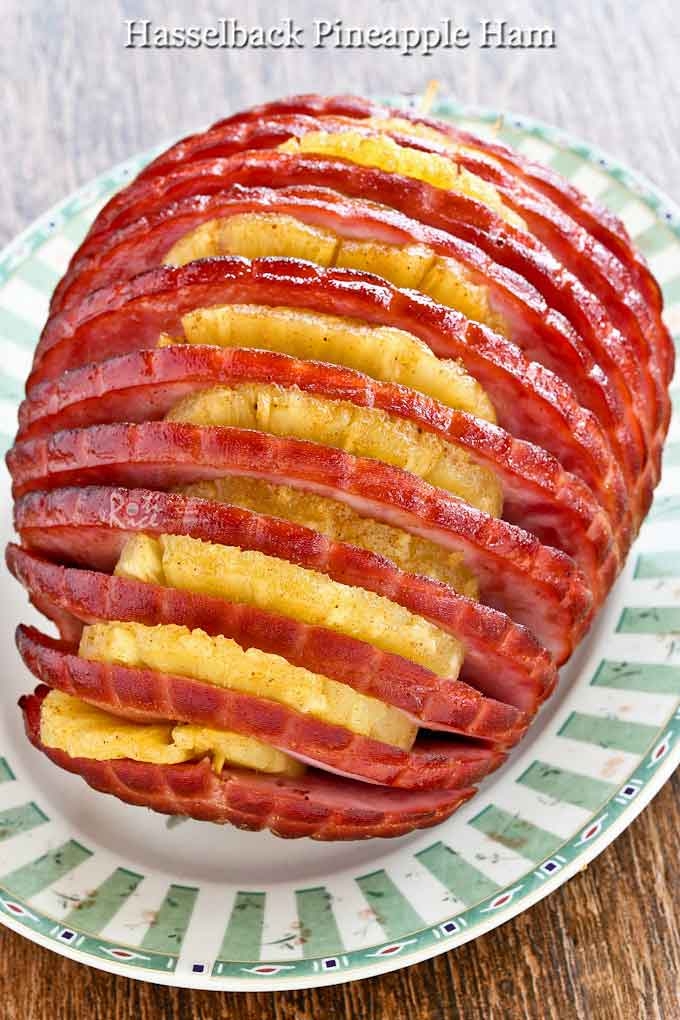 For this recipe, it is best to cut the ham yourself instead of getting a spiral cut boneless ham which often comes with very thin pre-cut slices. You want to make 10 incisions into the ham to accommodate the 10 slices of pineapple found in one can. Do not cut all the way to through so that the ham holds together and remains in one piece. If you want to feed more people, buy an entire boneless ham and two cans of pineapples instead of one.

The other question that is often asked is whether ground spices may be used in place of whole spices for the glaze. In response to that, I used ground cinnamon and ground cloves in place of cinnamon stick and whole cloves.

Perfect for Entertaining Year Round

Boneless ham is available year round and this Hasselback Pineapple Ham takes only slightly more than an hour to prepare. Treat your family to it this weekend soon. Do give it a try. 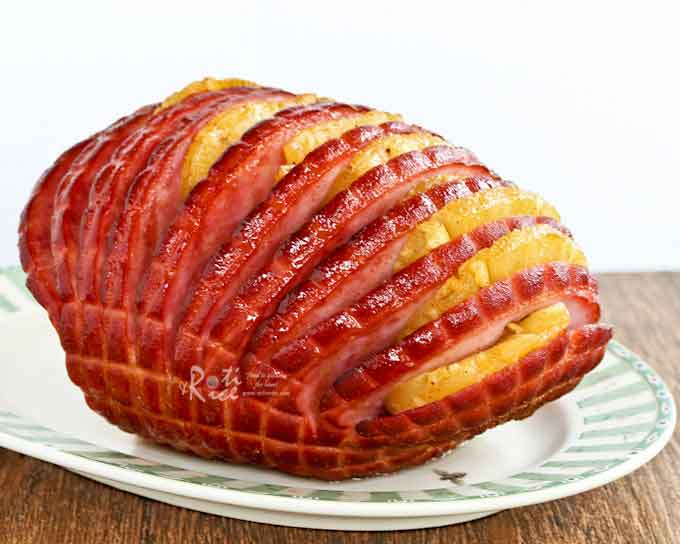 3 days ago, someone asked about adding Maraschino cherries to the recipe. You can see the comment and my respond below. I thought it was a great idea as it would make it look very festive. 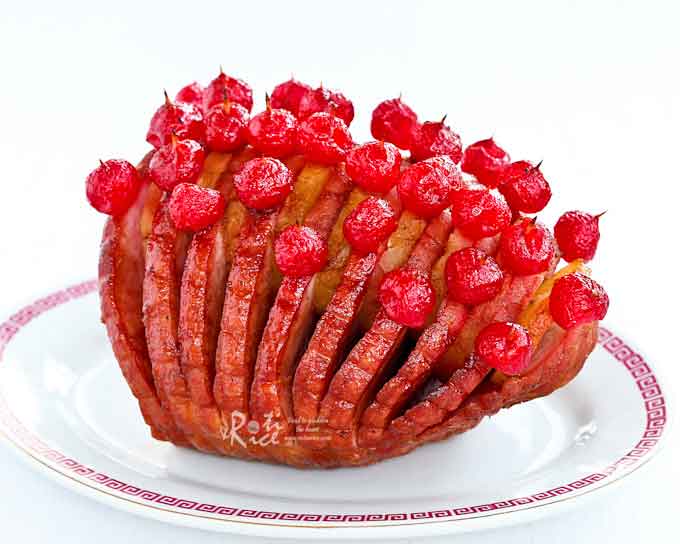 I decided to try out my own suggestion about sticking the cherries into the ham with picks for our Christmas Eve dinner yesterday. It did make the ham look really festive and pretty. 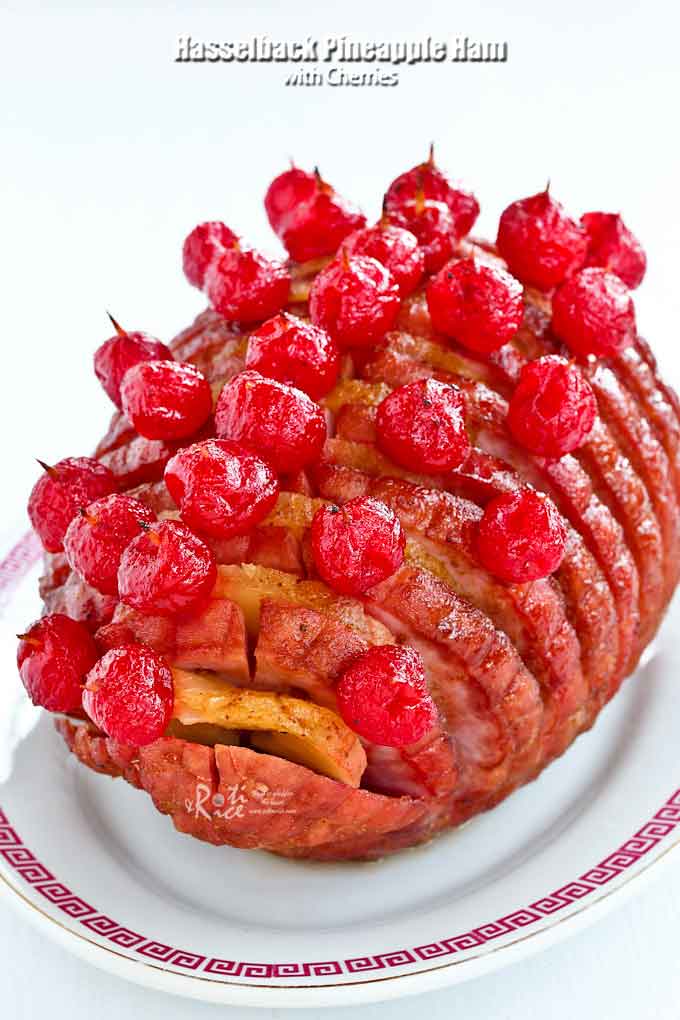