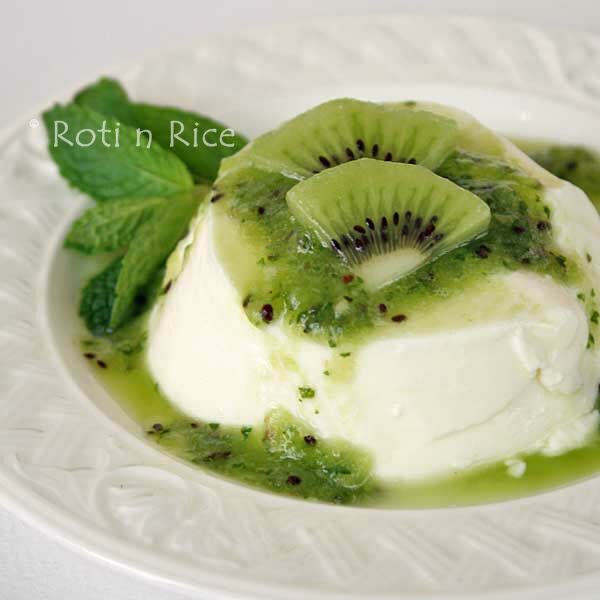 Going Green is March’s theme for Dessert Wars. Reeni and Christine have laid out a paired list of natural green ingredients for the challenge – traditional and non-traditional. The participants had to select at least one ingredient from each list. Given the two lists I had to wreck my brain for the best possible combination. I chose kiwi and mint from the traditional list and lemongrass from the non-traditional list.

These three ingredients have very distinctive flavors of their own. I wanted something subtle and mild to bind them together. Panna Cotta which means cooked cream in Italian would work. I infused the cream with lemongrass just enough to give it a bite. The simple kiwi mint sauce rounded off the dessert nicely, by giving it a light and fresh flavor. The combination was quite delightful and we all enjoyed it thoroughly. To my readers in Asia, the taste and texture of panna cotta is akin to a creamier Tau Foo Fah (Soy Bean Pudding). 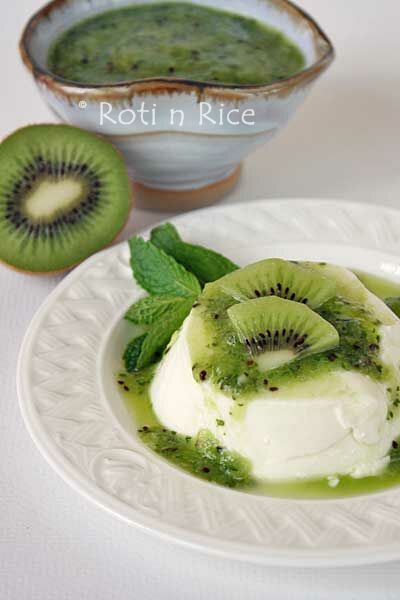 This recipe was adapted from Giada’s at the Food Network. I have lightened it up by reducing the cream and using some half-and-half (half cream and half milk) instead. 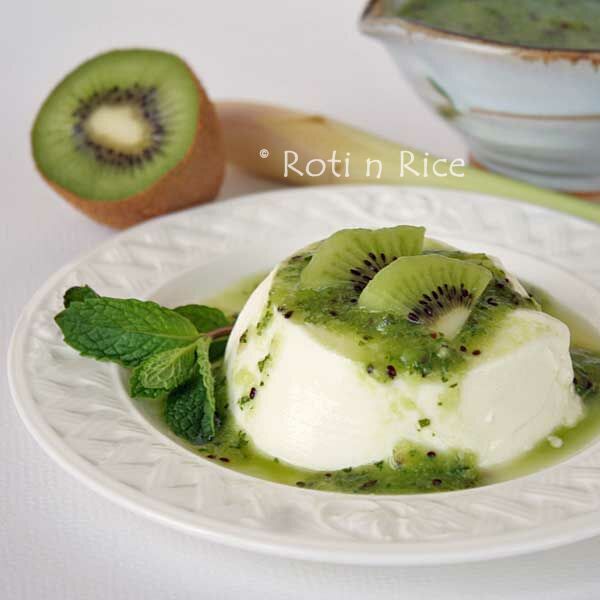 I really like the silky wobbly texture of this Lemongrass Panna Cotta. The kiwi mint sauce is a nice counterpoint to this creamy dessert. Do give it a try. 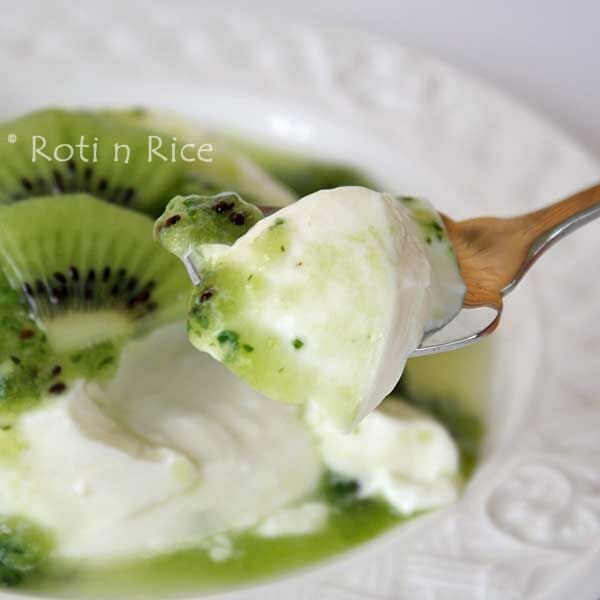