This Lentil, Kale, and Roasted Tomato Soup is super tasty and nutritious. Serve it as is or with crusty bread for a totally satisfying meal. 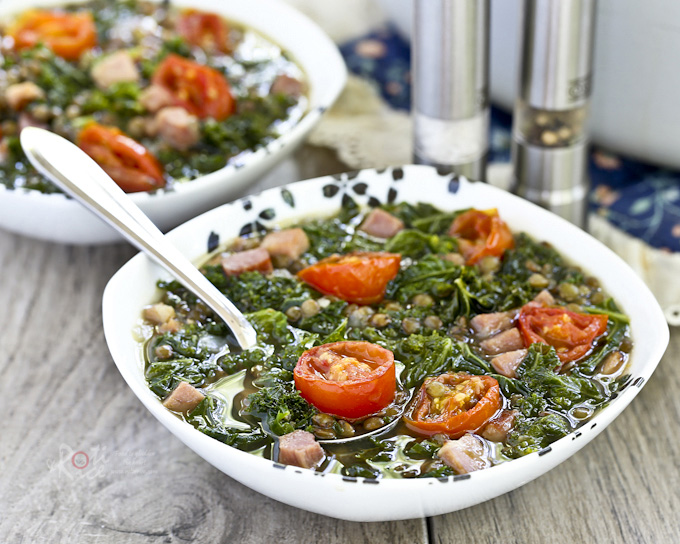 It has been raining almost every day this past week. The cooler temperature (high 60’s and low 70’s) calls for something warm and comforting for the belly. With another good harvest of cherry tomatoes from the vegetable garden, I made this Lentil, Kale, and Roasted Tomato Soup for dinner one evening. It was super tasty and totally satisfying. We had two helpings each.

For this soup I used puy (French green) lentils which I had recently purchased at the health food store. These are small, slate green lentils with a delicate blue marbling. They have less starch and do not get mushy when cooked. Just what I wanted in this wholesome and hearty soup. 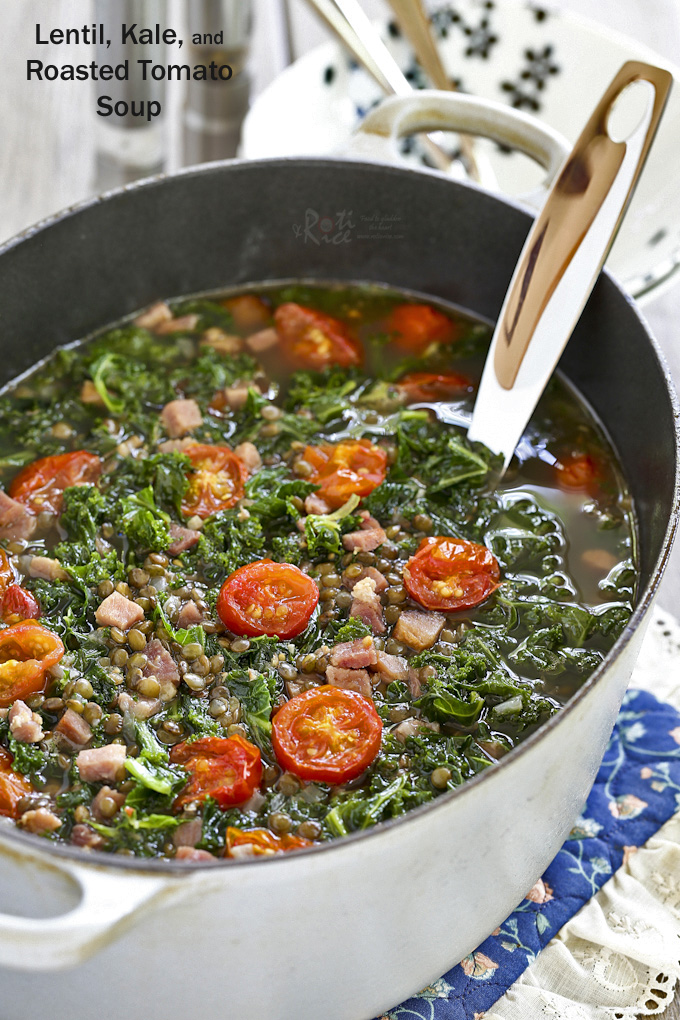 The lentils kept their shape even after 40 minutes of simmering and the soup remained clear. They were nice and tender but not mushy. If you prefer them to be a little firmer, you can stop cooking after 30 minutes. 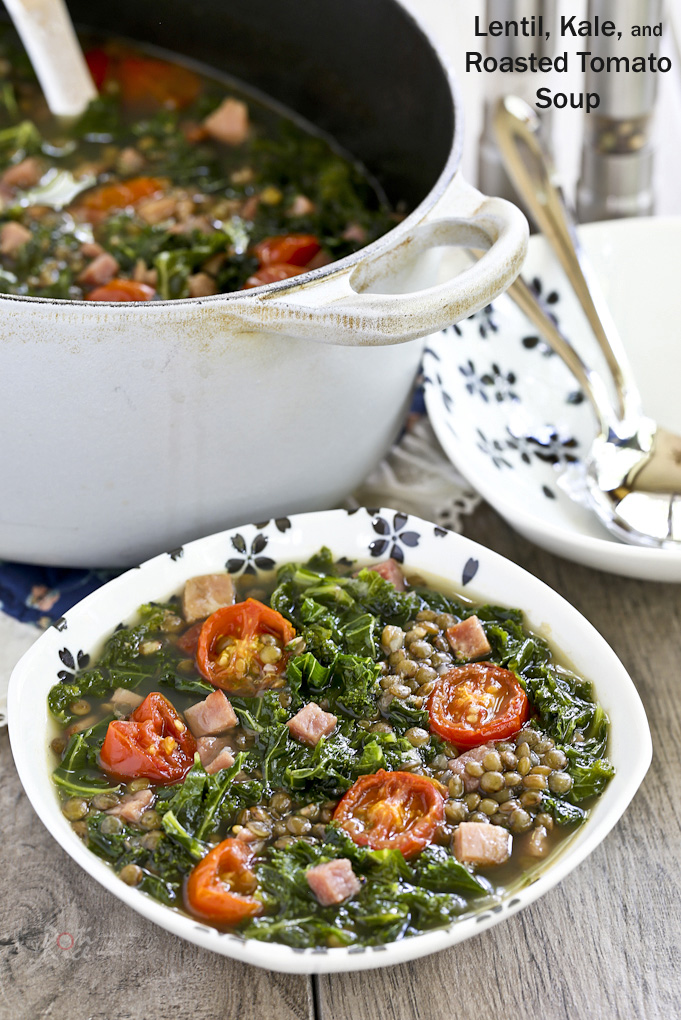 I made my own ham stock the night before using a ham bone I had saved from one of two Baked Ham with Pineapple Brown Sugar Glaze I had made round about Easter time. I prepared the second ham for my son when he came home in early May. We could not finish the ham and so I threw the leftover in the freezer. I used the last of it in this soup. The guys (carnivores) really liked that. 🙂 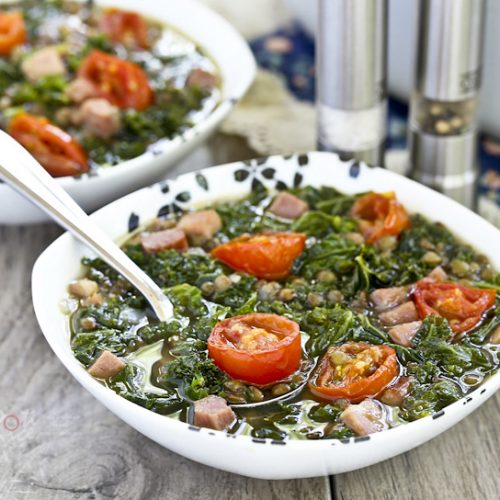 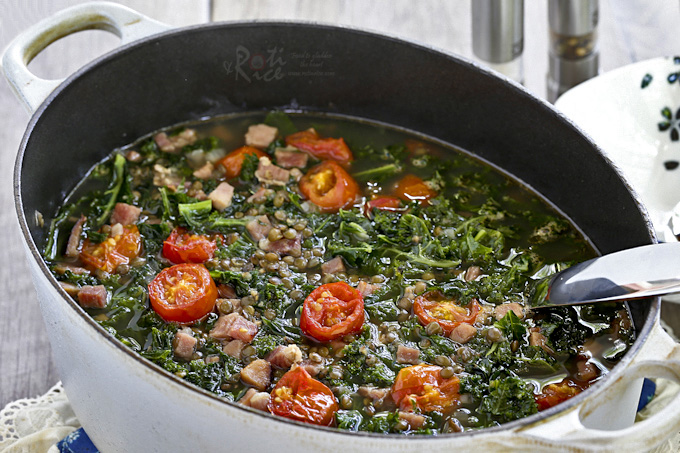 Roti n Rice is a participant in the Amazon Services LLC Associates Program, an affiliate advertising program designed to provide a means for sites to earn advertising fees by advertising and linking to Amazon.com.
Previous Post: « Slow Cooker Chili Dogs and Chili Corn Chips
Next Post: Green Bean Casserole Made from Scratch »