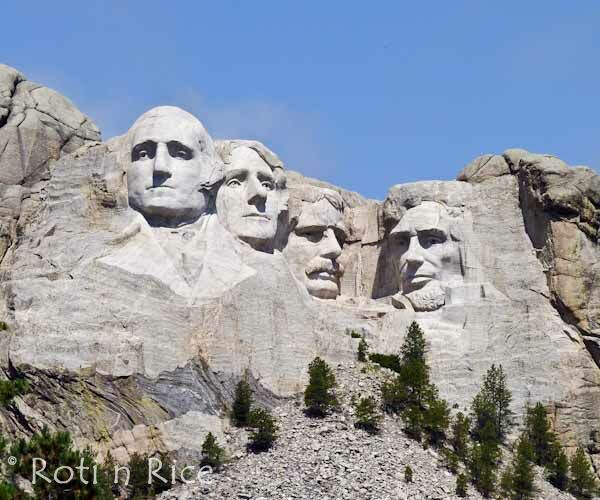 What does a food blogger do with the summer rushing past her? Shed the apron (check the stove before you leave) and head for the hills. The Black Hills of South Dakota promise sights and adventure for the intrepid visitor. The eagle flying overhead is not a screen saver but the real thing. 🙂

While South Dakota is just the next state to the west of us, getting to the border is a good 4 hours’ drive. Sioux Falls is the first major city across the border and a good place to rest and unwind. The large expanse of farmland and rolling hills are ideal for wind energy. The landscape is peppered with wind turbines. The wind is harvested alongside corn, soy beans, and other crops. They are quite a sight! 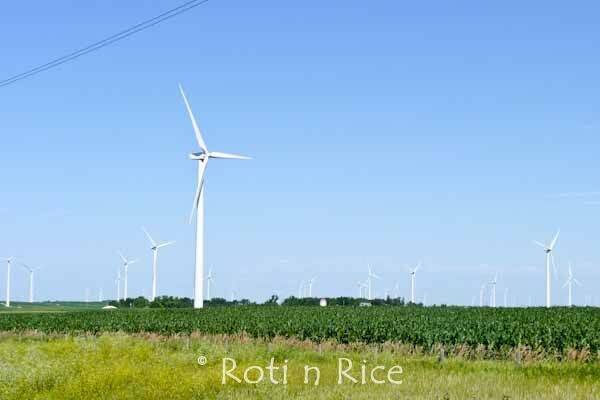 We got to Sioux Falls just in time for lunch. The boys voted to go to their favorite Huhot, Mongolian Grill. At Huhot, you customize your own meal by selecting a variety of meats, vegetables, noodles, and sauces which are then stir fried on a mega round hot plate in front of you. It is really popular and the Huhot restaurants that I have been to were always packed. For a spicy stir fry, try their “Burn-Your-Village Barbeque” sauce. I like to mix it with the fiery, “Kung Pao…Yow!”. 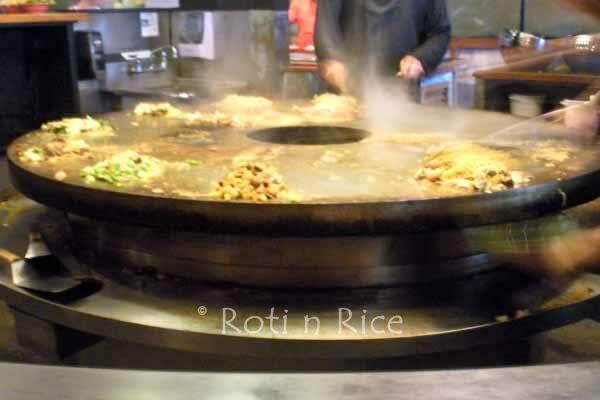 Dinner was at Carnaval Brazilian Grill. This is the place for the meat lover. We opted for the all-you-can-eat Gaucho Meal which comes in 3 sizes. The sizes vary in the selection of meats brought to you. The meal also comes with buffet at the salad bar. 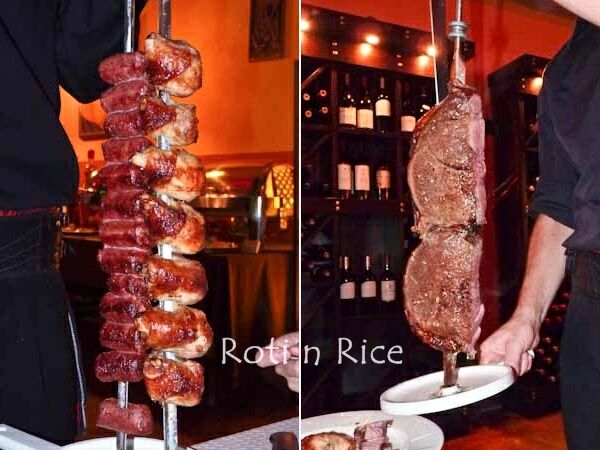 The next morning, we continued westward on Interstate 90 in our “chuck wagon” loaded with water and snacks. The weather was bright and sunny. It was a pleasant drive to Chamberlain, on the east bank of the Missouri River. We visited the Akta Lakota (Sioux) Museum and Cultural Center on the St. Joseph’s Indian School Campus. The museum opened in May 1991 and welcomes thousands of visitors every year. It features a renowned collection of art by Lakota, Dakota, and Nakota (the three branches of the Sioux nation) artists as well as unique cultural displays. 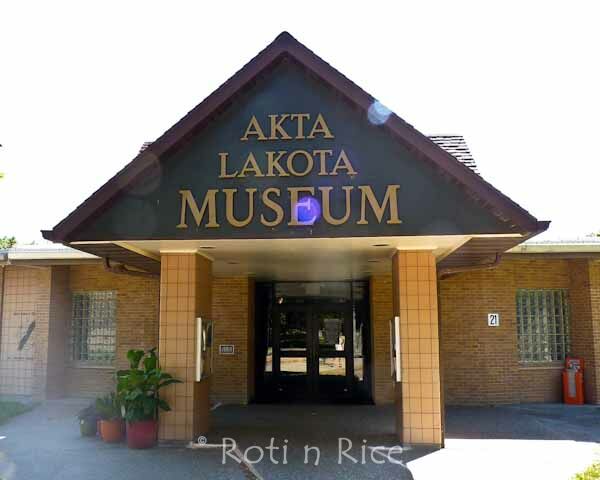 After the museum, we crossed the Missouri into the old wild West. It is Big Sky country out there and we went past rolling hills with miles and miles of cattle ranches. Better keep an eye on your gas gauge because towns are far and few in between. They are not kidding when the gas station says “Last chance to top up for the next 50 miles!” 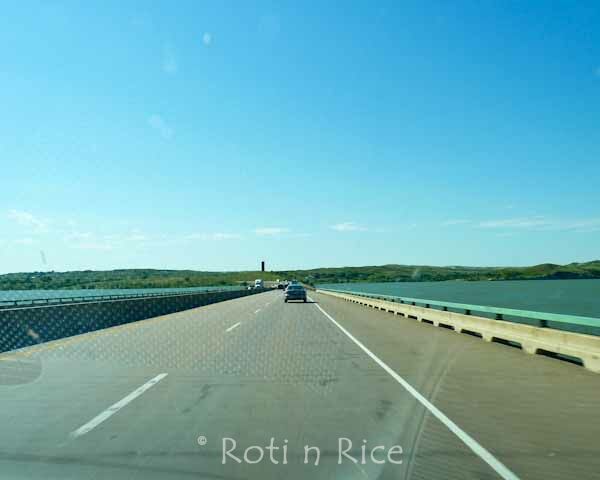 It is also Wall Drug country. You would see a Wall Drug billboard every mile. They can sometimes be humorous and kept me occupied. 😉 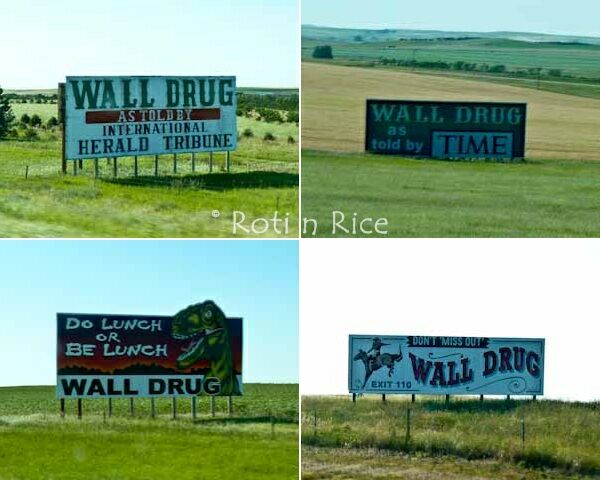 After a couple of hundred miles, we arrived at 1880 Town, near Murdo. This attraction has more than thirty 1880 to 1920 era town buildings authentically furnished with thousands of relics. You can also view memorabilia from the late Casey Tibbs, a champion rodeo bronc rider, and many props that were used in filming the movie Dances… 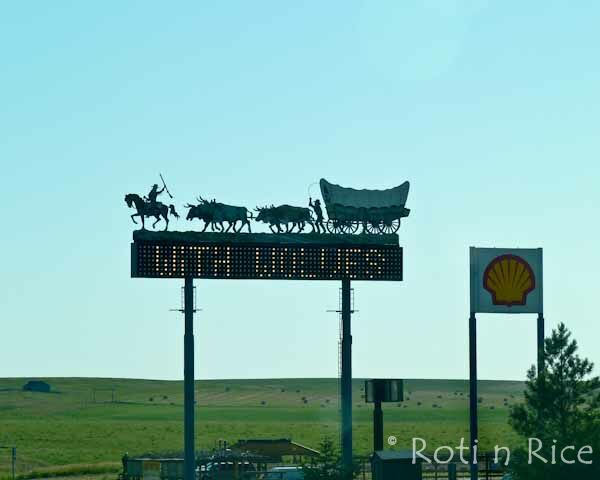 Check out the inhabitants of 1880 Town. 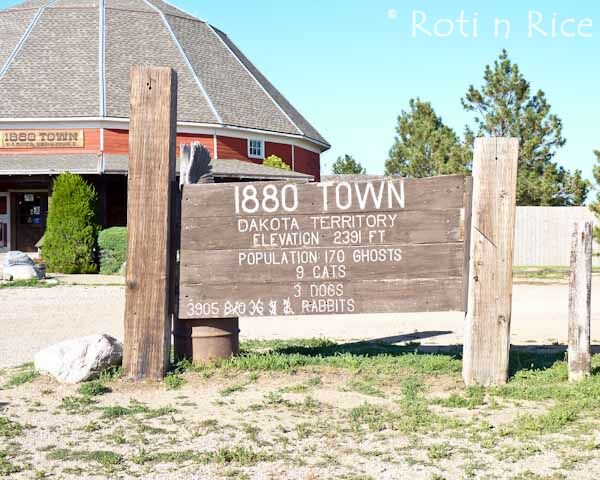 Our next stop was Badlands National Park, a geological landscape of sedimentary rocks and clay-rich soils that have been extensively eroded by wind and water. While a large part consists of dry terrain with fantastic buttes and spires, there are also rolling grasslands. The Badlands is considered one of the world’s richest mammal fossil beds and scientists have been using the area as an outdoor laboratory for over 150 years. 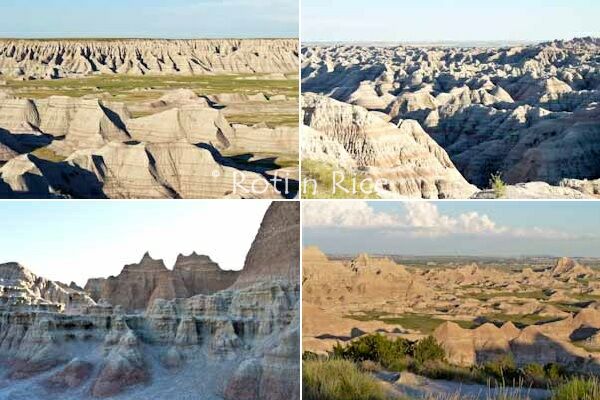 This place looks like Tattooine of Star Wars and vice versa. 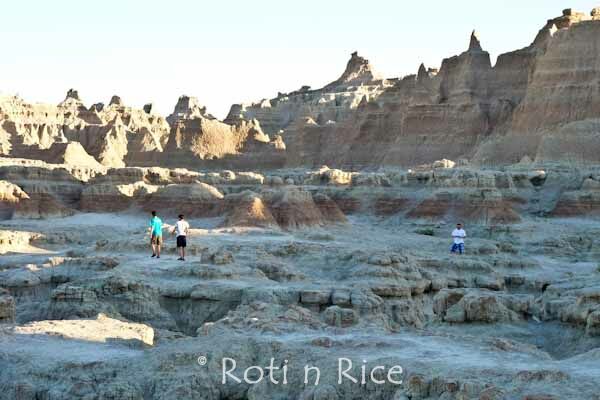 We finally made it to Wall Drug…yay! 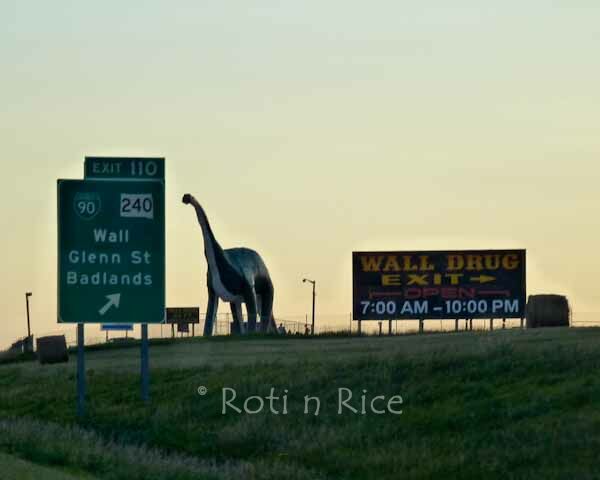 In 1931 Ted Hustead and his wife, Dorothy, purchased a drugstore in the town of Wall at the edge of the Badlands. This town had only 326 poor people wiped out by either the Depression or drought. Business was bad. In the summer of 1936 Dorothy was kept awake by all the cars going by on Route 16A. It struck her then on how to divert the traffic to their store. She came up with the idea of putting up signs on the highway telling people to come in for free ice water. Ted made the signs in the next few days and put them up on the highway. He spaced them out so that people could see them when they drove by. Before he could get back to the store, people came pouring in, hot and frazzled for the ice water. They also bought soda and ice cream. The Husteads were never lonely for customers since then. 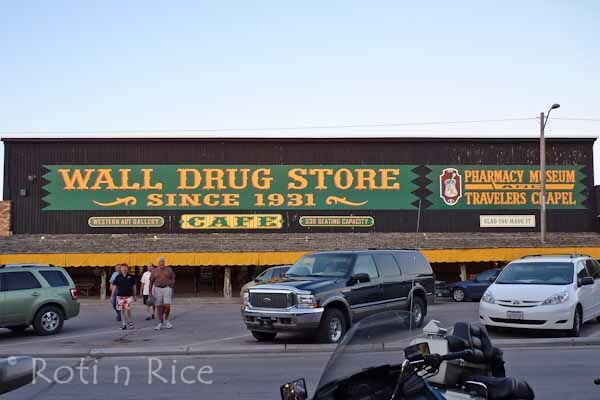 Today Wall Drug is a tourist attraction. It is a sprawling shopping mall consisting of a drug store, gift shop, restaurants, and various other stores operating under one single entity. 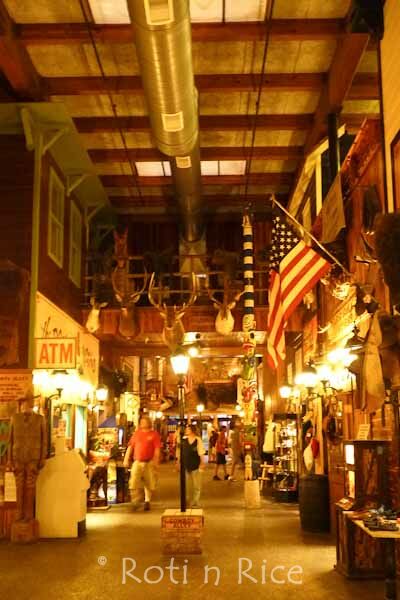 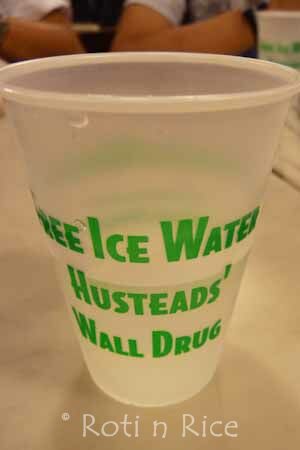 …and the 5 cents coffee. 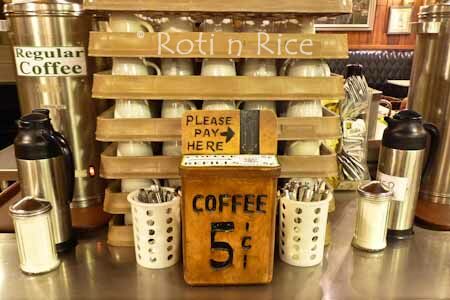 We had a quick bite at Wall Drug and drove on to Rapid City (6 hours’ drive from Sioux Falls) where we retired for the night. The next morning we woke up bright and early to beat the traffic to Mount Rushmore. We arrived at 8:30am and strolled leisurely through the park. The crowd started pouring in at 10:00am, by which time we were done and ready to move on to the other attractions in the area.

The sculptures against the blue sky are a sight to behold! They are majestic! Each one of the presidents’ faces measure 60 feet in height. 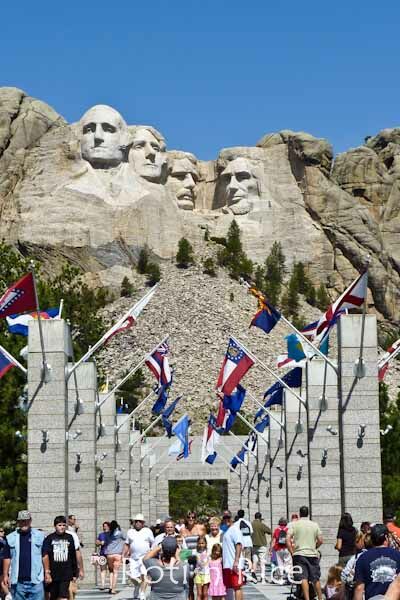 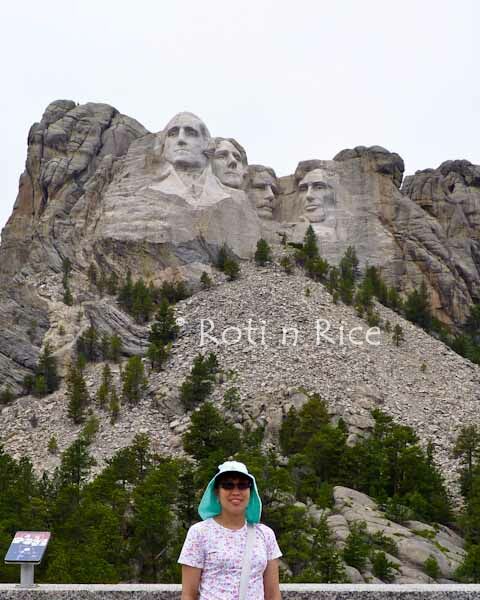 We drove by the Crazy Horse Memorial. This stone monument is still in-the-making with a few thousand cubic feet of rock blasted every year and since it is privately funded, no one really knows how long it will take to get the full figure of Crazy Horse (Tȟašúŋke Witkó) and his horse fully sculpted. 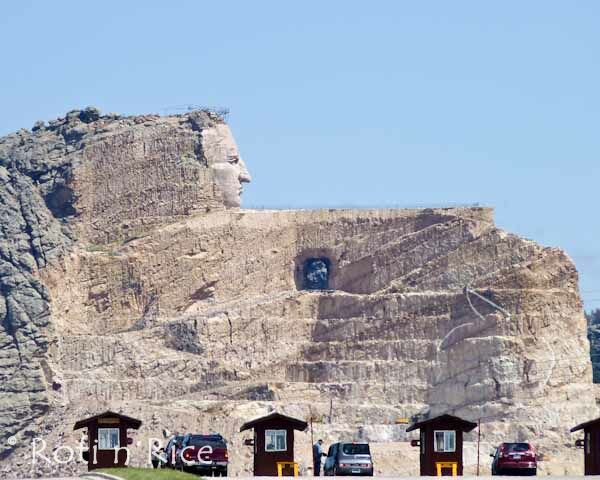 After a quick lunch we went on a scenic drive through the Needles Highway into Custer State Park. The highway is named after the high granite “needles” it winds among. 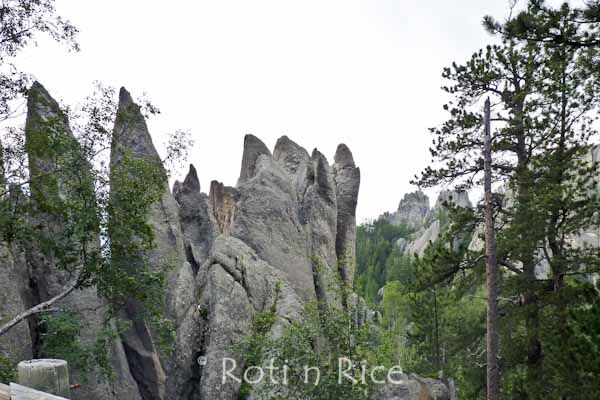 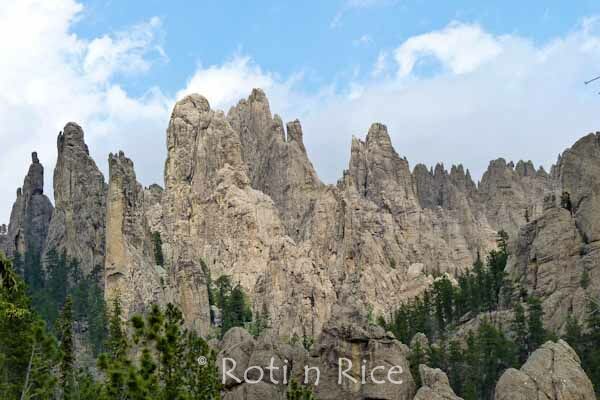 This is one of the single-lane tunnels along the Needles Highway. Watch out for those side mirrors!

We emerge on the other side of the park into the city of Hot Springs, home of the Mammoth Site. This is the world’s largest mammoth research facility and research and excavations are ongoing at the site dating back to its discovery by accident in 1974. Unusual bones (they are not fossilized rock, but actual bones) were unearthed during the excavation for housing on this hill which led to the amazing discovery of this paleontology site. 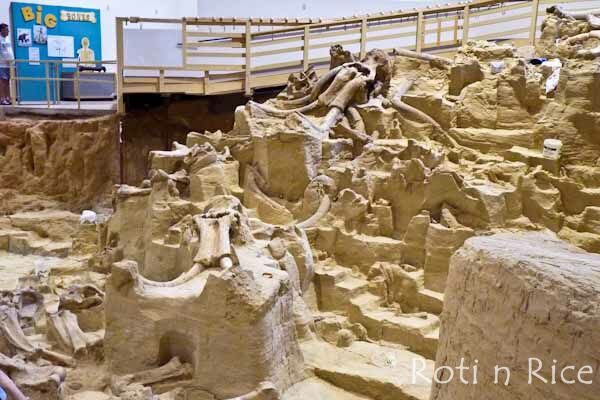 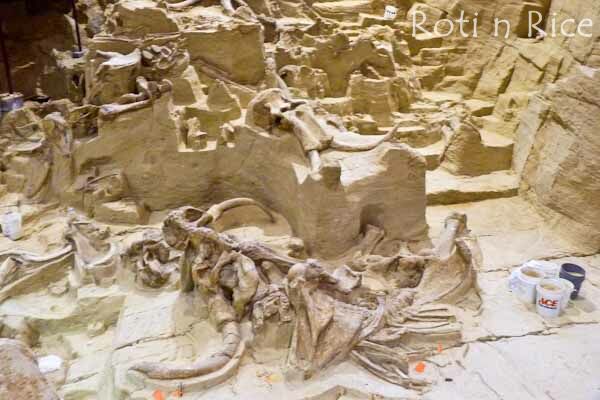 Winding our way back through Custer State Park via the wildlife loop, we found ourselves getting acquainted with some of the park’s hoofed inhabitants. Late afternoon on a sunny clear day is the ideal time for the grazing animals to come out and forage before nightfall. One can see them easily from the road. 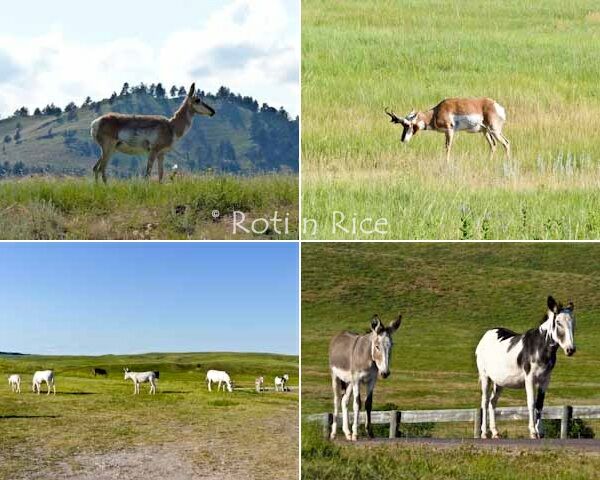 The park is known for the wild herd of donkeys nicknamed the Begging Burros. This donkey came right up to our “chuck wagon” looking for some attention. 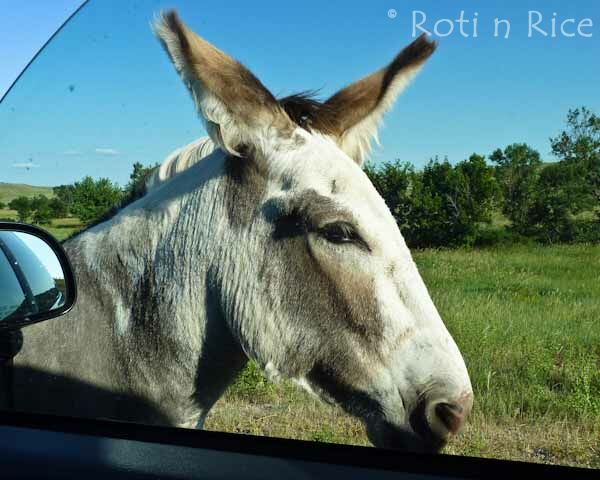 Custer State Park’s iconic creature is the buffalo. We were at the last leg of the loop and still no buffalo. And then just before reaching the exit, the buffalo herd FOUND US! In a really big way. Ignoring the cars on the road, much of herd actually just walked down the highway and passed us. They are really the kings of the road. 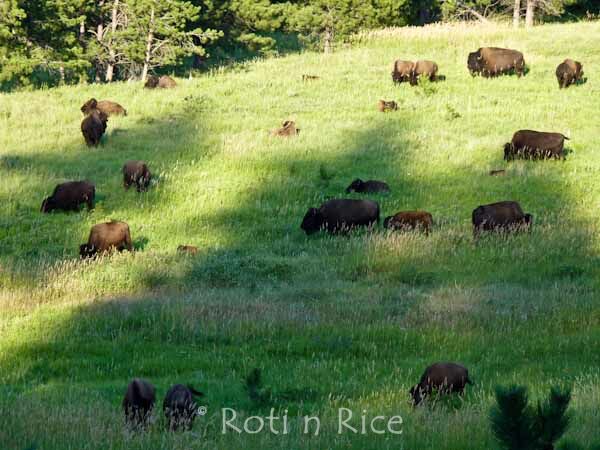 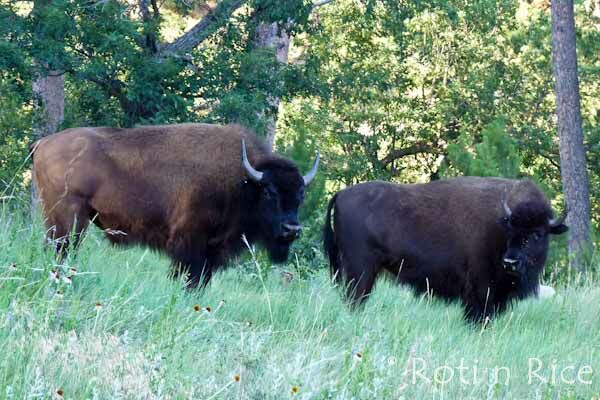 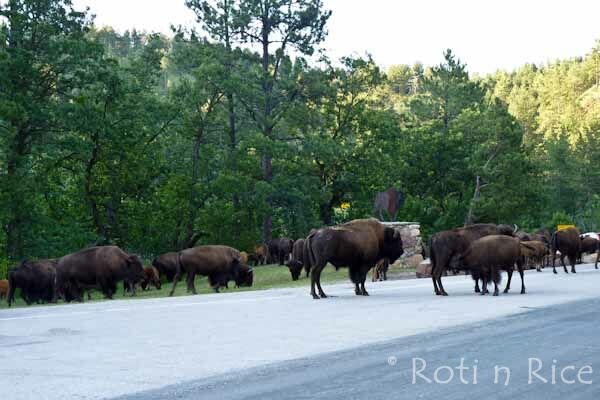 Check out this handsome bull. Care to butt heads? 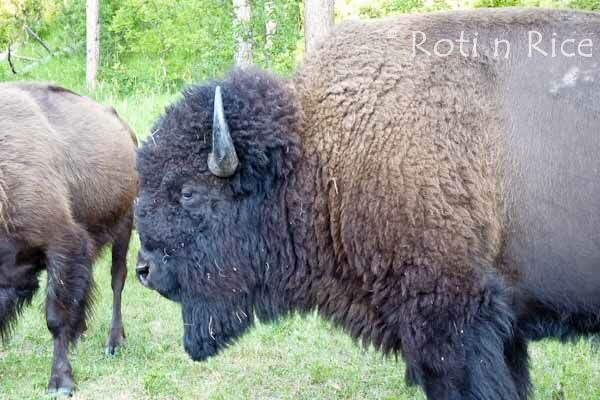 I will now demonstrate how to make a buffalo burger…hmm…maybe not, no recipe this time. Look out for Part II of Ma Biren Goes West!