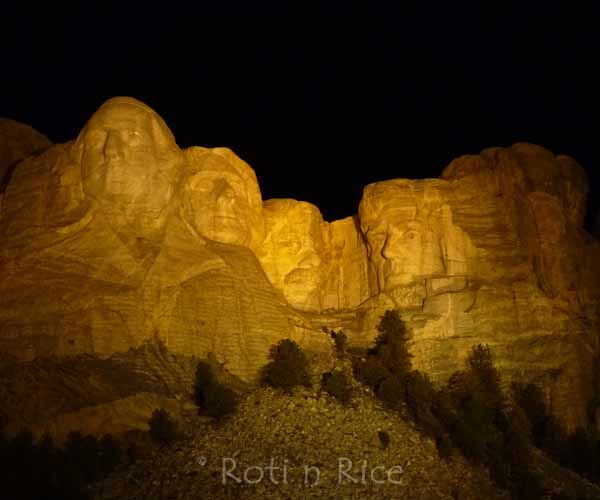 And now, Part II and conclusion of Ma Biren Goes West! Will there be more animals sightings? Does Biren put on climbing shoes and scale Mt. Rushmore? Will there be a recipe this time?

What’s cookin’ on the griddle….ma? No cooking. Ma Biren is still a-comin’ round the mountain when she comes!

After a quick breakfast of waffles, we head for our Sunday morning destination, a place tucked at the foothills called Chapel in the Hills. This unique structure has its roots all the way back in Norway. So how did a 12th century-style Norwegian Stavkirke end up in Rapid City? It seems that back in 1969, the Lutheran Vespers radio ministry decided to build this church as a link to the Nordic heritage of its many listeners in the West and Midwest. They obtained the original plans from the Norwegian government and the fine carvings were done by craftsmen from Norway. The building is surrounded by forest and it is a wonderful place to enjoy some peace and quiet. 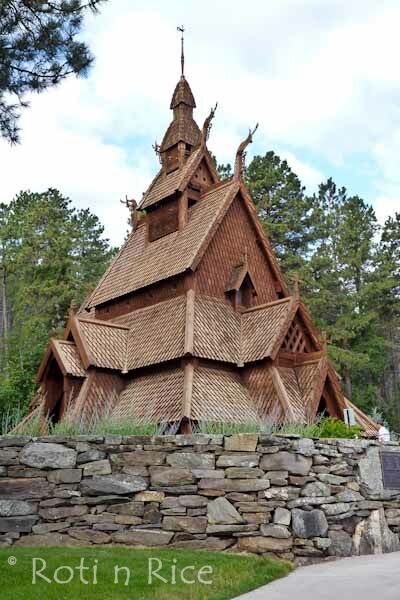 The next stop for the “chuck wagon” was a short steep climb up a hill overlooking Rapid City. This is the site of Dinosaur Park, a public works project from 1936 that has attracted kids (and their parents) for several generations now. Despite the fact that these concrete sculptures of dinosaurs are rather antiquated by today’s standards (Jurassic Park movies come to mind), the place continues to draw visitors. The family paleontologist, Ro-Taro was somewhat tickled by the tail-dragging dinosaur replicas. At the top of the hill, one gets a good panoramic view of the city and the surrounding Black Hills. 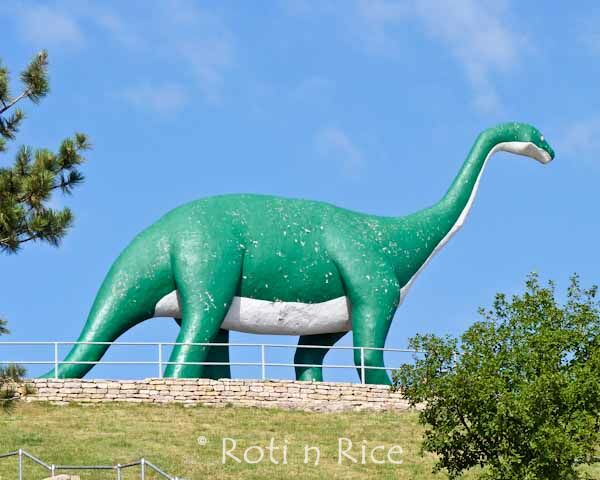 Chapel, dinosaurs,……..airplanes??? Obviously there is no central theme in this itinerary, who booked this tour?

Our next stop was the South Dakota Air and Space Museum, just outside Ellsworth Air Force Base. As you pull into the parking lot, you are greeted by the sight of a B1B Lancer bomber, a huge aircraft with wheels as tall as a person. It was Ro-Jiro’s turn to get all excited since he is the aircraft buff in the brood. We also took a coach-driven tour into the air base itself, including a special excursion down into a Minuteman missile silo. During the Cold War, the surrounding rolling hills of South Dakota were dotted with such concrete silos, 90 feet deep.

The museum has indoor hangar displays of air force equipment, uniforms, Cold War era missiles and the outdoor display of 30 aircraft, the largest three being the B1B Lancer, the B52 Stratofortress and this B-29 Superfortress. 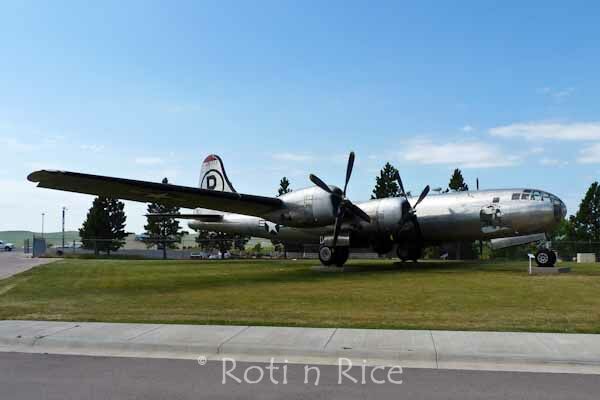 Among the aircraft, one particular one has a claim to presidential fame. This B-25 Mitchell was General (and later President) Eisenhower’s personal transport during WW2. 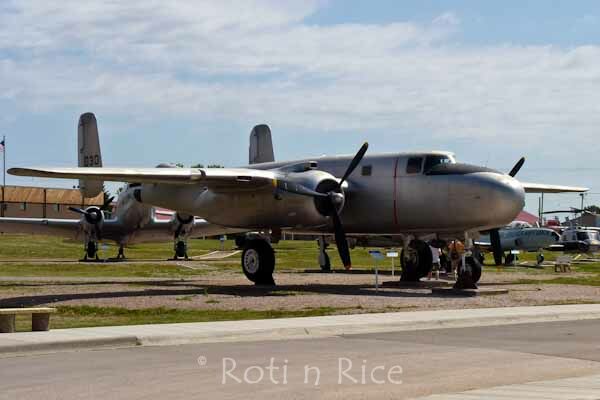 What else can we think of next?

That Sunday was also The Cruiser Car Show in downtown Rapid City with cars ranging from souped-up T-Model Fords all the way to 70’s muscle cars showing off their immaculate interiors, super paintwork and chromed engines. A nearby street concert was belting out 50’s tunes with Elvis impersonators and even an actual Hound Dog on stage. There’s got to be trouble brewing in this heady mix…. 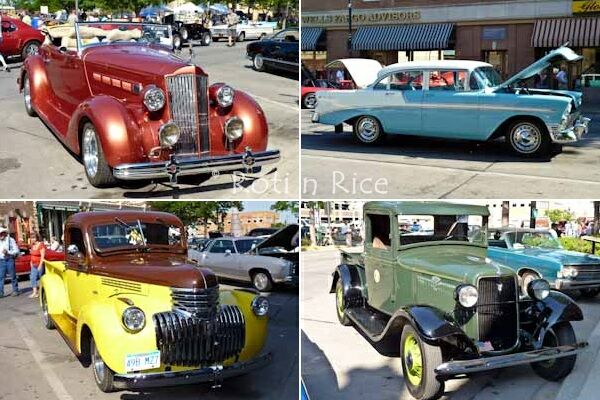 The next thing you know, Ma Biren got deputized by the sheriff. She was last seen riding out of town into the sunset on this police thingamagic that looks like a cross between R2-D2 and a Roman chariot….(I guess they don’t use horses anymore). 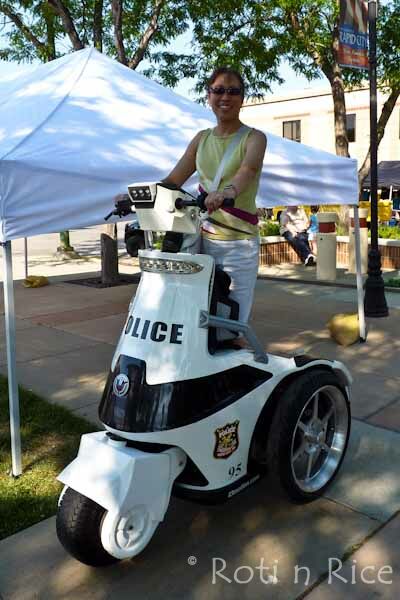 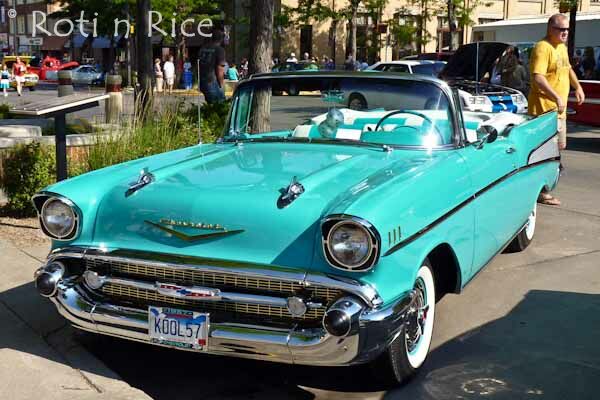 All this horsin’ around gets everyone thirsty and hungry. So it’s off to the saloon, or in this case the local micro-brewery that was once the city firehouse. Nothing’s what it seems in Rapid City. 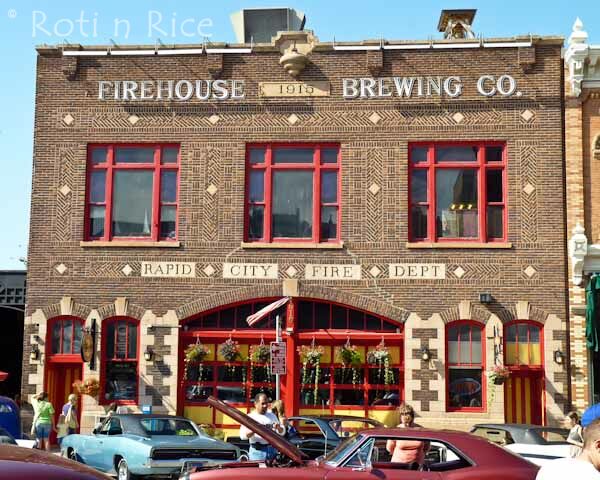 Biren had a plate of “Spontaneous Heating” (actual name on the menu). This Firehouse spicy gumbo combines Andouille sausage, clams, shrimp, chicken, and smoked sausage in a rich gravy served over a bed of rice. Rachel Ray, from The Food Network, also indulged in this famous dish. Whoa…that was one very tasty and spicy dish! 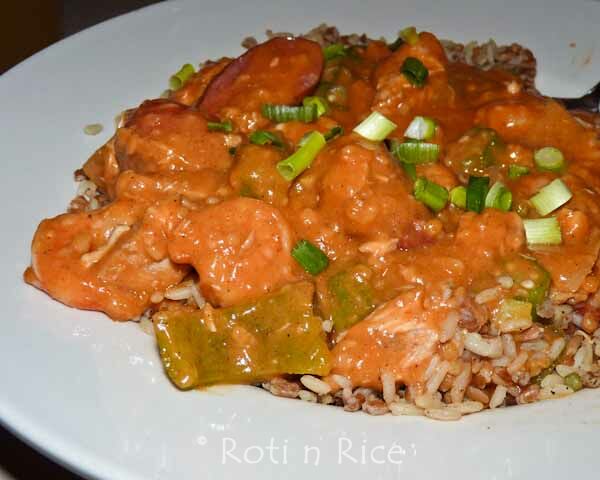 So spicy that she had to douse the heat with a pint of Buffalo Bitter! There were several house brews to choose from ranging from pale ale to full-bodied red brews. She thought that dinner was the end of the day’s program. 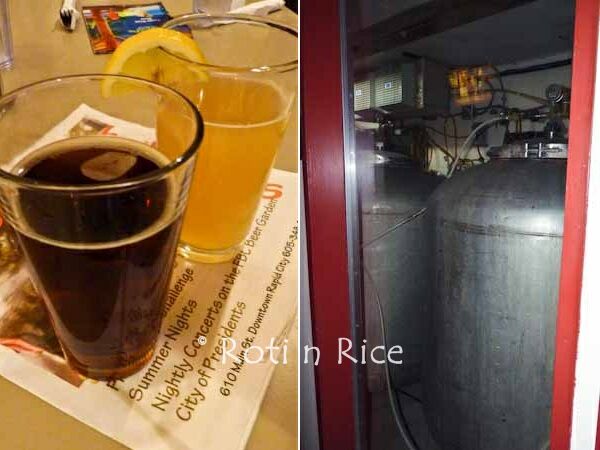 But Ro-Ri San had a surprise for us. He suggested that we took one last look at Mount Rushmore….(“I hear that the monument looks nice in the moonlight…”)

There was a crowd at Mount Rushmore for the sculpture lighting program held at the park’s amphitheater each night at 9 pm. Surrounded by a packed amphitheater and viewing terrace, the program started with a park ranger’s talk, followed by a film about the four presidents on the mountain, a ceremony honoring veterans and current service members, a trumpet reveille while lowering the flag, and the lighting of the mountain side from floodlights below. 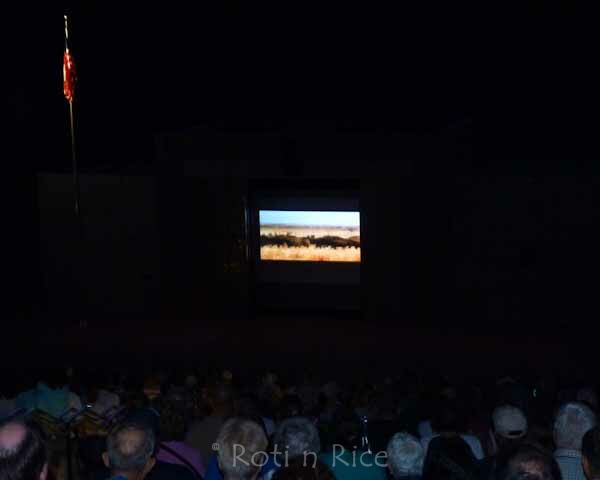 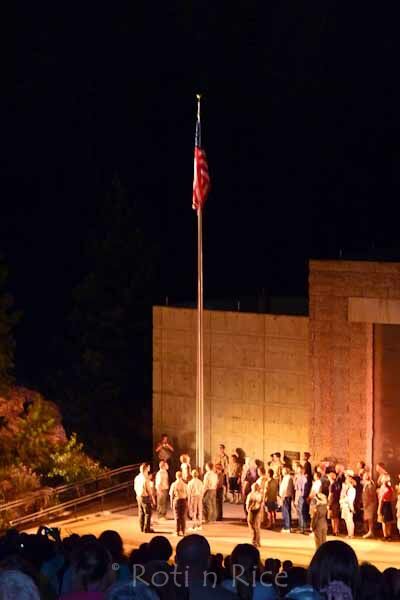 Lots of cheering from the crowd as the faces on the rock got lit up for the night. 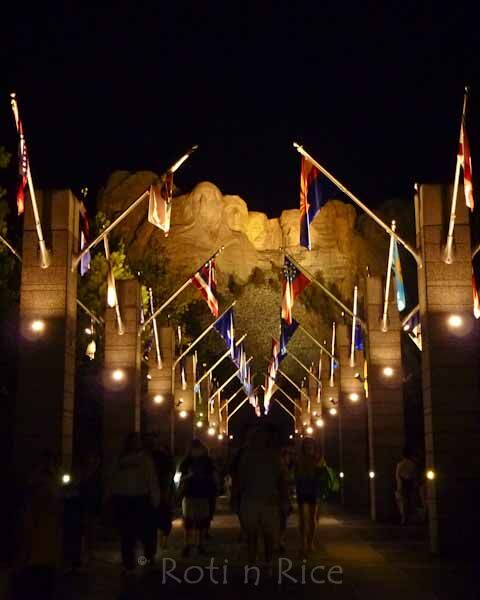 We had an enjoyable vacation and now home beckons. As the wise T-Rex at Wall Drug says, “Bring Your Camera”. 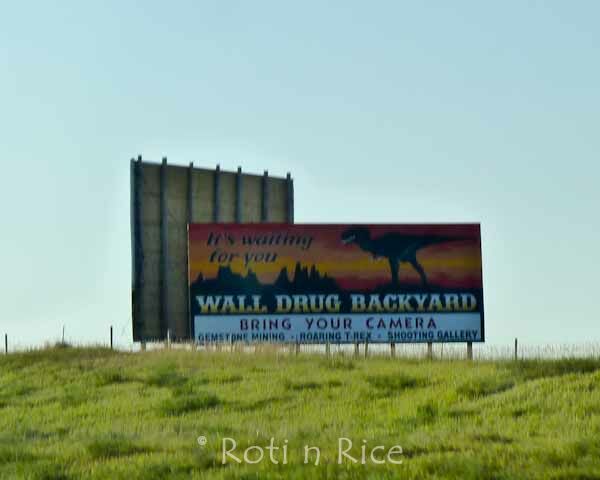 After so much excitement from the trip, Biren is taking a two-week break from blogging (some of us need more R&R time than others). 😉 However, there will be some posts on auto-pilot. Please continue to visit. Thank you ♥♥♥!