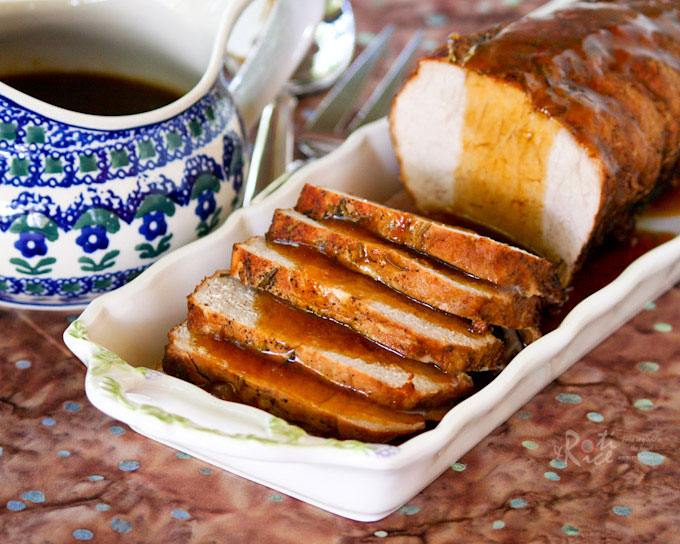 Marmalade is my favorite jam. I always have a jar or two in the refrigerator and in the pantry. It is delicious spread on toast or used in baking and cooking. Recently, I opened a larger than usual jar which gave me an excuse to make this Marmalade Pork Loin Roast. I also made a beautiful loaf of Marmalade Tea Cake posted on my other blog, Tea Tattler.

Once I got started, I could not stop. I used half a cup of marmalade for each recipe. The tea cake was marvelous and so was this gorgeous chunk of boneless Marmalade Pork Loin Roast. Orange and pork just seem to go so well together. Little else was needed. 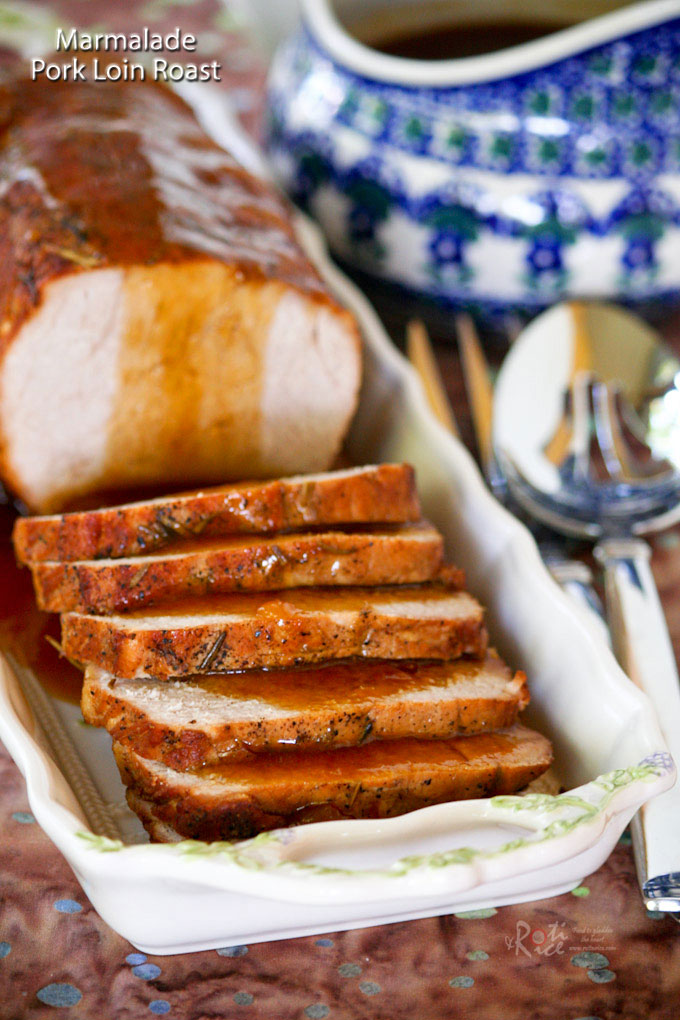 I kept it simple by adding some dried rosemary, pepper, and a cinnamon stick. I did all the cooking in my cast iron Dutch oven on the stove. After nearly two hours of cooking, I was rewarded with this deliciously moist and fork tender Marmalade Pork Loin Roast for dinner.

The boys enjoyed it so much I made it again yesterday evening. That was the end of my jar of marmalade but I am glad it was put to good use. Time to get another jar soon. 😉 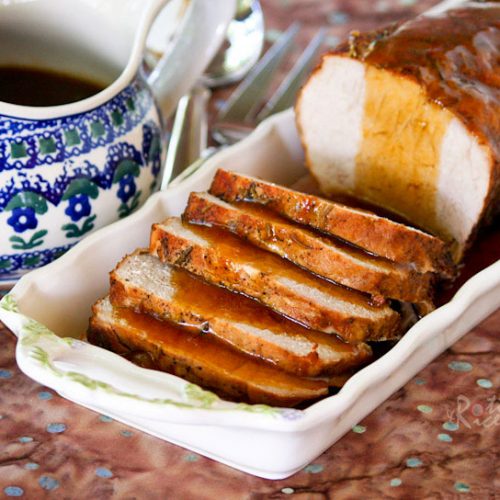 I served this Marmalade Pork Loin Roast Asian style with rice and stir fried vegetables. If you prefer a more Western style meal, I think the pork will be delicious paired with these Pan Fried Smashed Fingerling Potatoes. For a salad, try this Cara Cara Orange Blackberry Salad. Do give it a try.