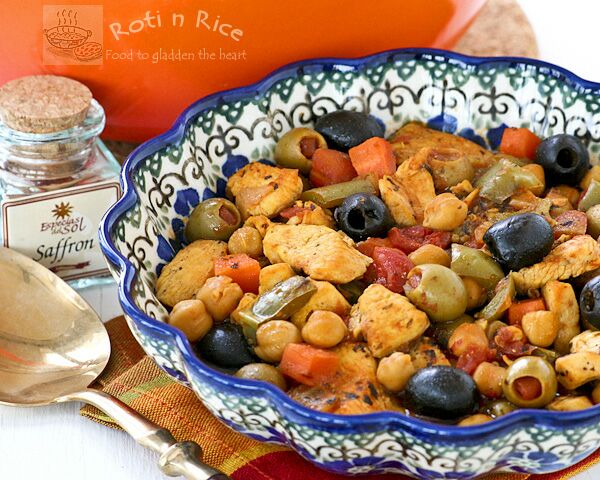 Recently I was contacted by the good people at CSN Stores to host a giveaway for my readers on this blog. I was thrilled to be given the opportunity as I have seen this being done on several other blogs. Do check out their fabulous range of dutch oven (s) with brand names like Le Creuset, Staub, and Demeyere, to name a few, from 200+ online stores, one of which is Cookware.com.

Anyway, here’s the deal. CSN will present a $50 gift certificate to one of you, my wonderful readers, to spend in any one of their stores. You will have no problems selecting something you like as they have a great selection of items to choose from. I wish I could open this to all my readers but this time it is for the folks in the US and Canada only, as stipulated by the event. Folks in Canada may have to pay international shipping charges if you win. Perhaps I could do a separate giveaway for my overseas readers at a later time. Please continue to comment as your comments are very much appreciated.

Here is how you enter.

This giveaway will open till 9:00pm Central time Wednesday, September 1st. I will randomly pick a winner and make the announcement on Thursday, September 2nd. Thank you for becoming my friend and for participating. 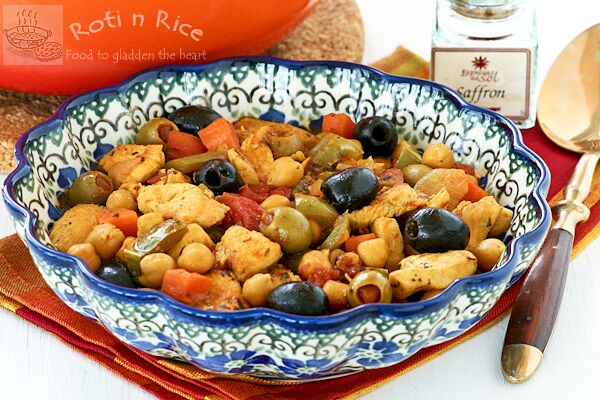 Talking about dutch ovens, I must say I really do enjoy cooking with my Le Creuset dutch ovens. I was fortunate to come across older ones that do not have the enamel coating on the inside. Yes, I was surprised to see that such pieces even existed and I love them all. They work beautifully. If someone out there has a similar pieces, I would love to hear from you. Anyway, I use them frequently and they are really well seasoned by now and behave almost like a non-stick pans. They are great for browning meats, stews, and soups. 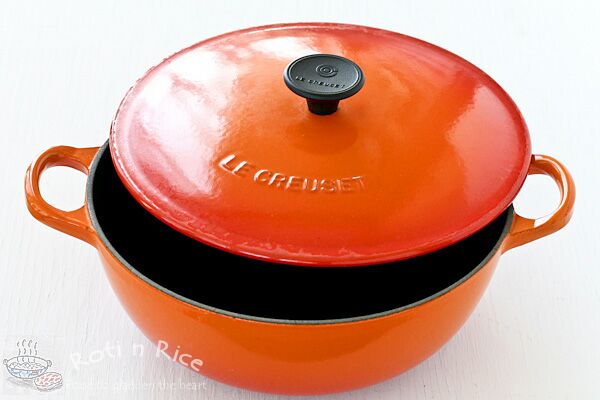 While Le Creuset is regarded as the gold standard for French enameled cast iron cookware, did you know that there was another French company that once rivaled them called Cousances? I believe they are no longer produced under that name as they were acquired by Le Creuset. A feature that distinguished them from their competitors was the base which was left without enamel. I chance upon this dutch oven, the only piece of its kind, at a store in Colorado some years back. Of course at that time I did not know about Cousances but the lady at the store kindly explained. Notice however, that the base on this piece is enameled like the other Le Creuset pieces but the interior is not. 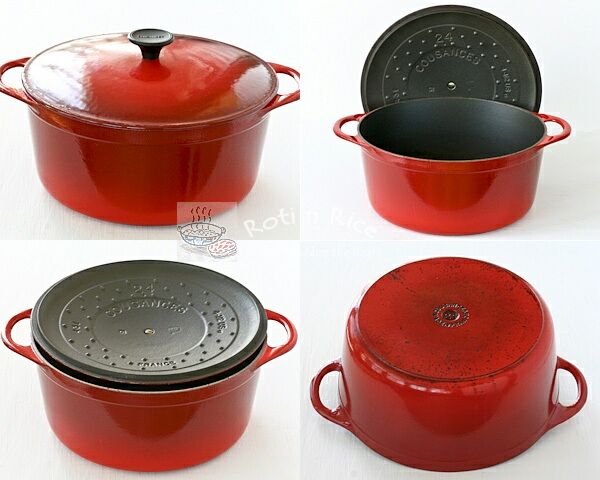 Now, for today’s recipe, I made Spanish Style Chicken Stew which I have not made in a while. This recipe calls for saffron which is used in Paella, a very well known Spanish dish. I find saffron fragrant with a slight hint of bitterness. I love the color it imparts when soaked, giving foods a rich, yellow-orange color. I would like to use it more but it’s price can be prohibitive. Fortunately, a little of it goes a long way. The other post that has safforn in it on this blog is Sumac and Rosemary Crusted Lamb with Saffron Pistachio Pilaf. Do check it out. 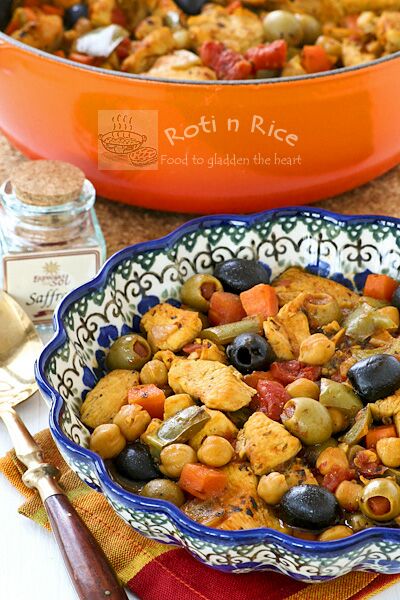 Note: If you prefer not to use saffron, you can substitute it with a ¼ teaspoon ground turmeric. I have made this dish many times using ground turmeric as saffron is an expensive spice and not something I keep in my pantry. I only buy it occasionally.

The recipe below was adapted from Simply Sedap by Chef Wan, one of Asia’s top celebrity chefs. I added a can of garbanzo beans or chickpeas to the stew. Please feel free to leave them out if you prefer not to have them in there. 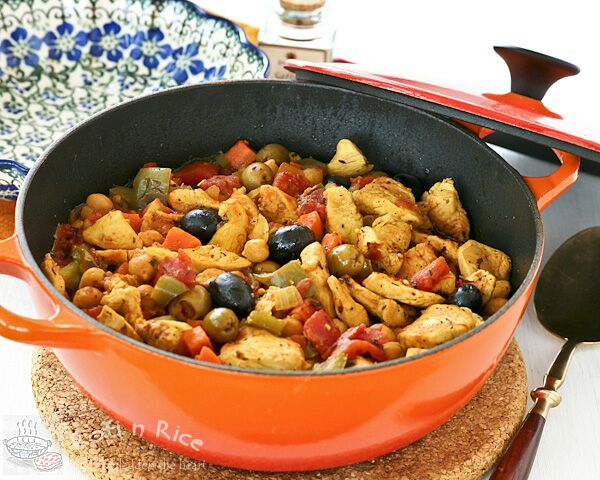 NOTE: This post was updated on February 20th, 2013 with new pictures. No changes were made to the recipe. 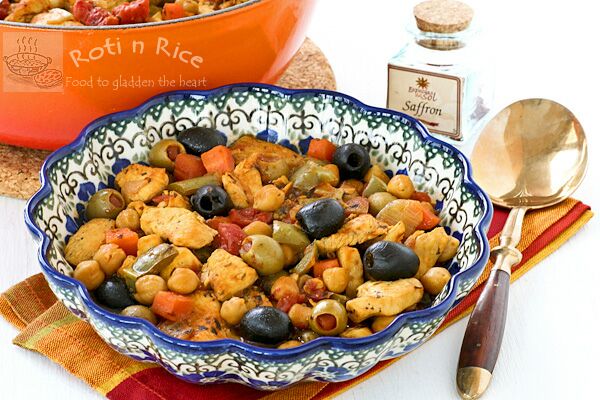