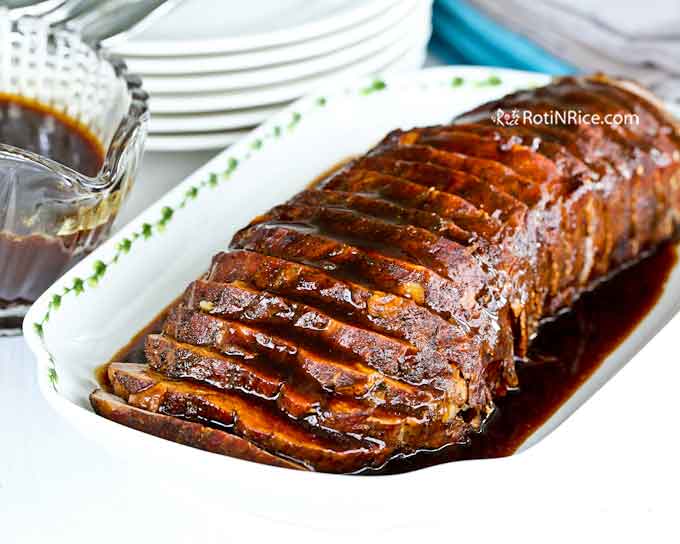 Pot roast using an entire chunk of meat is not something that is regularly prepared in a Chinese kitchen. Instead, the meat is cut into smaller pieces and braised. Hence, both methods are very similar in that the meat is cooked for a reasonable amount of time in liquid.

When I was growing up, we seldom ate beef because Mom did not eat beef back then. However, occasionally she would cook beef because Dad enjoys beef and she has no objections to us children eating beef. For a person who does not eat beef, she made a mean Asian style beef pot roast that is superbly tender, juicy, and flavorful. I remember it being such a treat when she did prepare this pot roast and served it with mashed potatoes. It was amazing! 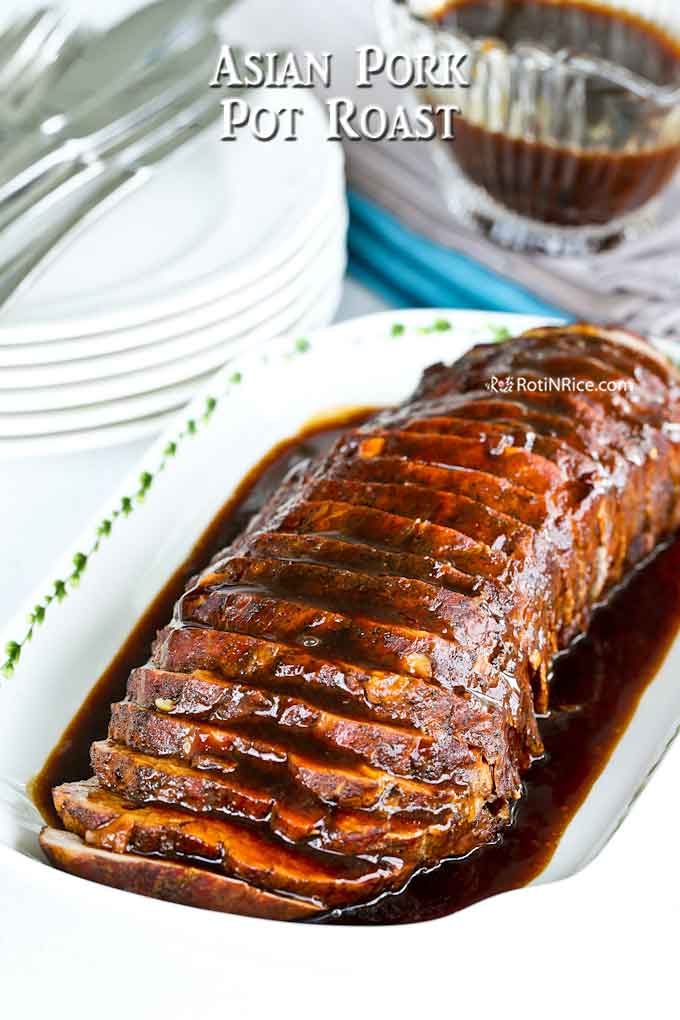 Using Pork Instead of Beef

So, why am I using pork today instead of beef? For some reason, I am not able to find a chunk of beef tenderloin when I decided to make this pot roast. They are usually cut into pieces and sold as filet mignon. I could probably use chuck roast but decided to pick up a pork loin instead when I was at the grocery store because it was on sale. The recipe works beautifully with either pork loin or beef tenderloin. The only difference is the cooking time. The next time, I will have to make an order with the butcher for a beef tenderloin. Maybe I should make that a Christmas project and place an order now.

As such, I am going to show you how to prepare this Asian Pork Pot Roast using Mom’s recipe. I have made this many times and it has never failed me. This time is no different. The sauce was awesome! I hope you will give it a try. 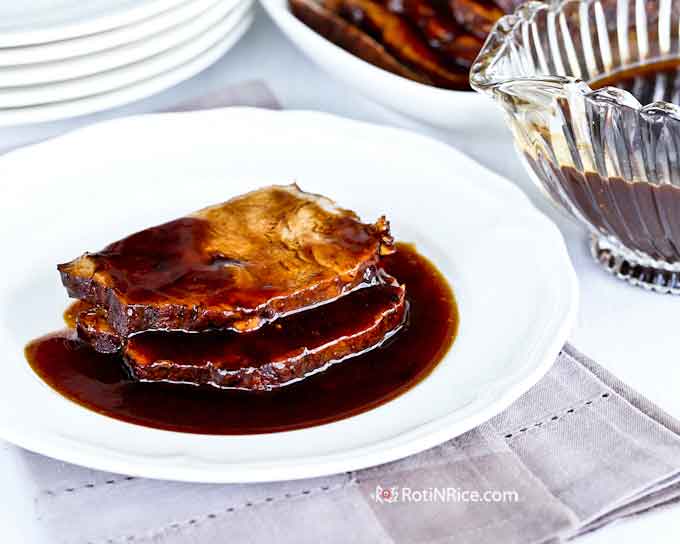 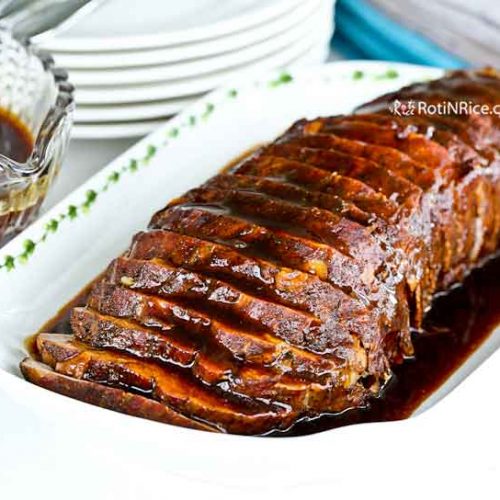 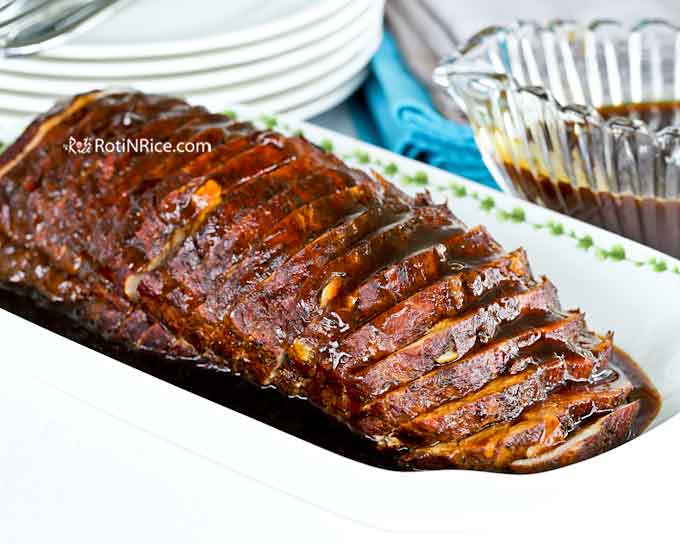 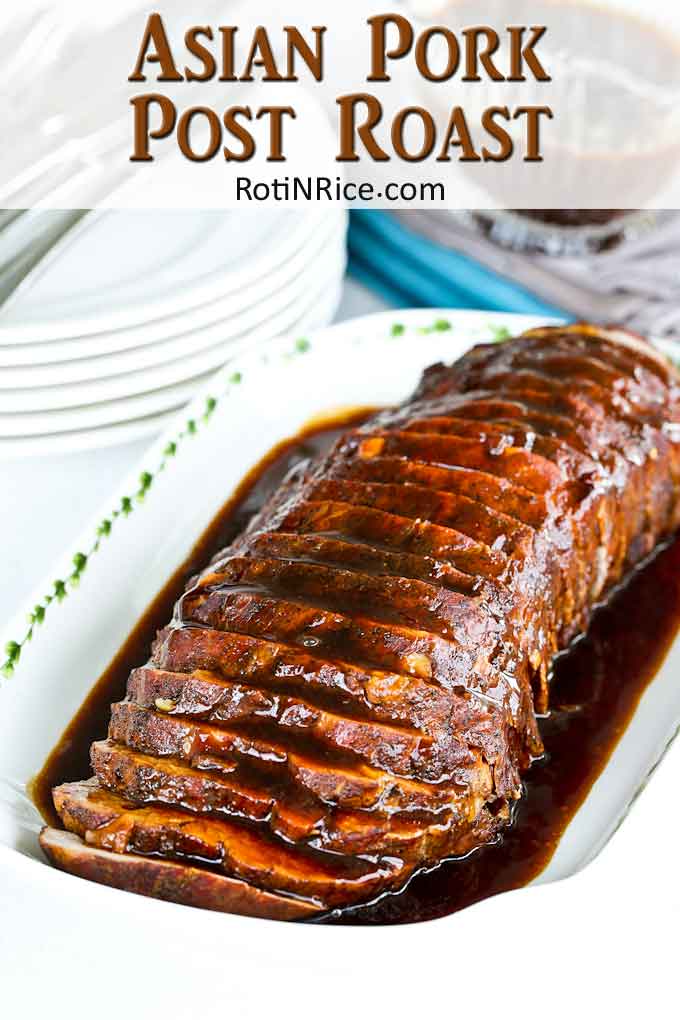 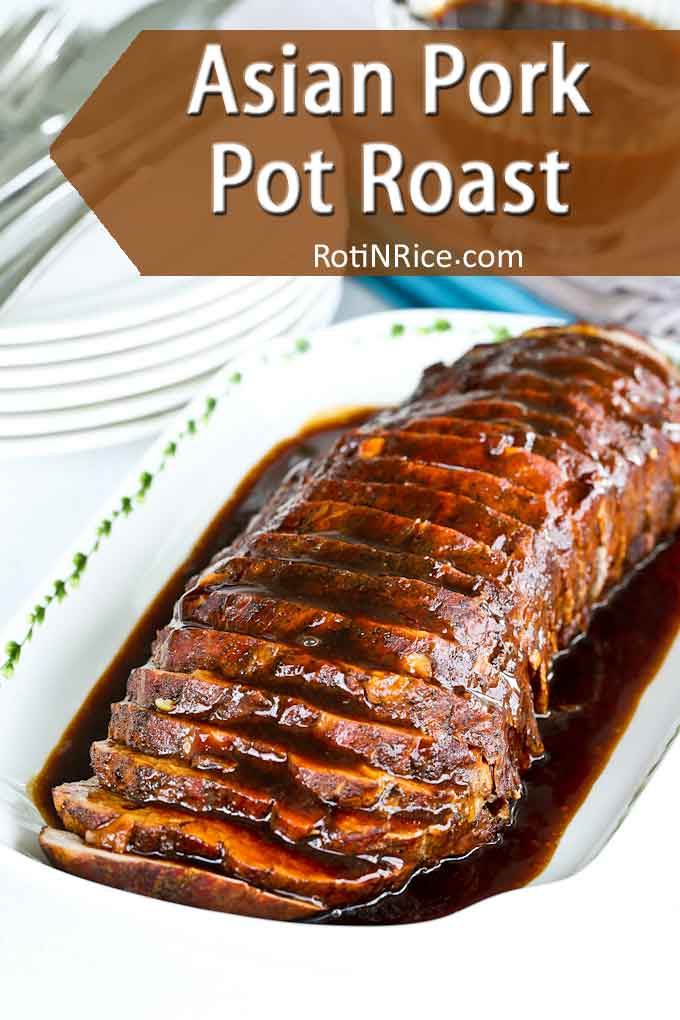 Roti n Rice is a participant in the Amazon Services LLC Associates Program, an affiliate advertising program designed to provide a means for sites to earn advertising fees by advertising and linking to Amazon.com.
Previous Post: « Coleslaw with Carrot Tops
Next Post: Pumpkin Dinner Rolls »