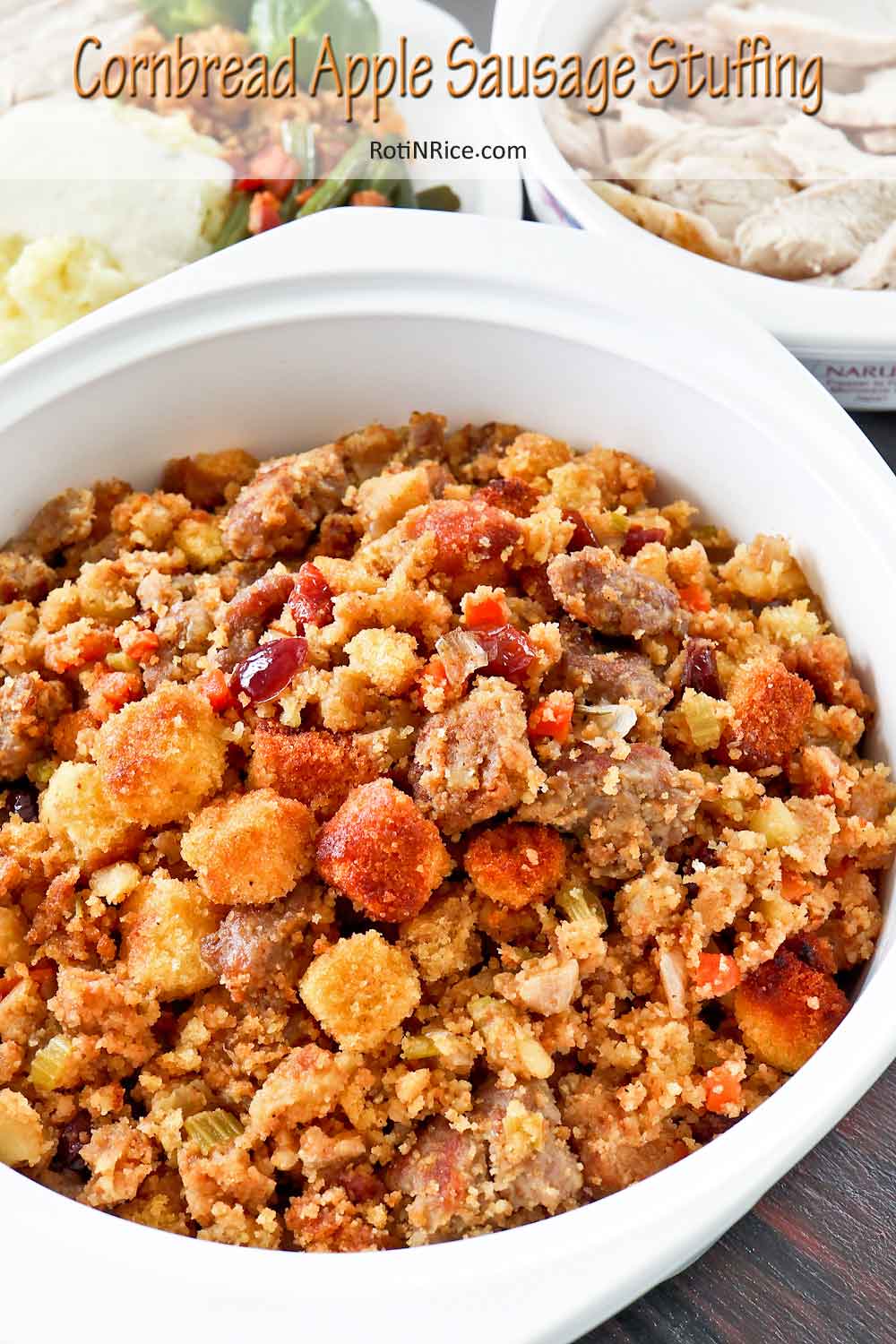 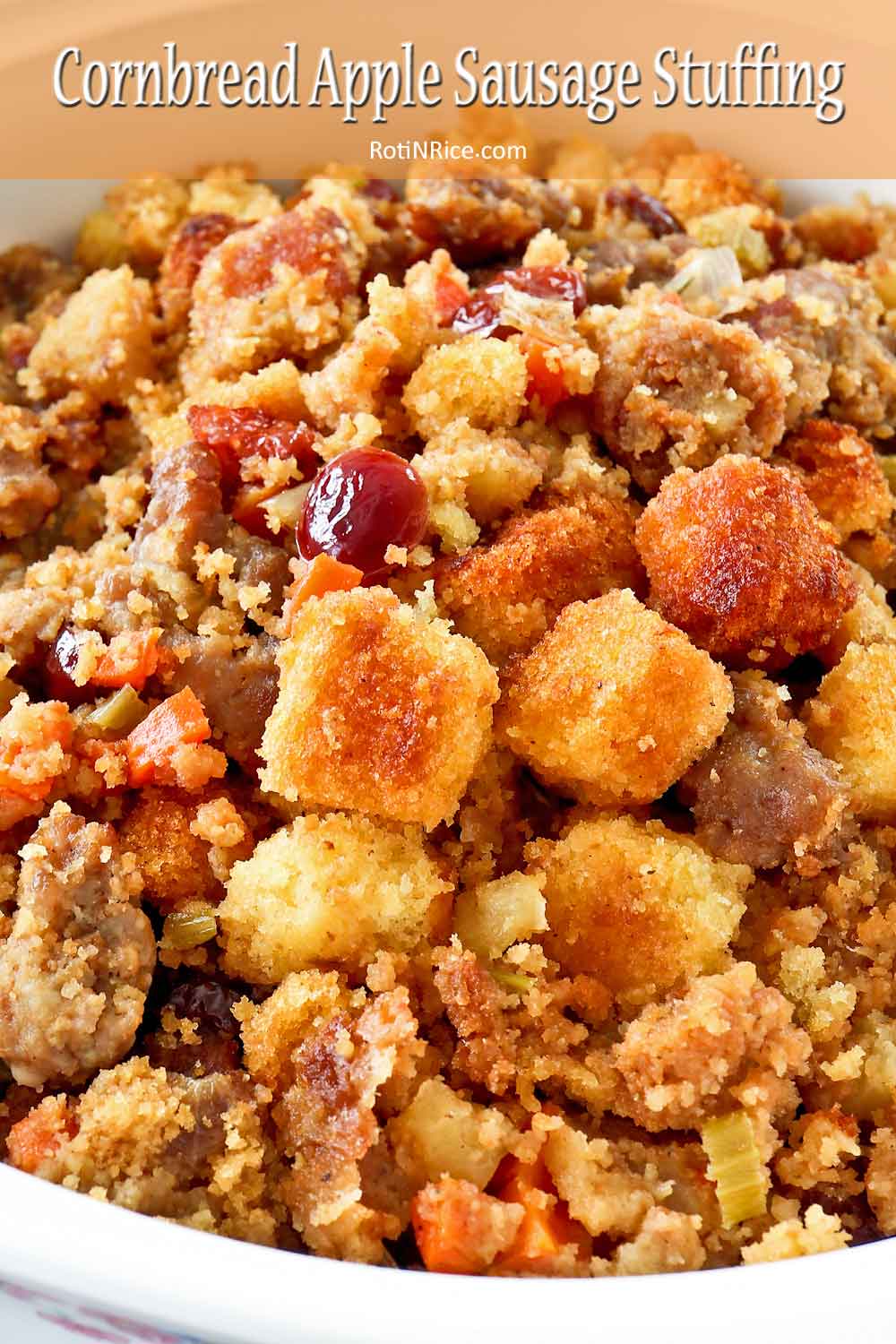 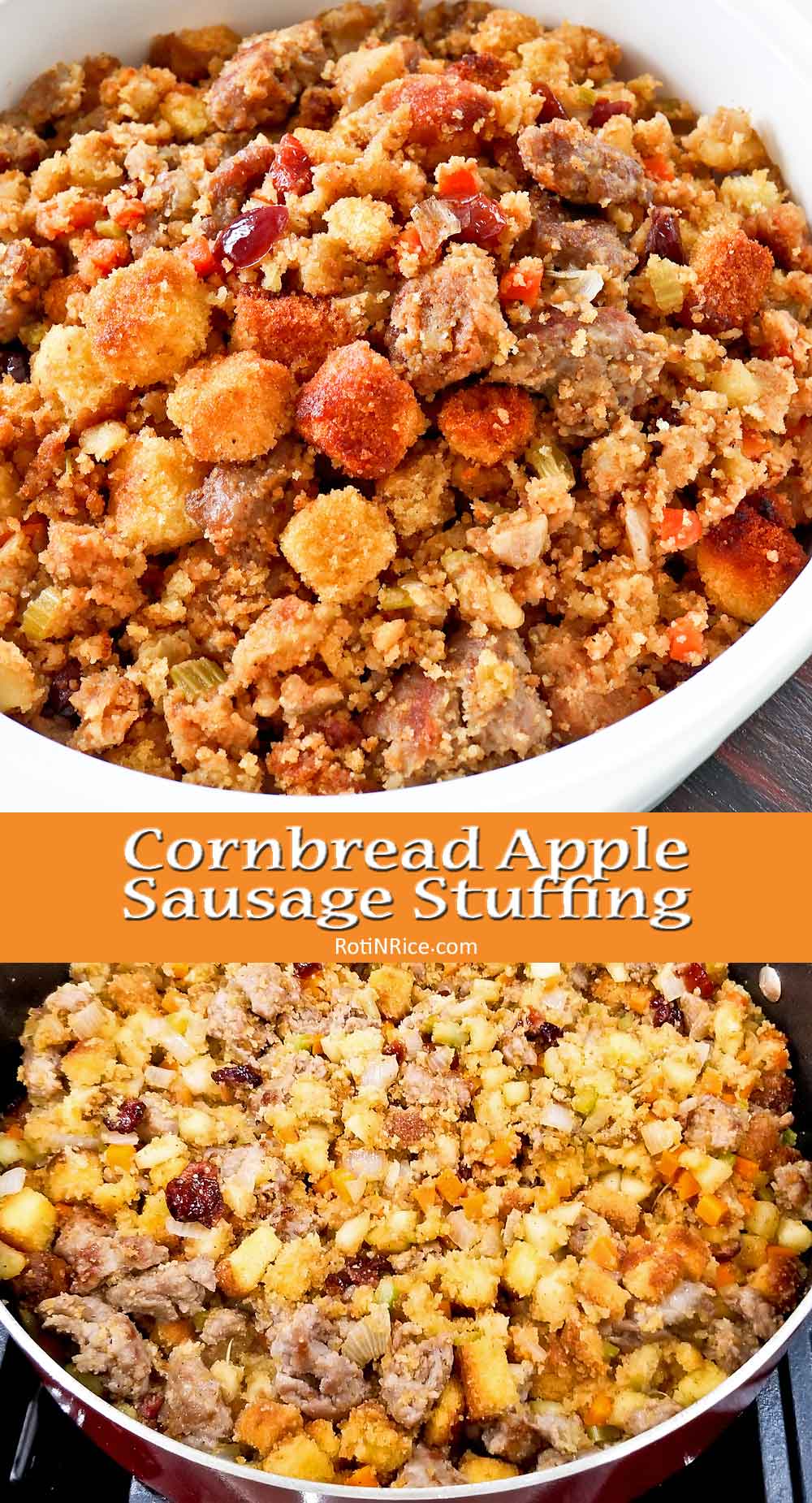 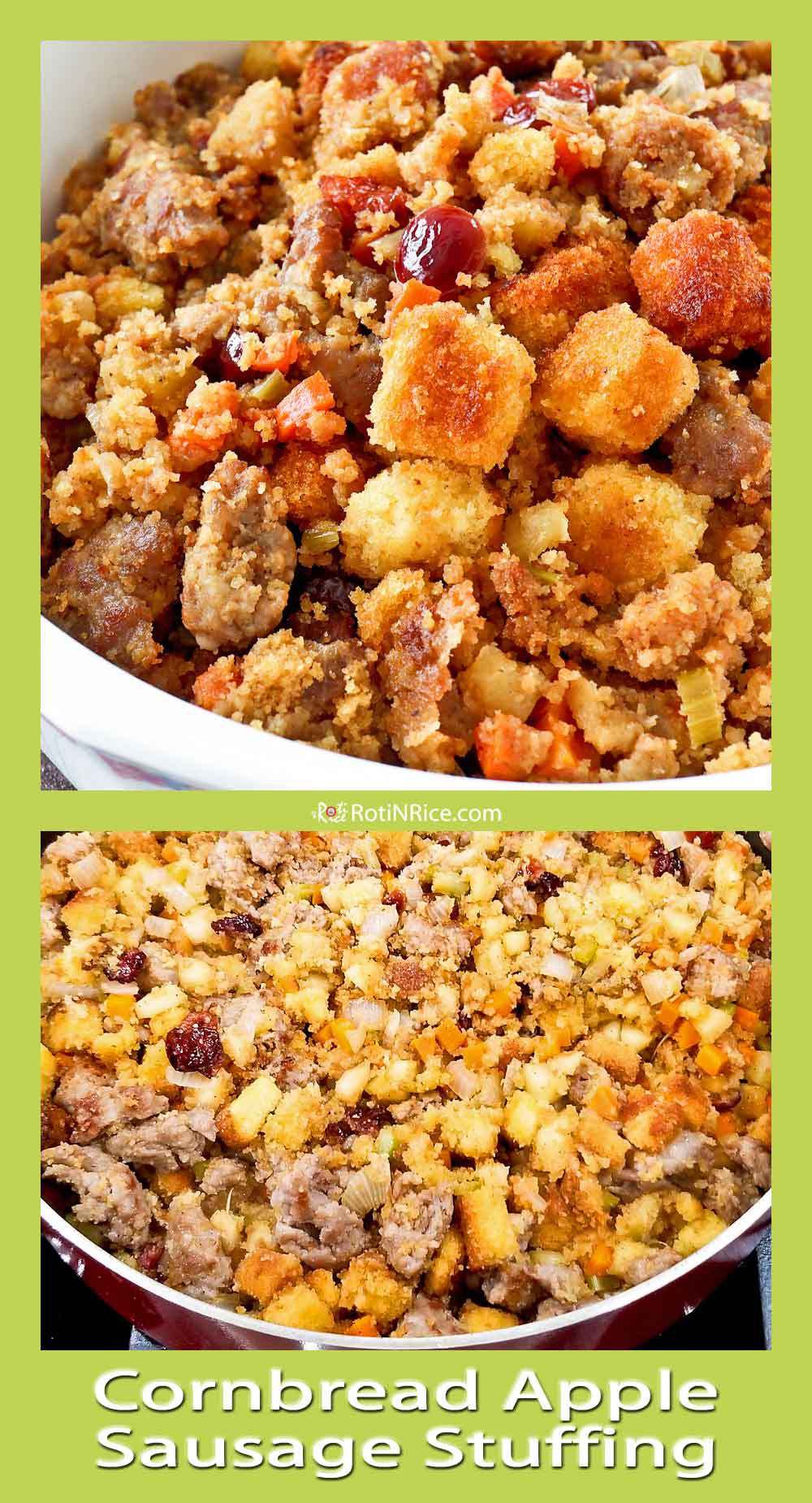 This sweet savory Cornbread Apple Sausage Stuffing will steal the show at your Thanksgiving table. You may never go back to bread stuffing. 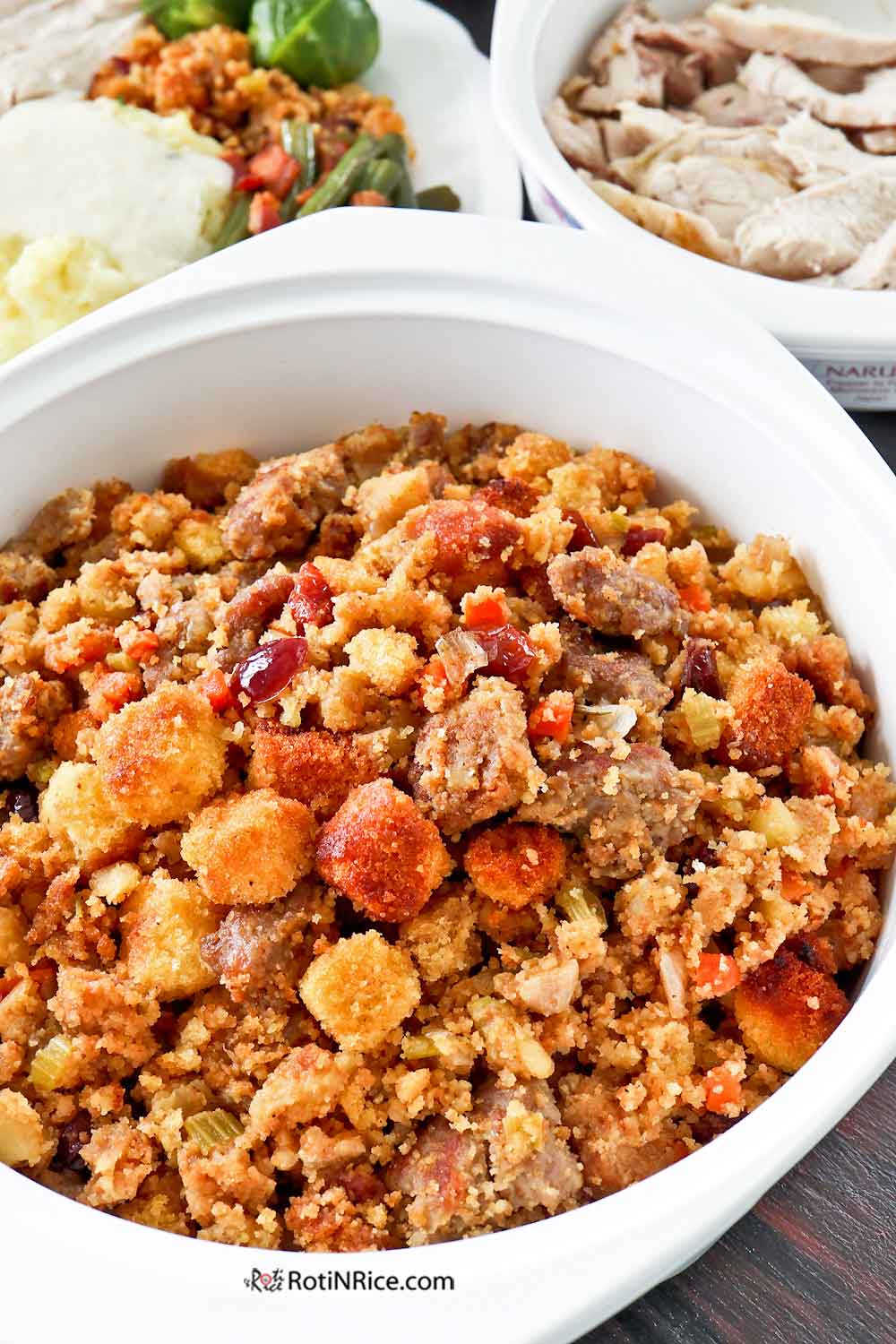 I have never tried cornbread stuffing up until the last Thanksgiving, although I have heard a lot about it. I did not want to make my own cornbread because I don’t need one more thing to prepare for Thanksgiving dinner.

As Providence would have it, I chance upon prepared cornbread while grocery shopping last Thanksgiving. There were only three packages left at the endcap and the lady standing beside me picked up two packages. As if feeling guilty, she told me that this store’s cornbread is really moist and buttery and I should try making cornbread stuffing instead of regular bread stuffing for Thanksgiving dinner.

Upon her persuasion, I decided to give it a try and so I picked up the last package of cornbread at the endcap. The lady also gave me some pointers on how to go about using the cornbread to make the stuffing. Since the cornbread is quite moist, she said I should toast it in the oven and I did just that. Of course, I ate a few cubes before and after toasting and the cornbread was really good just as she had said. 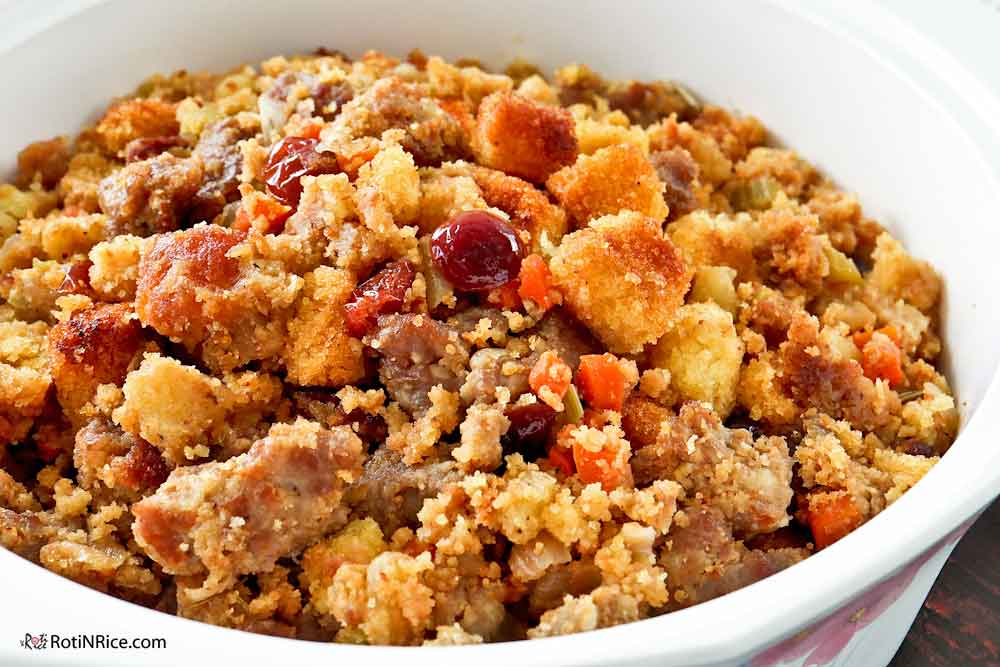 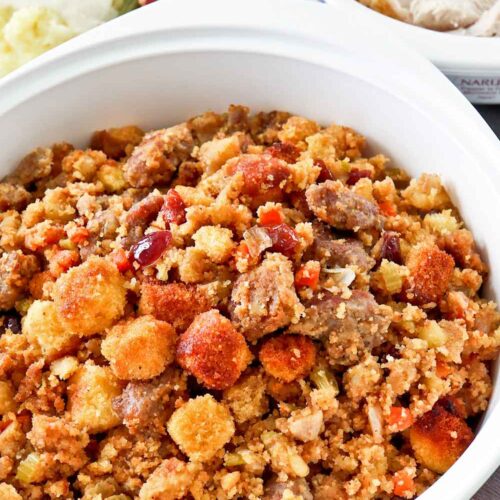 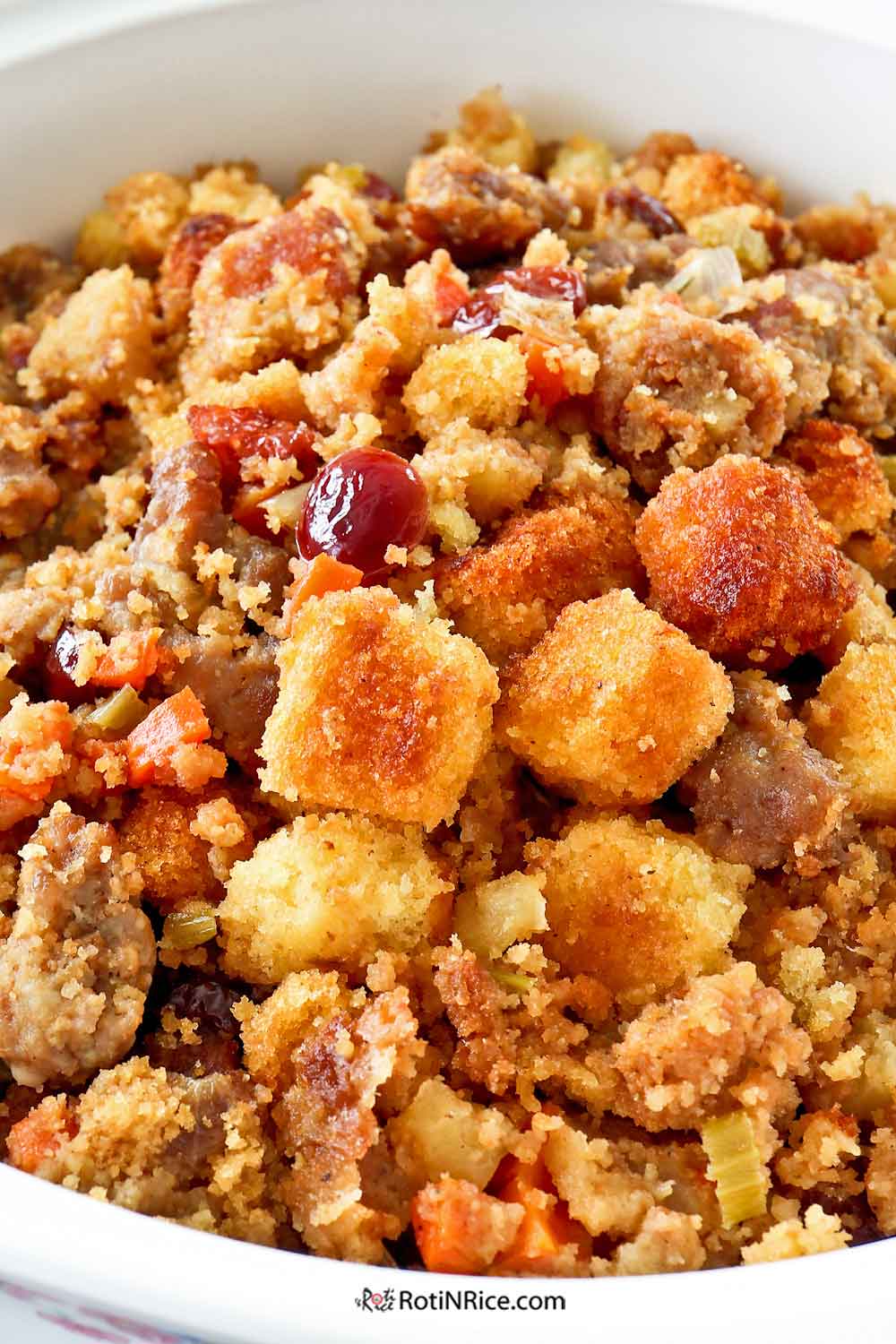 Just so you know, I took the pictures for this recipe last year. I was supposed to post the recipe last year after Thanksgiving Dinner but I never did and so here it is now. We enjoyed this very tasty stuffing with my Make Ahead Roast Turkey which also turned out amazingly well. We had a wonderful dinner and I am planning to make this Cornbread Apple Sausage Stuffing again for Thanksgiving this Thursday. I managed to buy the cornbread yesterday and will be toasting it soon.