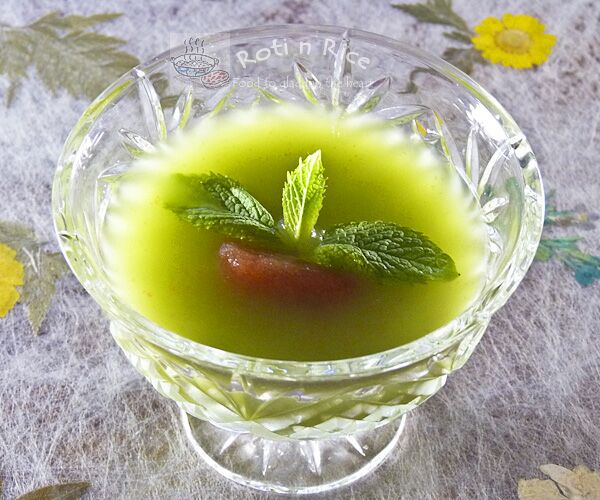 It has been almost a month since I received the Denver Junior League’s Creme de Colorado Cookbook from Lea Ann at Mangoes, Chili and Z who celebrated her blog’s First Anniversary in May with this cookbook giveaway. Thank you Lea Ann for this wonderful cookbook which has nearly 700 recipes in it.

I wanted to make a dish from this cookbook that would best represent the beautiful state of Colorado which was once home to us. Going through the book, I came across this Fire and Ice Soup that really spoke to me of Colorado. The fire is like the hot, dry summers there with clear blue skies while the ice is the cold, crisp winters that transform the place into a winter wonderland. 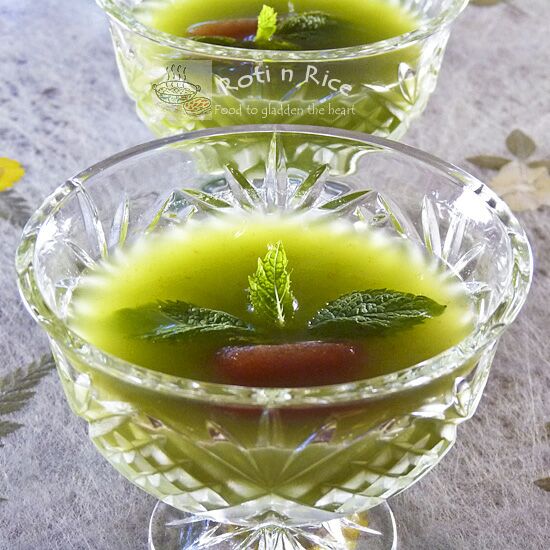 I adapted the recipe for the Hot Tomato Ice by using fresh tomatoes on the vine instead of canned tomatoes. As for the soup, I made a lighter minty Green Pea Soup instead of Avocado Soup. This soup has a lovely color with the Tomato ice giving it a nice contrast. It is light and refreshing. The slightly tart and spicy ice is a nice contrast.

This Fire n Ice Soup will pair beautifully with my Ebony n Ivory Dessert for a fabulous summer party.