Enjoy a glass of this cool and refreshing Kiwi Banana Smoothie for breakfast or a mid-morning snack. It is deliciously satisfying. 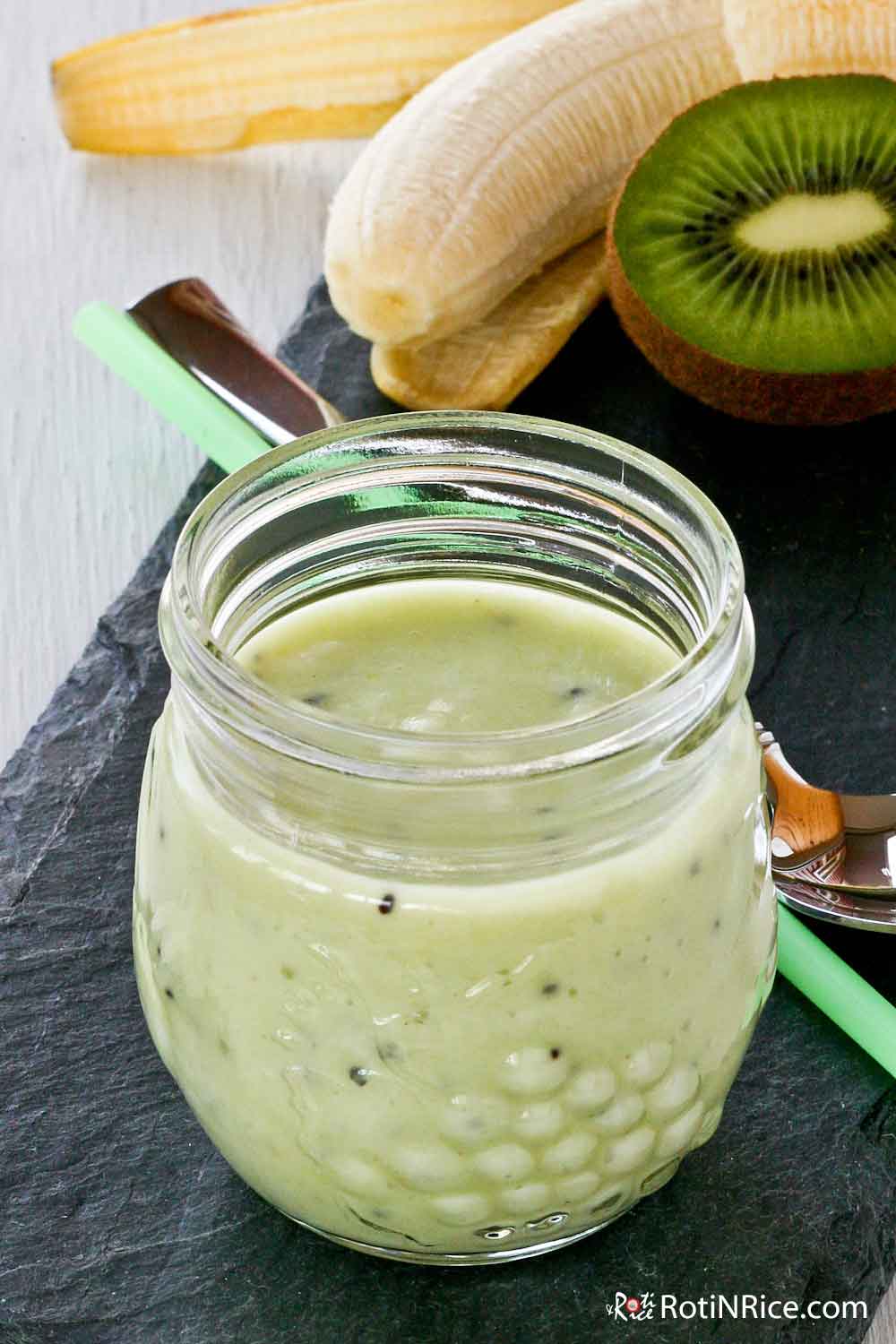 Though summer only officially begins on June 21st this year, the warmer weather calls for cooler and lighter foods. Just as I changed out our wardrobes with lighter clothes, I also cleared out the freezer of chunks of meat to make room for ice cream, fruit popsicles, fish, shrimp, wings, and meat patties destined for the grill. With the abundance of fresh produce in the stores and farmers markets, the fridge is usually well stocked with a variety of fruits and vegetables. Sometimes I leave baskets of these out on the counter as they make such a colorful and lovely display.

With all those fruits lying around, it makes me think of smoothies, sorbets, and fruit pies. While the latter two take a longer time to prepare, smoothies are quick and easy and are a real treat on warm days. This thick rich Kiwi Banana Smoothie is cool and refreshing and can be taken as a light meal. I chilled the banana and kiwi in the fridge before blending it. 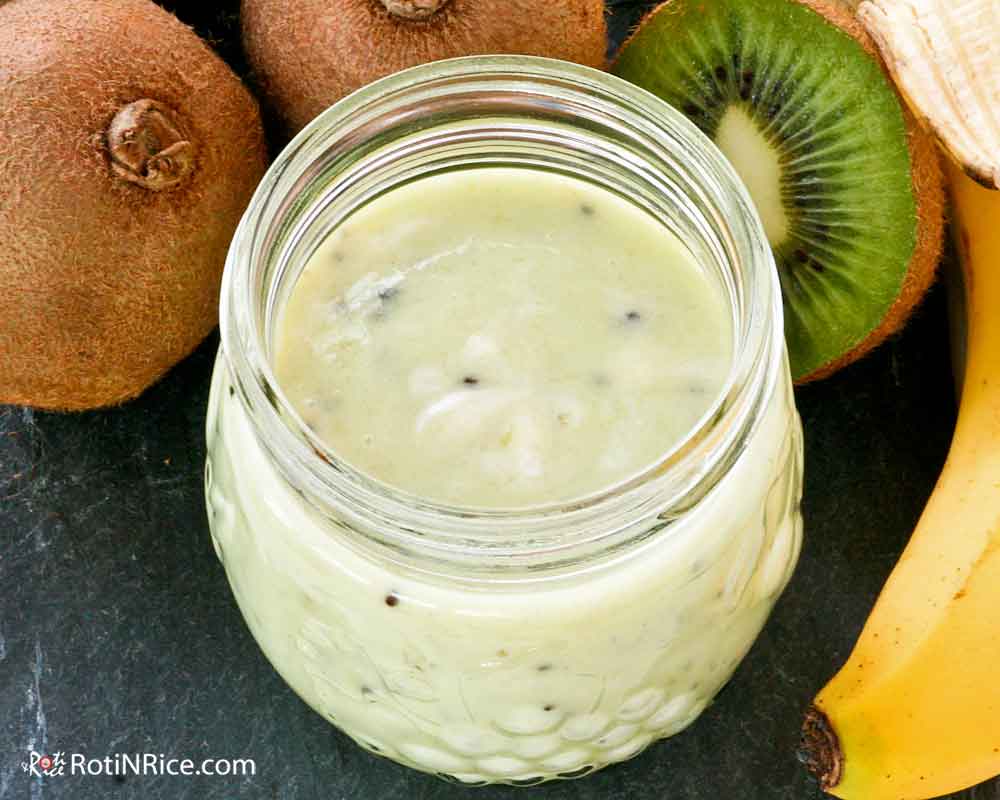 Kiwi fruit when mixed with milk is said to turn bitter because the enzyme in kiwi fruit breaks down milk proteins. Strangely, I did notice or experience this taste despite having left it sitting there while I took pictures. I am not sure if the banana helped. Swap out the Greek yogurt for almond milk if you find it bitter. 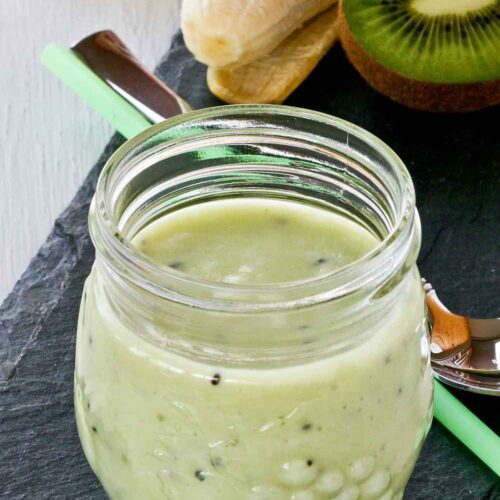 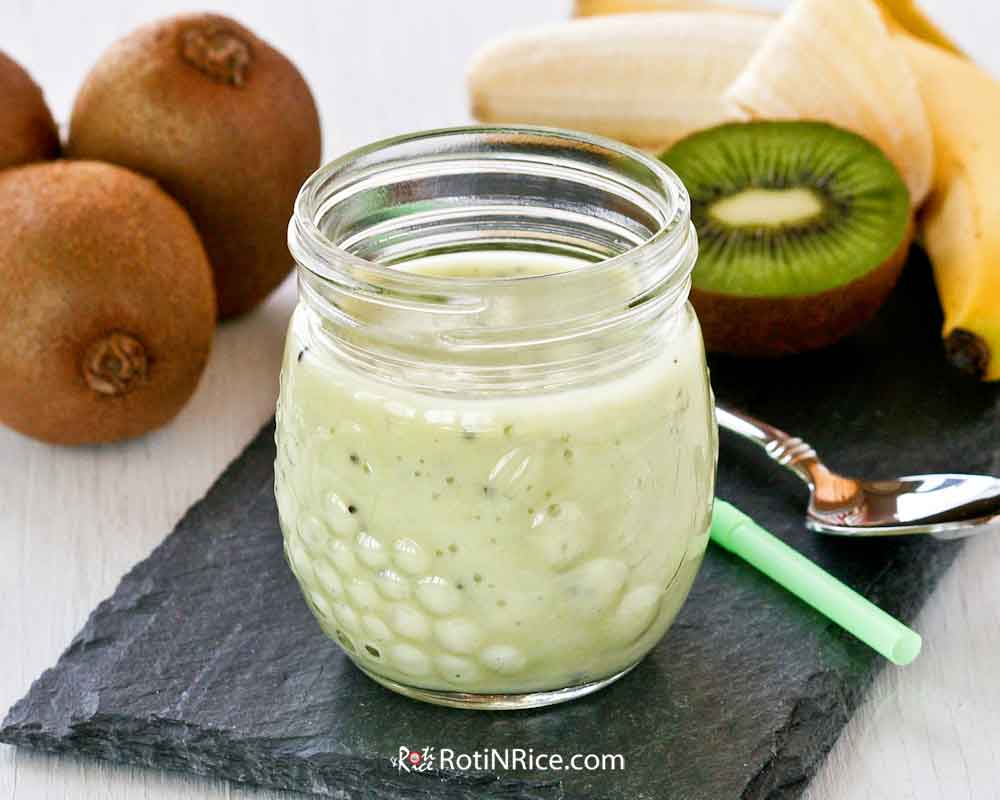 NOTE: This post was updated on January 12th, 2012 with new pictures. No changes were made to the recipe. 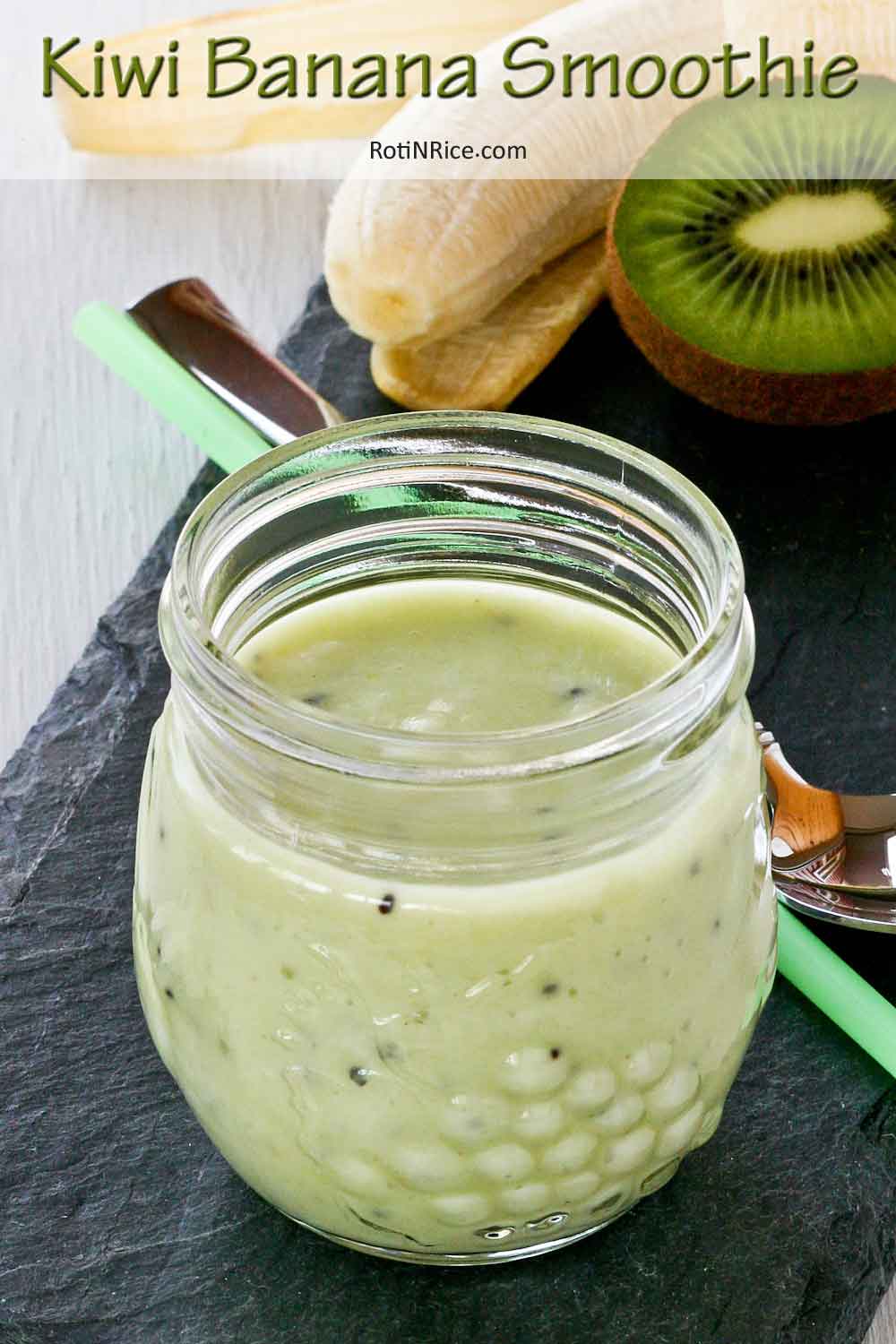 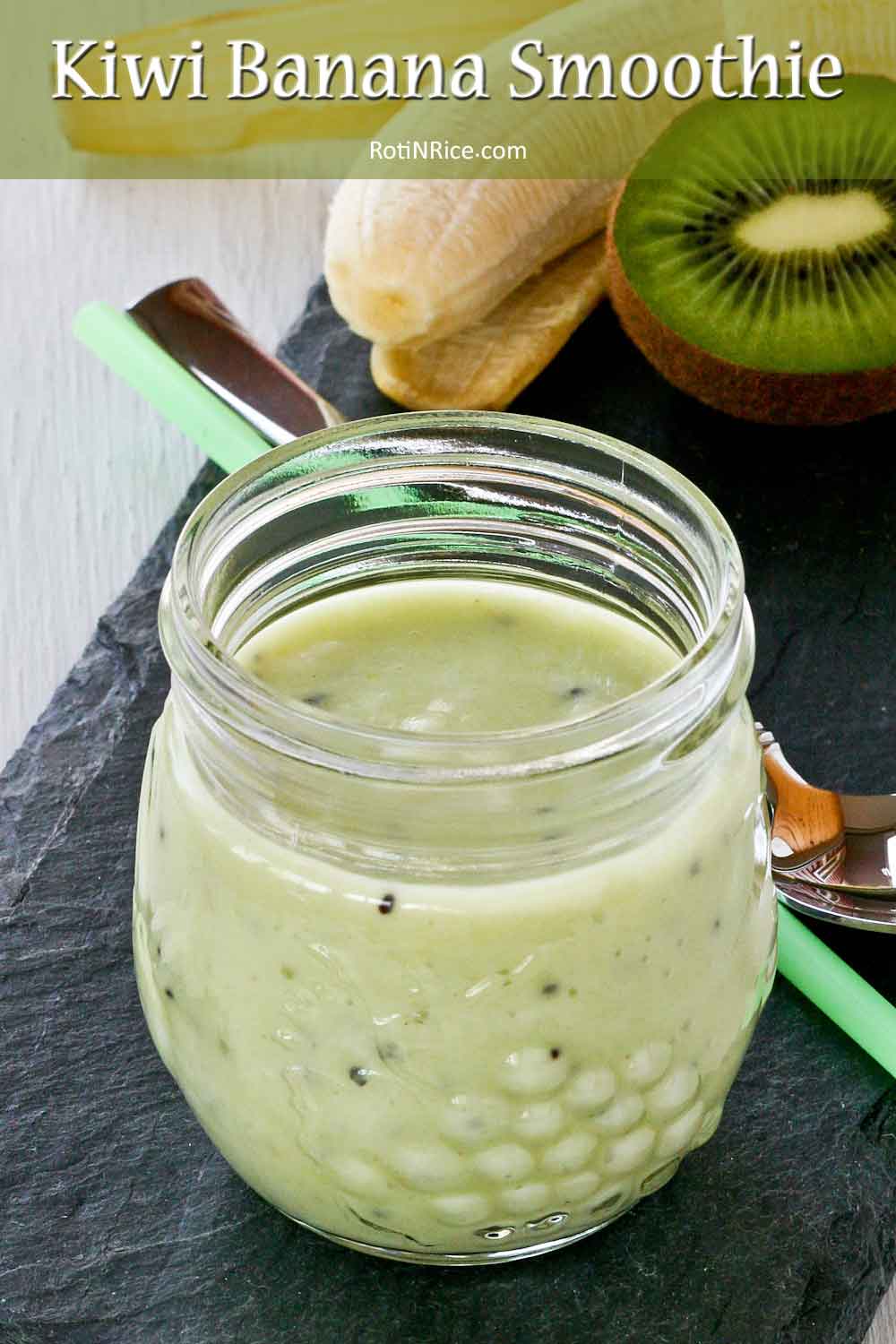 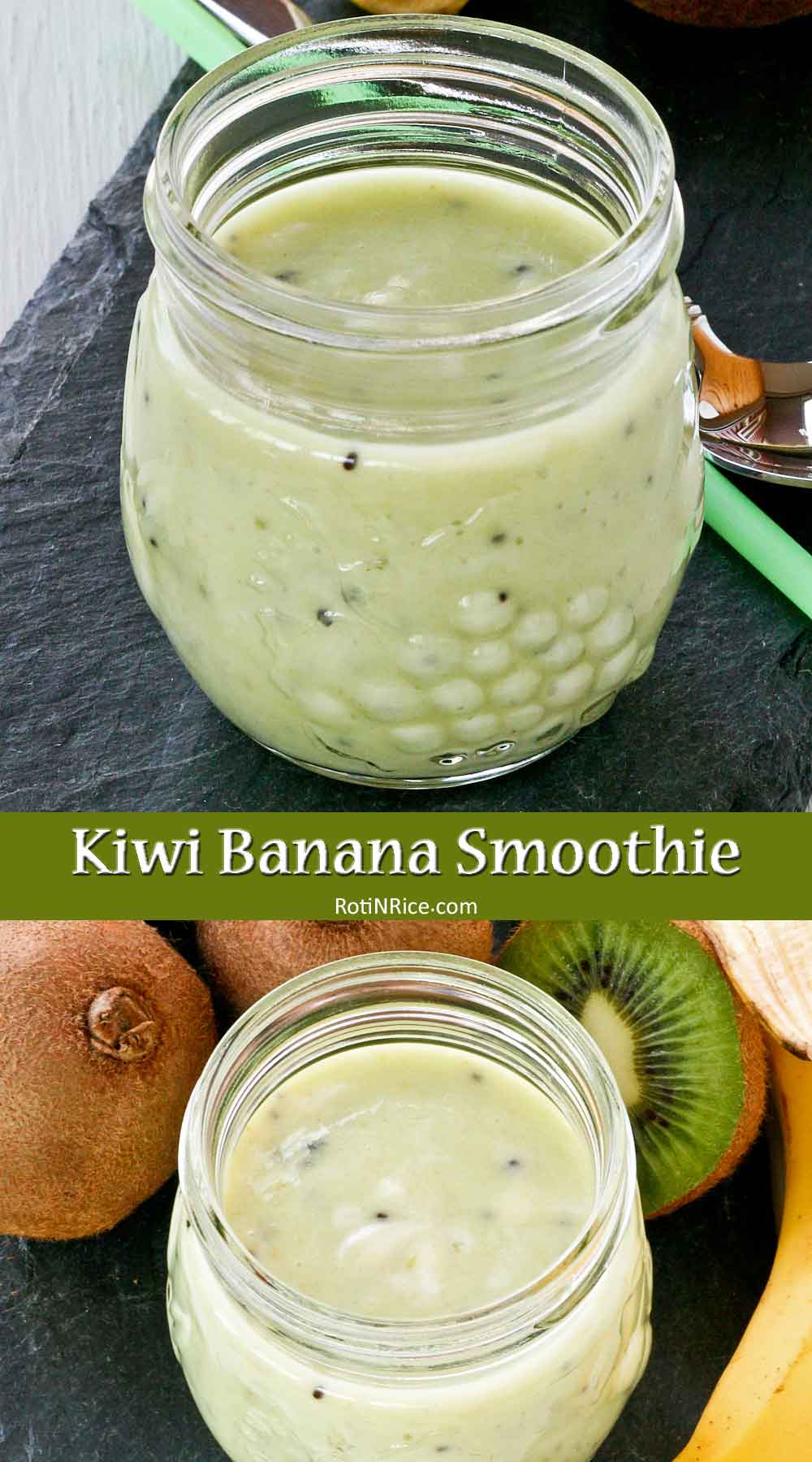