If you are a fan of Milo, you will love these Milo Sandwiches spread with butter or condensed milk and chocolate malt powder. So yummy! 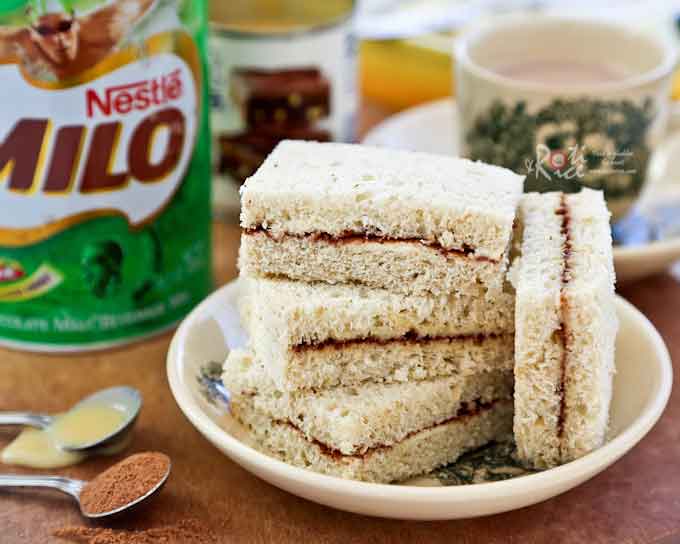 If you have ever visited Malaysia, chances are you would have encountered Milo, a chocolate malt beverage. Malaysians are said to be the world’s largest consumers and so it is no wonder that Milo is a household name there. It is a must-have beverage for the young as well as the old and is practically drunk throughout the day.

Milo can be taken warm or chilled. The “Milo Vans” often associated with Sport’s Day is something to look forward to. Students would queue up to collect their chilled Milo drinks with a coupon. I have had many such drinks during my school days. It was such a treat and one not to be missed! 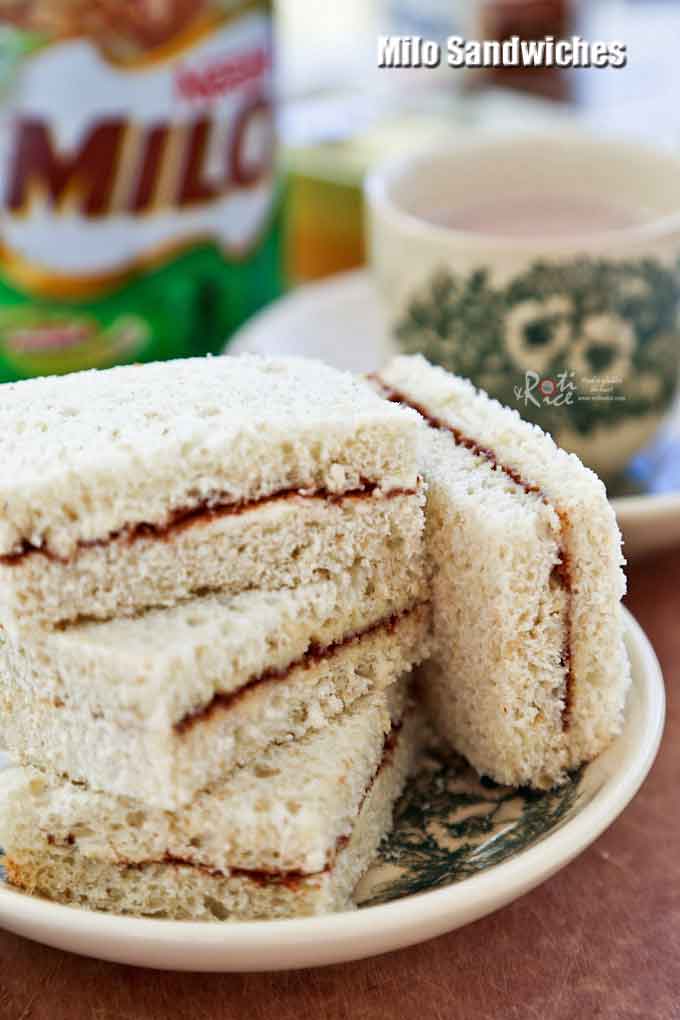 Apart from being consumed as a beverage, Milo is often used as a cocoa powder in cakes, cookies, ice cream, and agar-agar (jellies). One very easy and popular snack is Milo Sandwiches. I grew up eating these delightful sandwiches and they have appeared in many school lunchboxes.

In our family, there are 2 versions of Milo Sandwiches. One is made the usual way with sweetened condensed milk. The other is made with butter in place of sweetened condensed milk for a sweet salty combination. I know not how or when this came about but as far as I can remember both versions have been around forever. Can’t go wrong with Milo as I think they are both equally delicious. 🙂 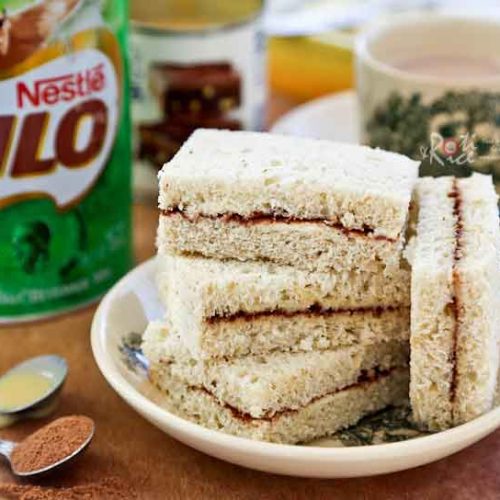 Produced by Nestle, Milo was originally developed in Australia in 1934. The name was derived from the famous Ancient Greek athlete Milo of Crotona, after his legendary strength. He was also a six-time Olympic victor, hence the iconic green can depicting people playing various sports. (Source: Wikipedia). Back when I was a kid, it was a soccer player.

Although Milo is marketed and sold around the world, it is not as easily available here in the United States. However, some Asian grocery stores do carry them. I purchased my can of Milo made in Singapore this past weekend at an Asian market here in Minneapolis. 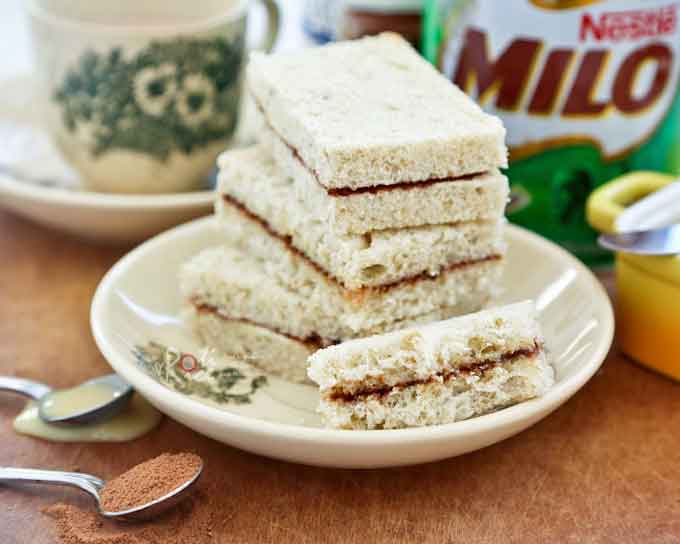 Roti n Rice is a participant in the Amazon Services LLC Associates Program, an affiliate advertising program designed to provide a means for sites to earn advertising fees by advertising and linking to Amazon.com.
Previous Post: « Chirashi zushi
Next Post: Pad Thai »