Treat your family to this fuss free Slow Cooker Ham with apple juice, brown sugar, and spices. It is moist, tender, and absolutely delicious! 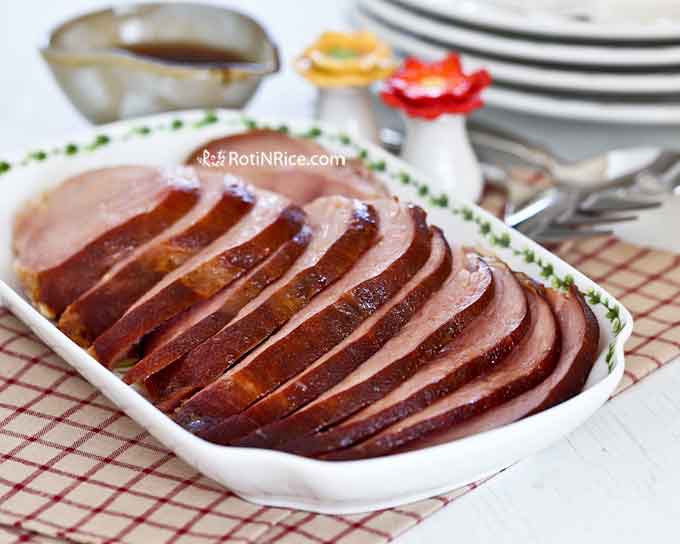 I made this Slow Cooker Ham for our Easter dinner but did not get a chance to post it until now. Better late than never, right? Besides there are still lots of ham left at the grocery stores and you can probably pick one up at reduced price. I do have another hunk in the refrigerator waiting to be roasted soon.

Bone-in fully cooked ham are typically halved as the entire leg can be huge. Half ham comes labeled butt end or shank end. The butt end comes from the upper thigh and has a rounded end. It is meatier but harder to carve. The shank end comes from the lower portion of the leg and has a pointed or tapered end. It is less meaty but easier to carve because of the bone structure. 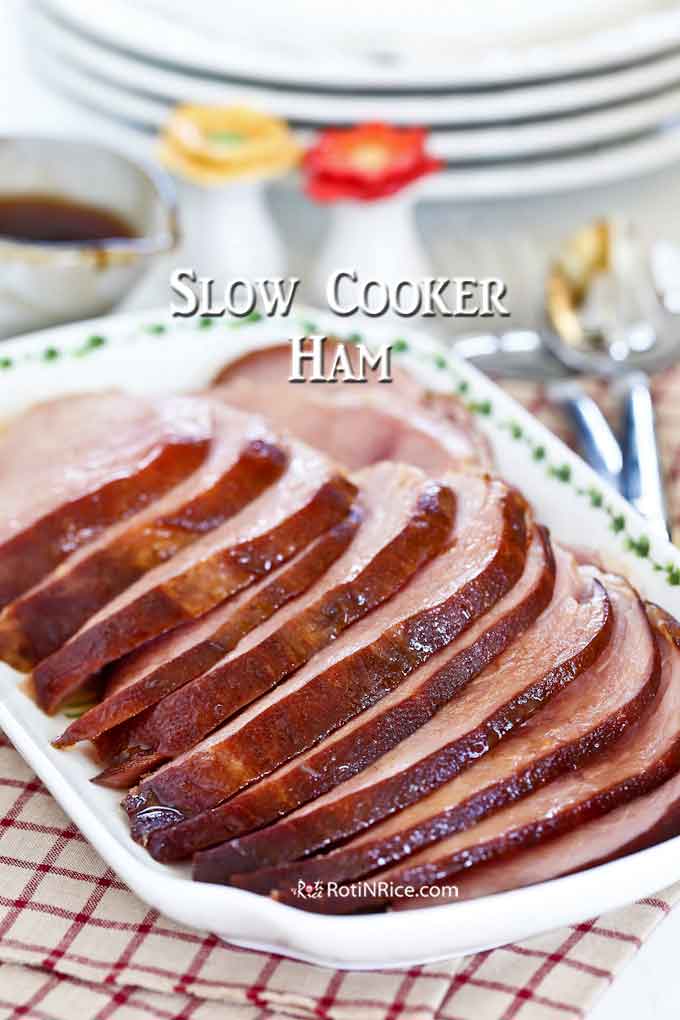 How Much Ham Per Person

Estimate about ½ to ¾ of a pound of bone-in ham per person. I usually choose a small butt end ham between 6 to 8 pounds. The shank end is fine too as it really is a matter of preference. 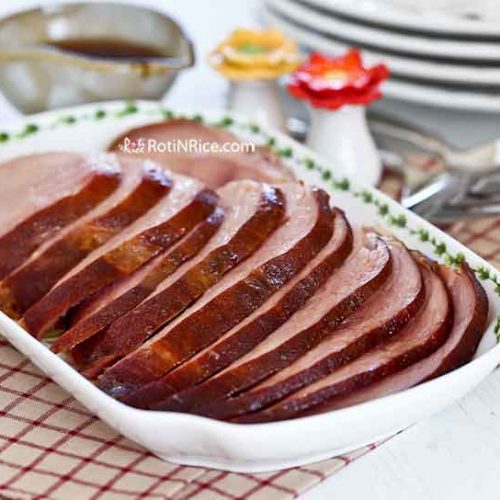 If you have any leftovers, you may want to check out my Quick and Easy Char Siew (Chinese Barbecue Pork) recipe. Also, do not throw away the carved out bone. Use it to make stock for soups. I have a slightly spicy Split Pea and Sausage Soup here using chicken stock but I have saved the bone from this ham for another version of this delicious soup. Do check back for the recipe coming up soon. 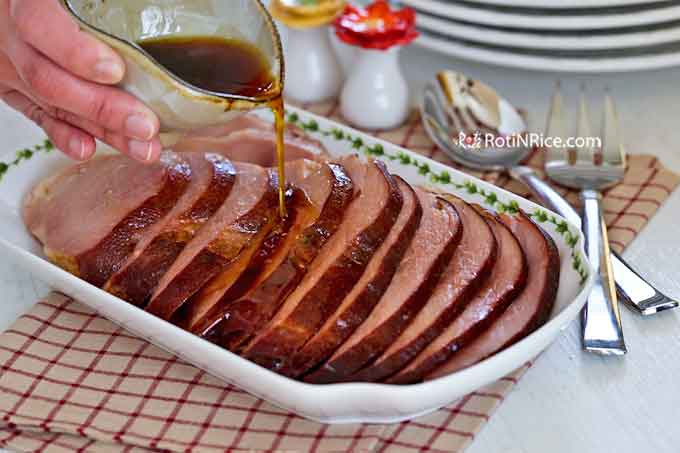 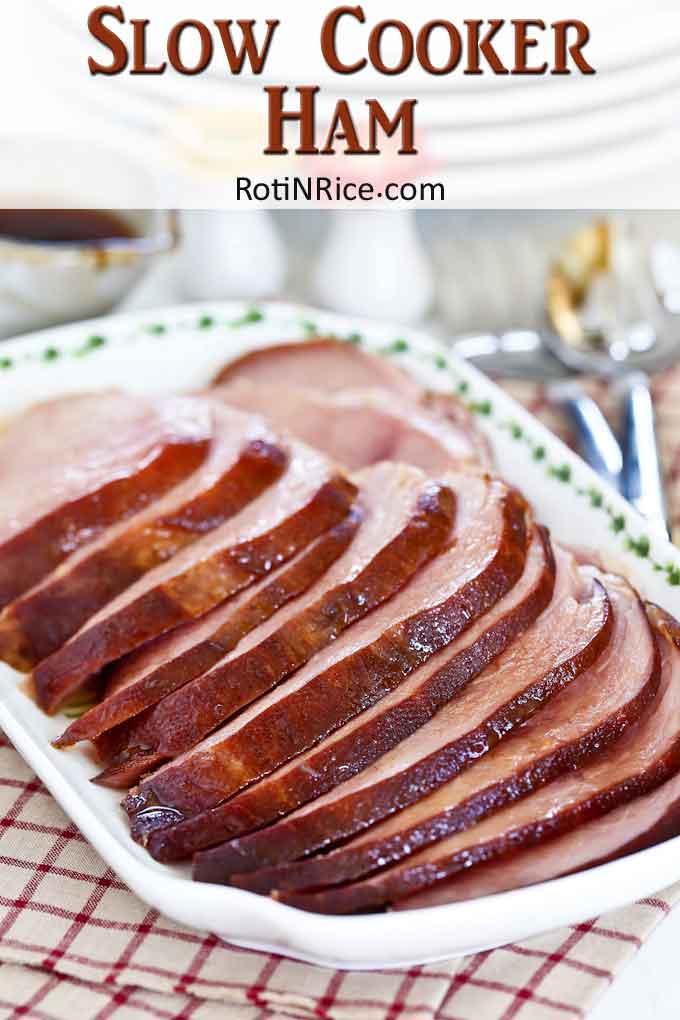 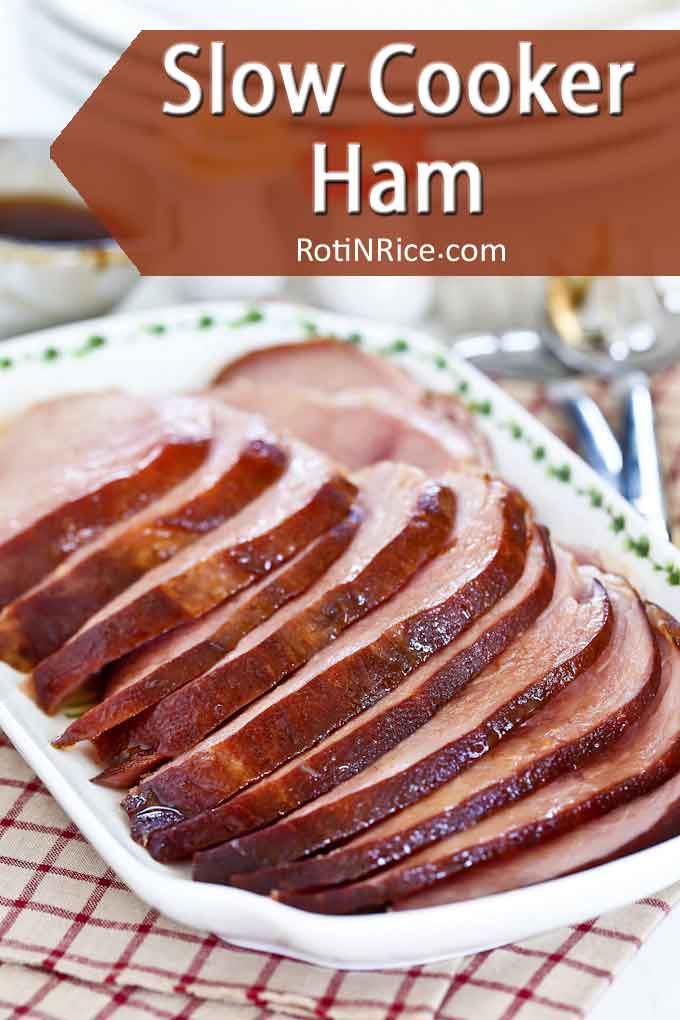 Roti n Rice is a participant in the Amazon Services LLC Associates Program, an affiliate advertising program designed to provide a means for sites to earn advertising fees by advertising and linking to Amazon.com.
Previous Post: « 12 Recipes for Easter
Next Post: Mango Pecan Salad with Creamy Basil Avocado Dressing »