Boiled Peanuts – a deliciously simple and tasty snack. Takes several hours on the stove (much faster in a pressure cooker) but well worth the effort. 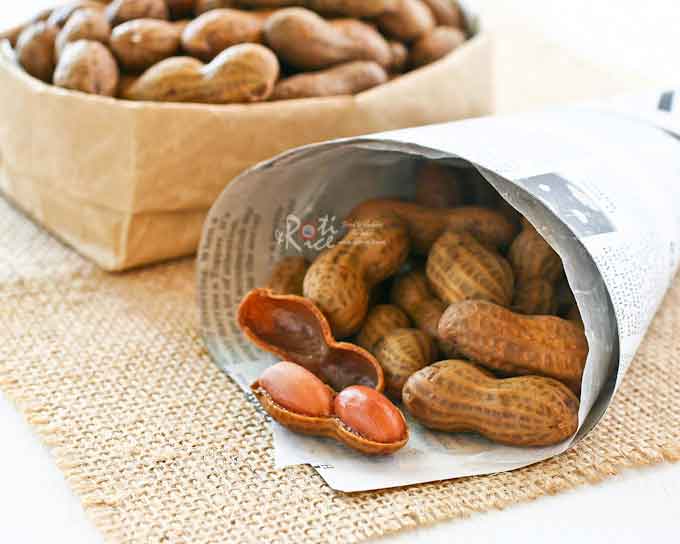 One of my most enduring memories of going to the cinema in the old days was the quick detour after the ticket counter to the peanut man standing at one corner of the entrance. This was long before the advent of the modern concession stand with its soda machine and prepackaged snack food. Peanut man is perpetual surrounded by a wreath of steam emanating from the large pot topped with a conical metal lid attached to his tricycle.

When approached, he transfers a pile of steaming hot nuts into a newspaper cone for my waiting hands. Then the fun begins. Going into the dimly lit cinema with the air-conditioning blasting at the seats, I get to warm my hands with the steaming cone. Before the movie even begins I have already finished almost the entire packet of nuts.

Boiled Peanuts at the Movies

Boiled peanuts are soft enough to be quietly squeezed open with your fingers or teeth. There are no irritating cracking and crunching sounds to interrupt the viewing pleasure of other movie goers. For the boys, the shells serve as ammunition to act out their own war movie among the seats. Ahh…the simple pleasures of life! 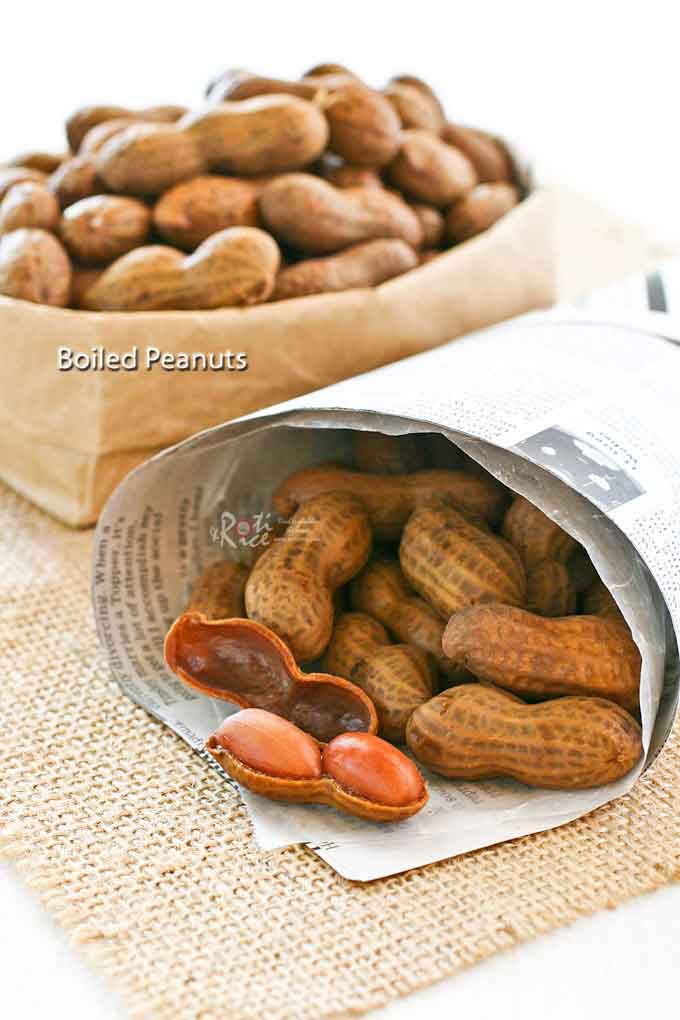 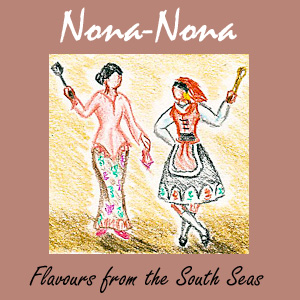 Yes, it is time for another installment of Nona-Nona with my buddy Denise. The theme for this month is street snacks and boiled peanuts are just the thing as the weather gets colder here. Raw peanuts are also currently available at the Asian grocery stores.

In doing my research, I discovered that boiled peanuts are also a favorite in the Southern States. That should not be surprising since “goober peas” as they are known there, come from a large supply of peanuts grown in states like Georgia. There is even a popular Civil War era song of the same title.

Boiled peanuts are very easy to prepare. Raw peanuts from the store need to washed and drained to get rid of any soil and dirt. They are then placed in a large pot of water with some salt and boiled until soft or the cows come home, whichever is sooner. Using a pressure cooker is probably a good idea and I will do that the next time. 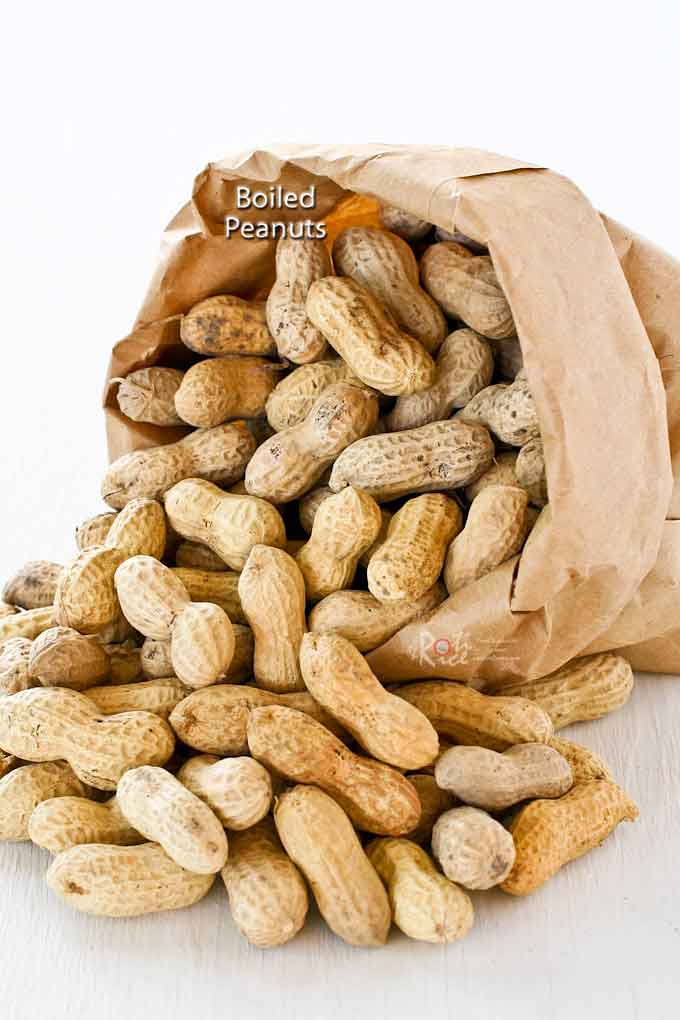 I have no idea what Denise is preparing. Let’s hop over to Singapore Shiok to find out. Hopefully it is not kacang rebus (boiled peanuts)! 😉 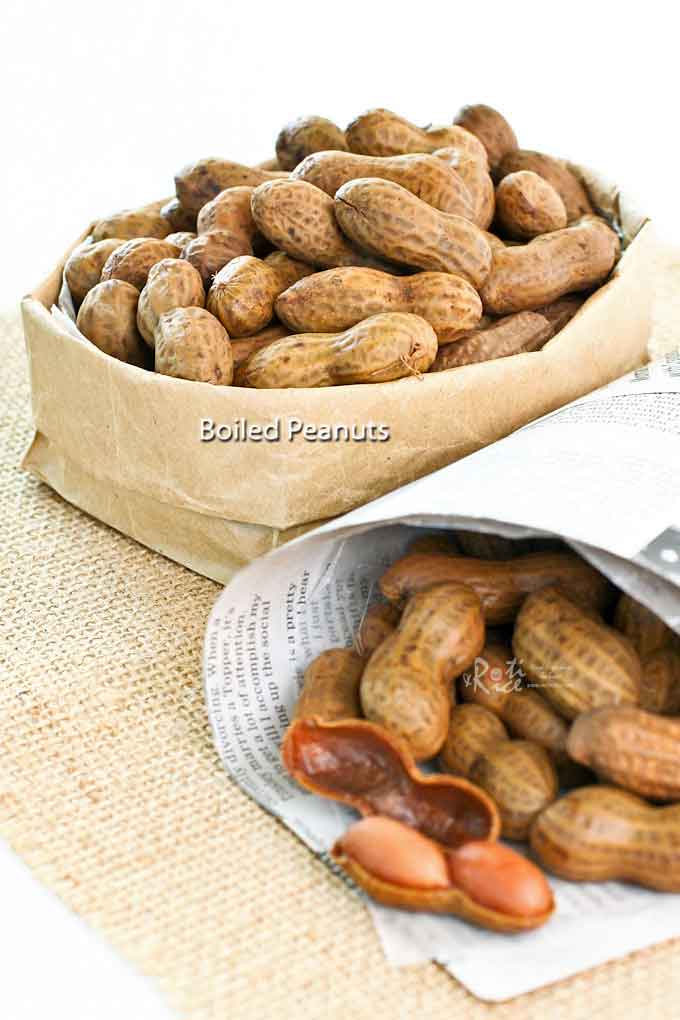 I have purposely kept it very simple this time using only salt to flavor the peanuts. Sugar, star anise, and other spices may be added. The cooking time may also vary. If you like the peanuts really soft, just continue boiling until the desired texture is achieved. It can take anywhere between 4 to 8 hours. 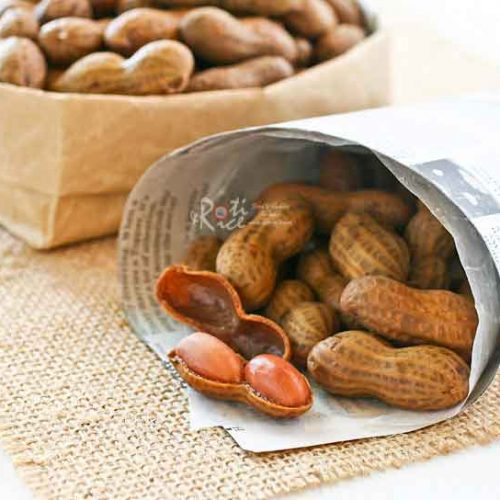 ** For softer peanuts, continue boiling for up to 8 hours. It takes about 1¼ to 1½ hours to cook in the pressure cooker. Soaking peanuts overnight reduces the cooking time. 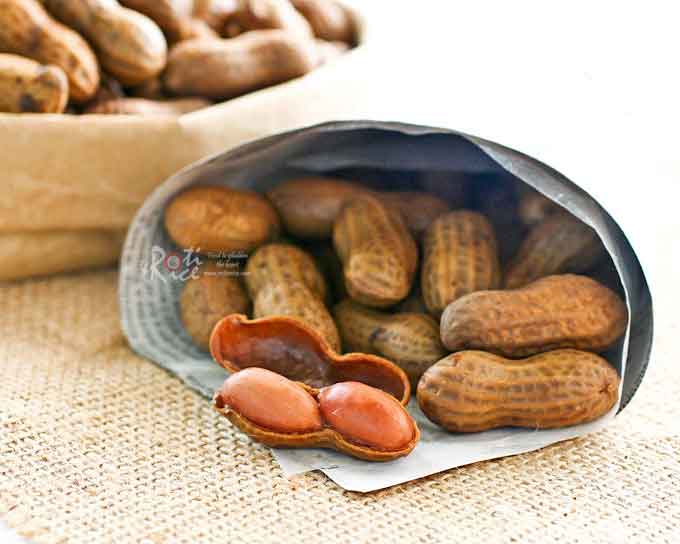