Our annual visit to the community Friday Fish Fry during Lent. A tasty all-you-can-eat event in Hutchinson, Minnesota. 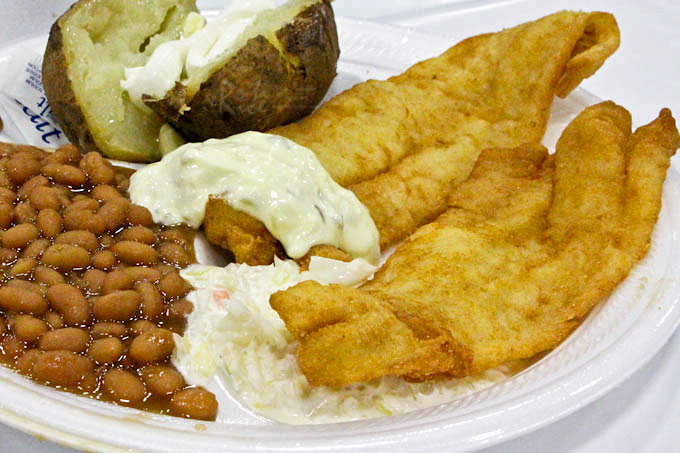 Another year, another Friday Fish Fry in Hutchinson, Minnesota. This is one event Ro-Ri San and I look forward to each year during Lent. Our gallant White Knight in Frying Armor purchased tickets way in advance for the two of us. He has faithfully assumed frying duties for over a decade. That’s dedication! Frying over 2,500 pounds of fish in that tiny “Frying Castle” (a.k.a. the fish shack) is not to be trifled with. Believe me, I know what it is like in there. 😳

The journey there was very pleasant. The temperature was warmer than usual for this time of the year. Most of the snow had already melted. It was bright, sunny, and breezey. It is always breezy out in the prairie. We saw a farmer busy plowing his land. 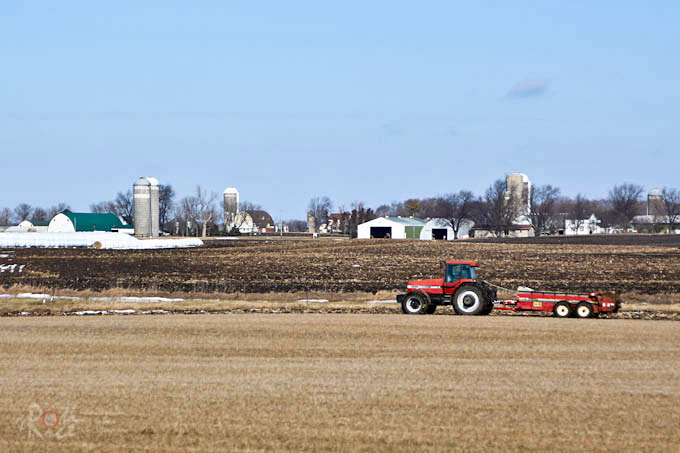 I am not sure what it is about old barns but I do like to take pictures of them. By the looks of it, this one will probably not be standing here for too long. They are all slowly being replaced by those shiny modern silos.

Even though we were relatively early, there was already a nice crowd inside. We Minnesotans love our fish fry and if you are local, you know you had better be here by 2:00pm. The fish usually runs out by 4:00pm. It is clearly stated in the ticket that the event is from 11:30am – 7:00pm or until fish is gone. 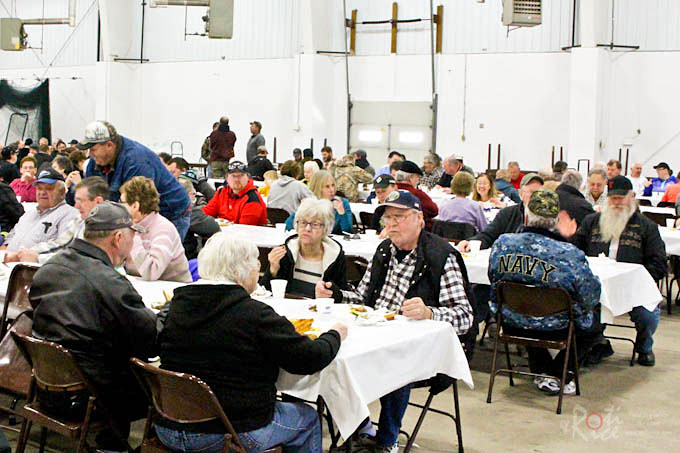 It is a good thing they offer baked potatoes instead of fries. These used to be wrapped in a two tone (gold and silver) foil. Perhaps that kind of foil is no longer available. Whatever the reason, these potatoes still tasted the same. Always served with butter and sour cream in a cone shaped package. 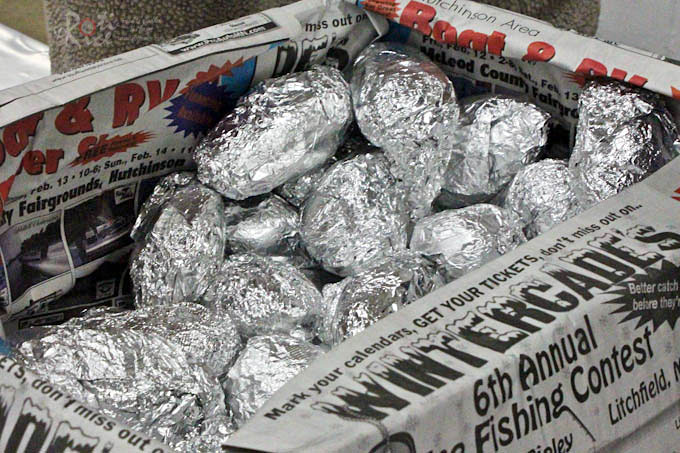 According to our White Knight, they decided to change the recipe this year. Instead of the original batter, they used a dry mix which adhered better to the fish. It looked really evenly coated and tasted just as yummy! 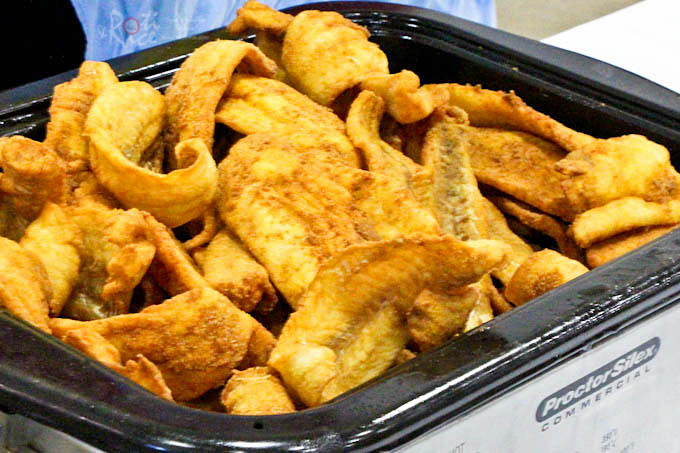 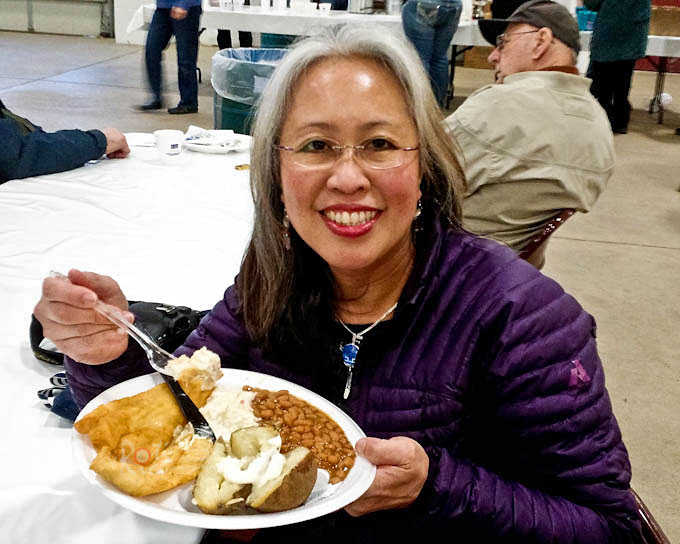 Finally, since both young men were away on campus, we did a take-away for them. It came complete with a cookie each for dessert.

I simply reheated the fish and baked potatoes in the oven when the guys came home. They were happy campers! 🙂 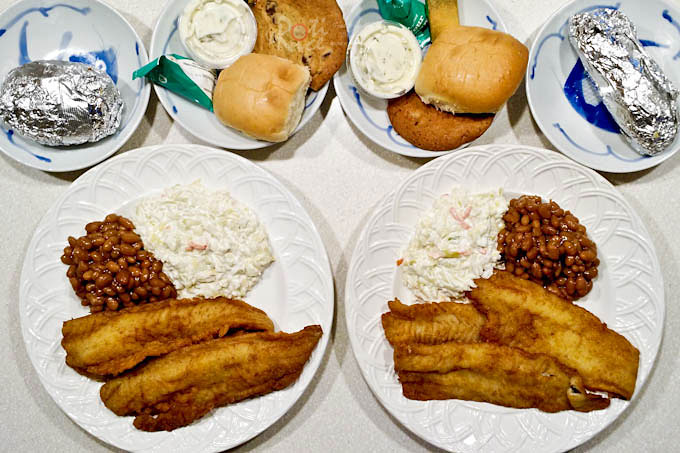