Quick and easy Fried Plantains with Coconut using only 4 ingredients. Takes under 20 minutes and is perfect for afternoon snack or tea time. 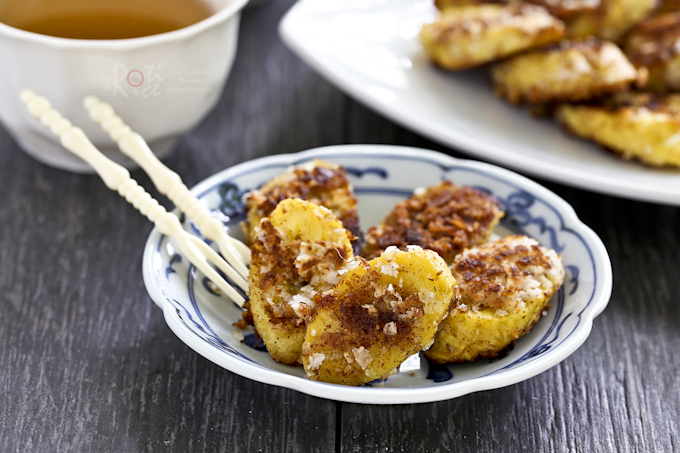 Plantains are not something I buy often. I recently saw some at the grocery store and purchase a couple to update my Bubur Cha Cha post. Life got busy and I never made that dessert. The plantains were getting rather ripe and so I made these Fried Plantains with Coconut instead. It was so tasty I actually made it twice. I had to run back to the store for more plantains. Good thing they still had some nice ones left.

Plantains look very much like a regular banana. They can be a little larger and tend to be more angular. Plantains are less sweet and more starchy. While they can be eaten when ripe, they taste better fried or boiled. You can say they are a kind of cooking banana as they remain more or less intact when cooked. Bananas on the other hand turn soft and juicy when cooked.

The plantains here are simply known as plantains. In Malaysia and Singapore, the kind of plantain you would find there is Pisang Tanduk which are often used in sweet soups like Bubur Cha Cha. Sometimes they are also made into plantain chips, more commonly known as “banana chips”. 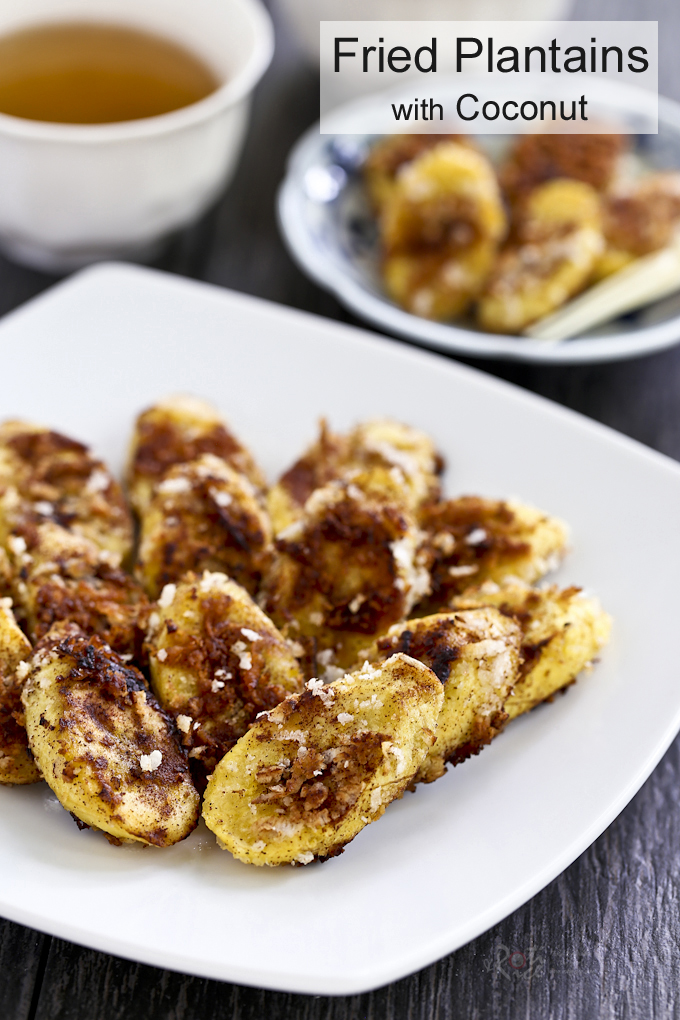 I decided not to coat today’s Fried Plantains with Coconut in a batter. Instead, I used shredded coconut to give it a little more flavor and a slightly crunchy texture. It was really fragrant while frying in the pan. The more ripe the plantains, the sweeter they tend to be and so no sugar was necessary. Do give it a try. 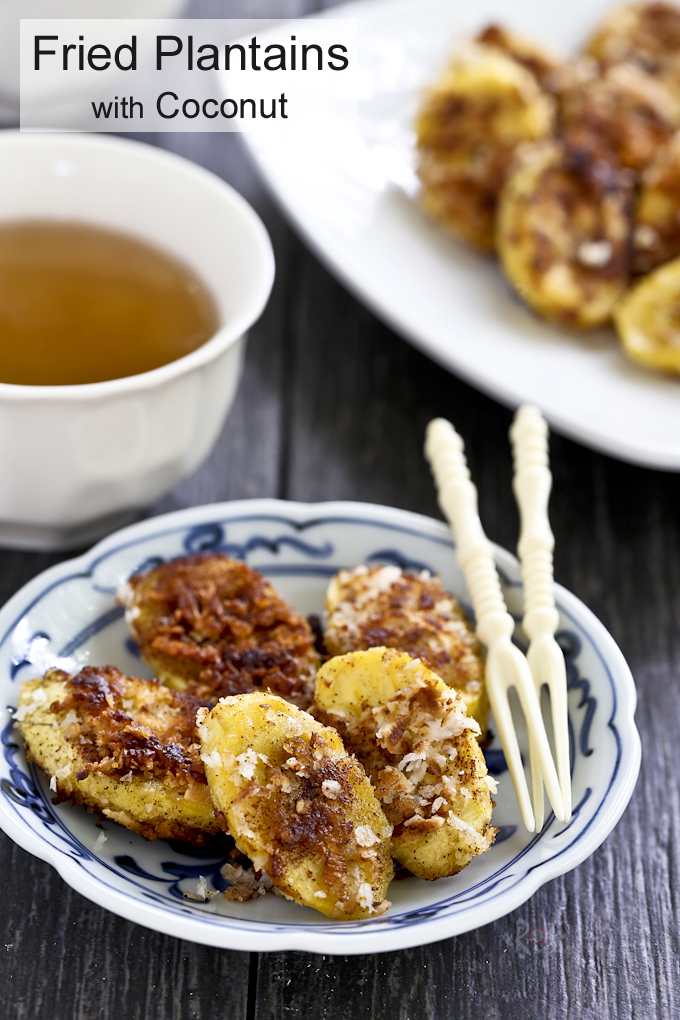