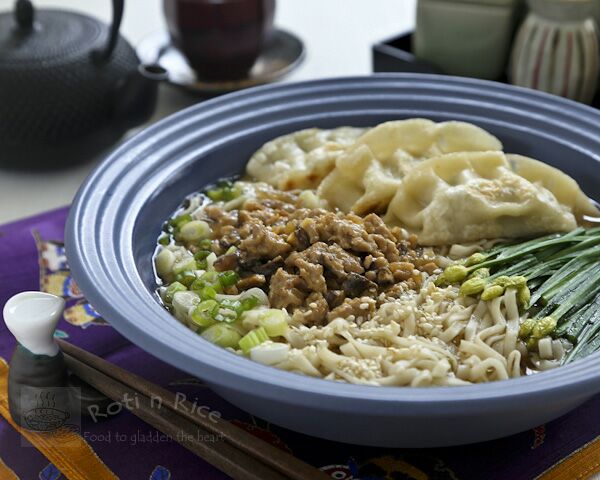 Me, reading manga? The Ro-Ri boys were quite amused. On a recent trip to the comic store in downtown Minneapolis, I chance upon a series of comics known as Oishinbo written by Tetsu Kariya and drawn by Akira Hanasaki. The story is about two rival Japanese newspapers competing to create a menu that will capture the essence of the country’s cuisine. On one side is a man widely revered for his sense of taste and feared for his ferocious temper in charge of the “Supreme Menu”. The other is his son and rival, a food journalist in search of the “Ultimate Menu”. The battle is complicated by the strained relationship of father and son with a falling out even before the rivalry began. It is really fun to read and the food described in there makes me wonder and yearn for them.

I am currently reading the second volume, Sake while Ro-Ri San who has decided to join me is almost finishing the third volume, Ramen and Gyōza. There is a Miso Ramen recipe in there that he has requested for me to make. Talk about an unlikely place to find a recipe! I had all the ingredients in the freezer and pantry. I even have some frozen gyōza which I had bought from the Asian market last weekend. I was excited to give the recipe a try and I am glad I did. This Miso Pork Ramen with Gyoza turned out to be quite delicious. Ro-Jiro (2nd son) who loves noodles cleaned his entire bowl before I could even finish taking pictures for this post. 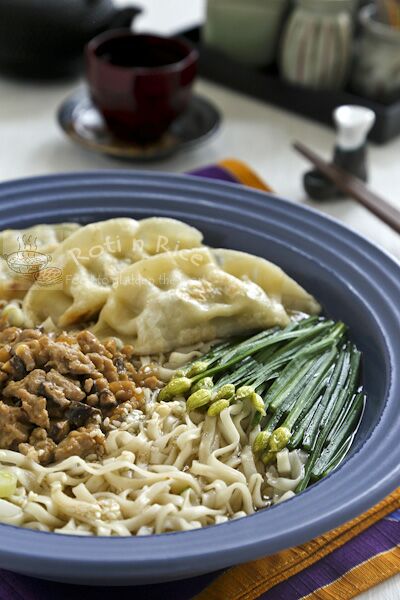 I did use frozen store bought pot stickers for this time. If you would like to make your own, please do check out my homemade Chinese Dumpling and how to turn them into pot stickers by pan frying them. 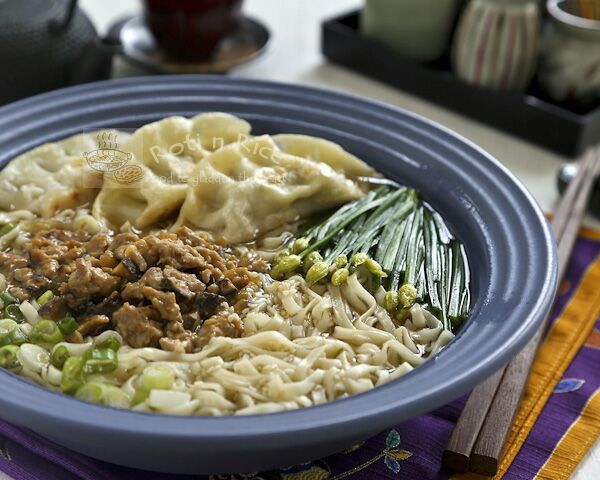 NOTE: This post was updated on October 29th, 2013 with new pictures. Some minor changes were also made to the recipe.

Roti n Rice is a participant in the Amazon Services LLC Associates Program, an affiliate advertising program designed to provide a means for sites to earn advertising fees by advertising and linking to Amazon.com.
Previous Post: « Broccoli and Tangerine Salad
Next Post: Cranberry Orange Bread »