Chewy and fragrant Steamed Nian Gao with Grated Coconut and Sesame Seeds, a twist on this popular dessert enjoyed during the Chinese New Year. 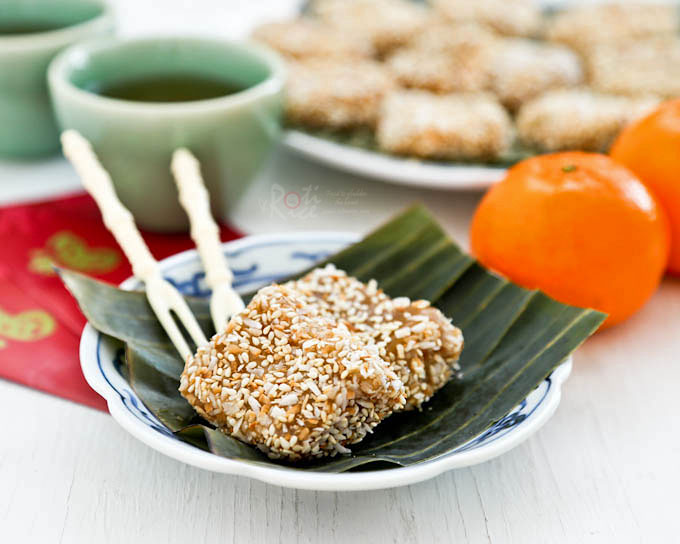 Chap Goh Mei is a big celebration among the Hokkiens (Fujianese) in Penang, Malaysia. It is considered by some as the Chinese Valentine’s Day. In times past, this was the only day young maidens were allowed to go out at night. Young men would also go out to catch a glimpse of the rarely seen maidens.

They would usually congregate around bodies of water. The maidens would throw Mandarin oranges inscribed with their names into lakes or ponds in the hope of landing a husband. It is believed that the young man who fish out the orange would be her future husband. This tradition has survived to this day and it is a fun way to mark the end of the Chinese New Year festivities. 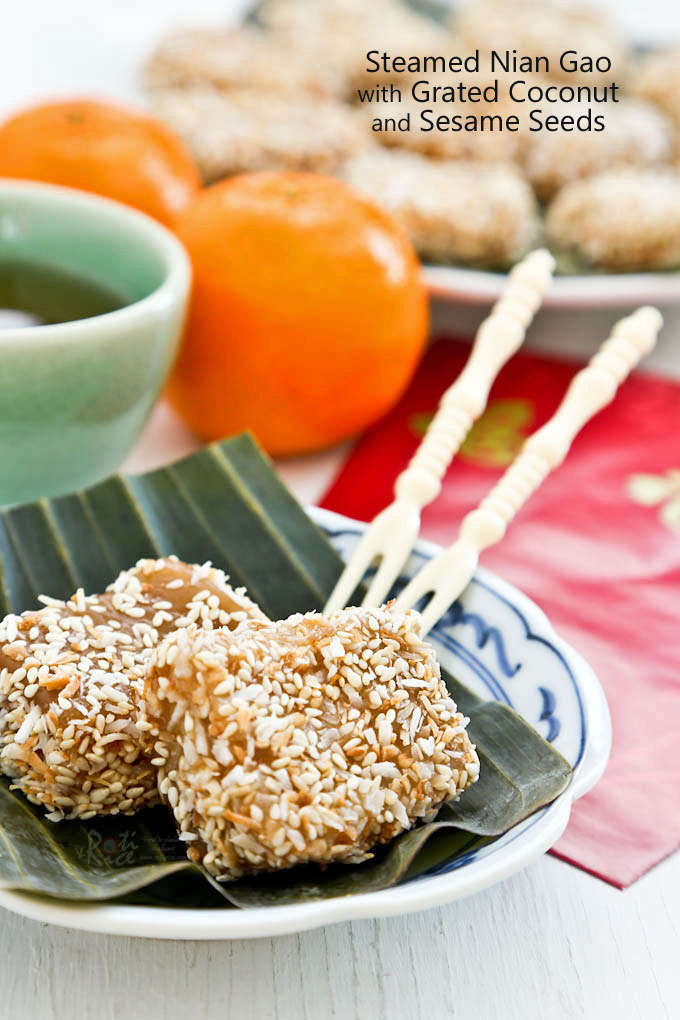 While Mandarin oranges are a favorite for the Chinese New Year, nian gāo (年糕/New Year Cake) is a close second. Since I have long found my “match”, I turn my attention to making a simple dessert for the occasion instead. 😉 Fresh nian gao (or tikoy as it is known in the Hokkien dialect) can be rolled in lightly salted grated coconut. If the tikoy has hardened, it should be steamed for a few minutes to soften. Lining the steaming dish with banana leaves imparts a nice fragrance to the tikoy.

In the recipe below, I have decided to use a mix of toasted unsweetened dried grated coconut and sesame seeds as freshly grated coconut is hard to come by here. I must say I am very pleased with the results. 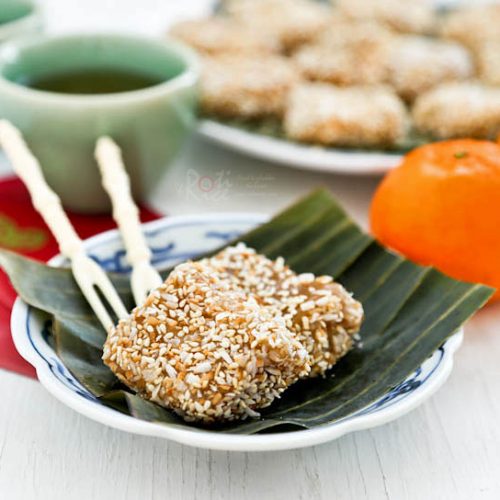 Steamed Nian Gao with Grated Coconut and Sesame Seeds is best served warm with a cup of oolong.

Here is the original version with lightly salted grated coconut. You should try both versions. You will not be disappointed.

Roti n Rice is a participant in the Amazon Services LLC Associates Program, an affiliate advertising program designed to provide a means for sites to earn advertising fees by advertising and linking to Amazon.com.
Previous Post: « Fish Congee
Next Post: Grilled Pineapple with Cinnamon Sugar »