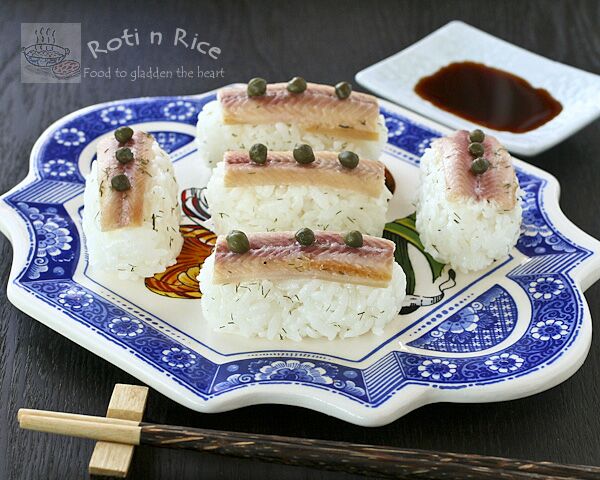 Smoked eel fillets are a delicacy easily found in Dutch delicatessens and supermarkets. They are even sold at the airport. Whenever Ro-Ri San stops over Schiphol Airport in Amsterdam, he will buy a pack together with my favorite Gouda cheese to bring home. Smoked eel is usually eaten on buttered toast and is offered as part of a Dutch style fish platter with smoked mackerel and other seafood.

The long thin strips of fillet remind me of sushi quality fish suitable for hand rolled sushi. Instead of serving them on toasts, I combined them with Japanese vinegar rice to make a fusion sushi. The creamy wasabi mayo helped bind the two together and the salty capers gave the sushi a contrast of taste and texture. I must say they turned out really well and were a quite a treat! 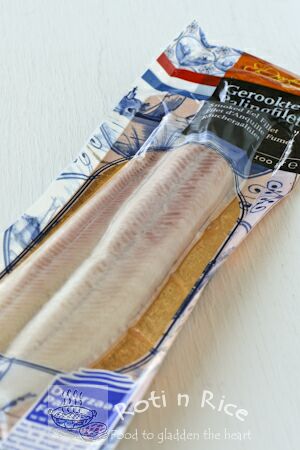 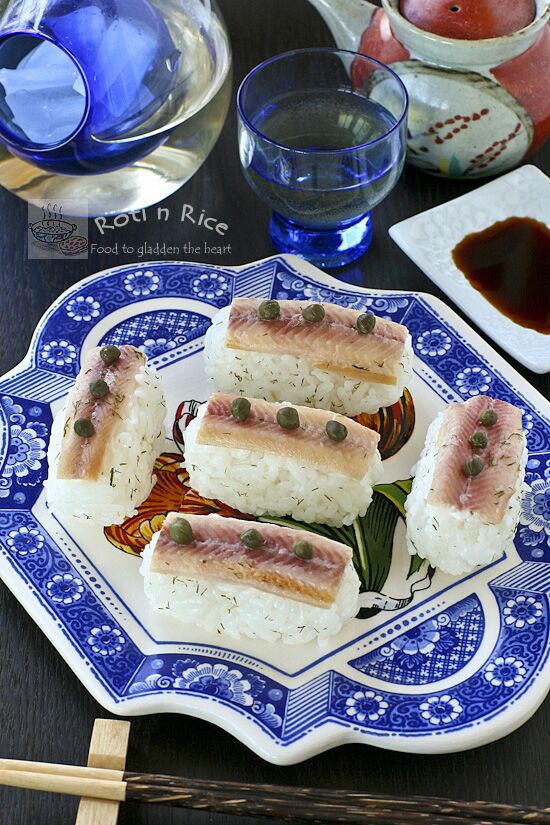 Why have I called this dish Oranda Sushi? Well, the Dutch were the second group of Europeans after the Portuguese to trade with the Japanese. In the aftermath of the expulsion of the Catholic missionaries from Japan, only the Dutch were allowed to remain at their trading post on an island off the port of Nagasaki. Despite the separation, the Japanese were intrigued by many Dutch things and collectively labeled them “Oranda”, a corruption of the name of Holland. So, there you have it. 😀 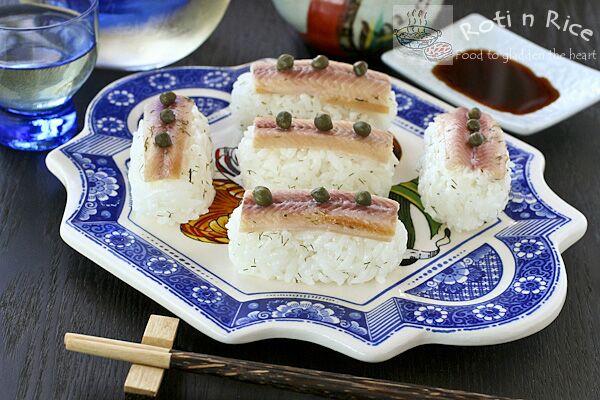 This hand rolled method of sushi was adapted from the book, Sushi, Taste and Technique. 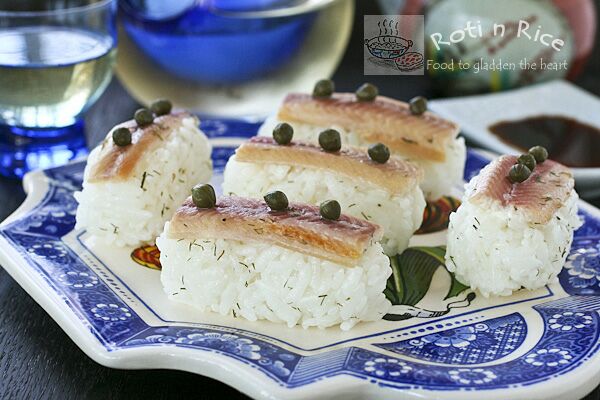 Roti n Rice is a participant in the Amazon Services LLC Associates Program, an affiliate advertising program designed to provide a means for sites to earn advertising fees by advertising and linking to Amazon.com.
Previous Post: « Chinese Chicken and Corn Soup
Next Post: Eurasian Chicken Stew and Cookbook Giveaway! »