Cooking anything twice may seem like a lot of work but I assure you these Twice Baked Potatoes are totally worth the effort. The insides are deliciously moist and creamy while the toppings provide a tasty crunchy contrast. Depending on the size of the potato, it can be served as a side dish or as a stand alone lunch. I would be quite happy and satisfied eating one of these spuds with a bowl of soup for my lunch.

Twice Baked Potatoes are basically mashed potatoes stuffed into baked potato shells. The hardest part of the preparation is the hollowing out of the potatoes. You want to leave a thick enough layer of potato in there for it to hold its shape. Once that is achieved, the rest of the preparation is really easy. Do give it a try. 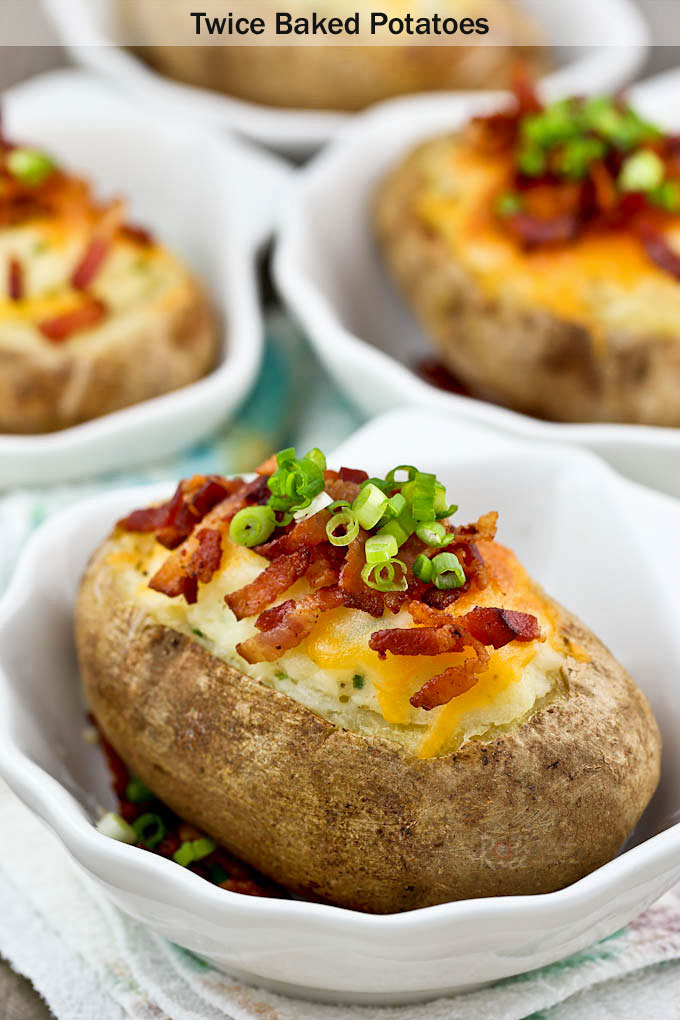 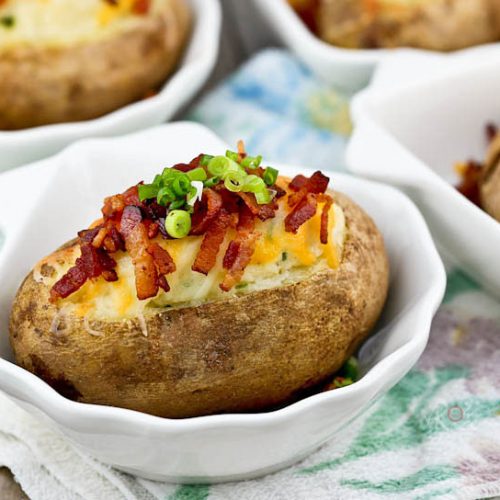 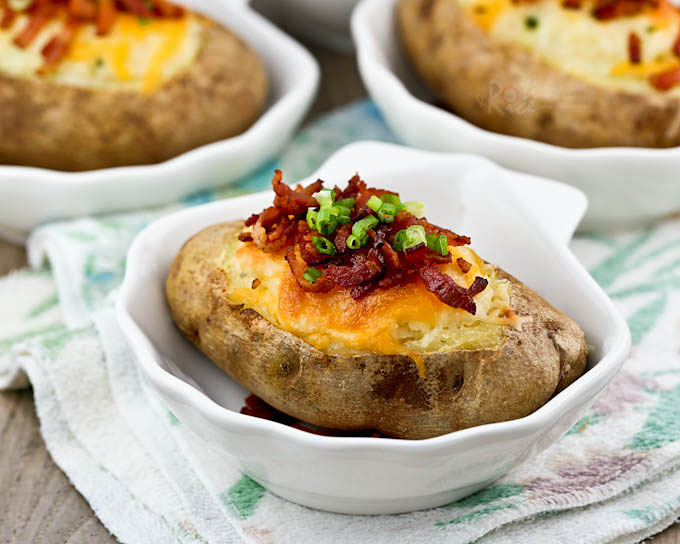