Sui Kow (Chinese Dumplings) are delicious fan shaped dumplings served in broth. They can be deep fried or pan fried as pot stickers. 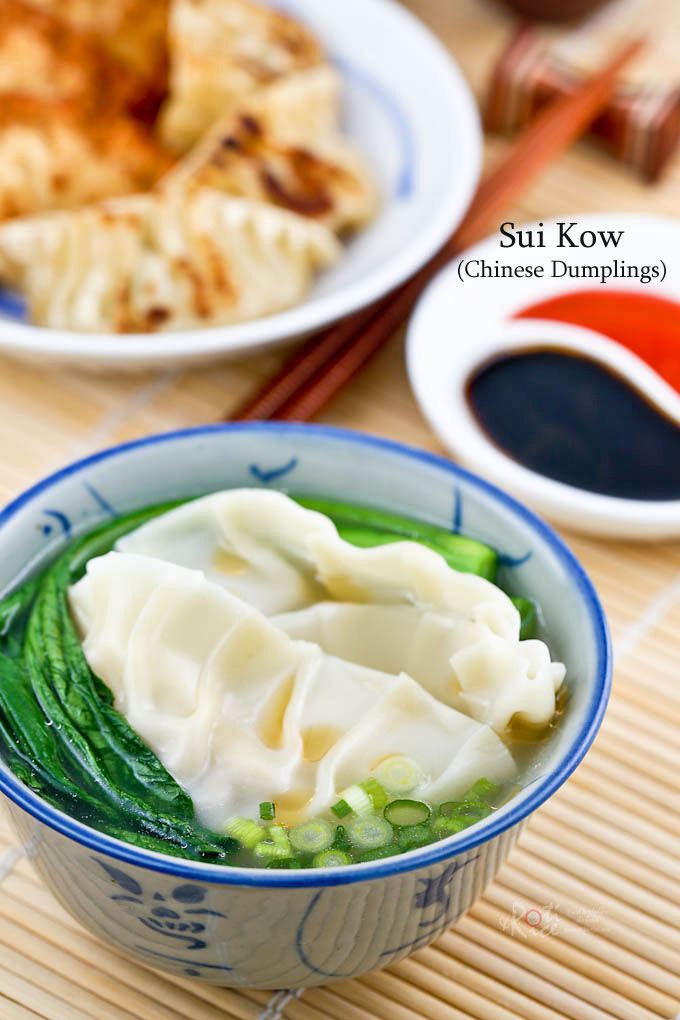 Chinese Dumplings are little parcels of minced meat and vegetable wrapped in a thin piece of dough. They can be round or crescent shaped, boiled, steam or fried. In northern China, they are known as jiaozi and is one of the major foods prepared for the Chinese New Year. Their shape resemble gold ingots which symbolizes wealth. The Cantonese called them gao while the Japanese named them gyoza. The latter is widely used today.

The method of preparation also distinguishes these dumplings. Shui Jiao or Sui Kow in Cantonese literally means water dumplings. These are boiled and served in a broth. They are shaped more like a fan.

The ever popular pot stickers, guoti in North America are pan fried and then steamed. Jiaozi may be steamed or deep fried. Both guoti and jiaozi have the more traditional crescent or ingot like shape. 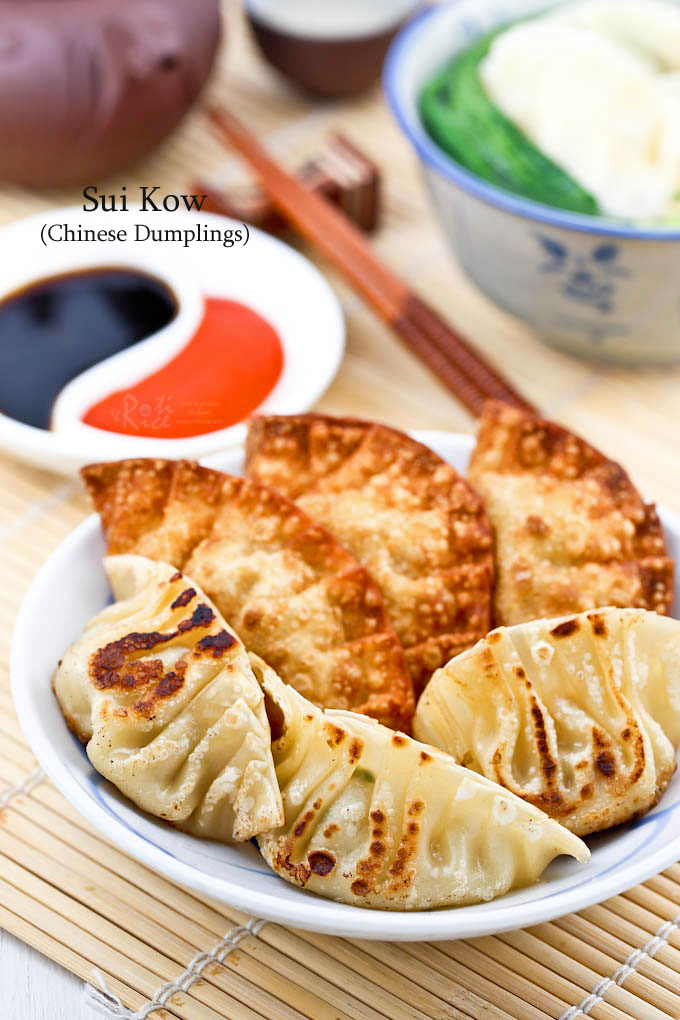 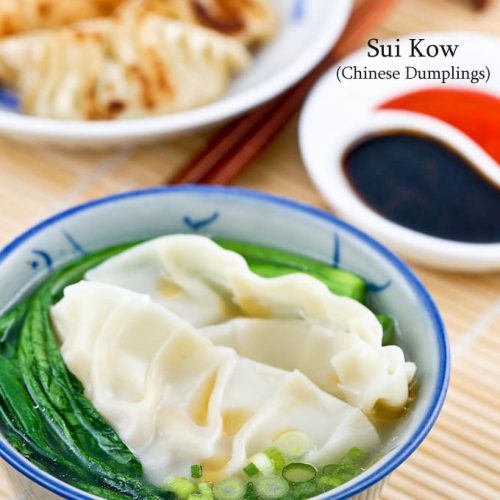 One can never make enough of these delicious dumplings. They are wonderful served in broth as an appetizer with dumpling sauce or deep fried as finger food with Lingham’s Hot Sauce. I hope you will give them a try as they are easy to prepare using store bought sui kow or pot sticker wrappers. 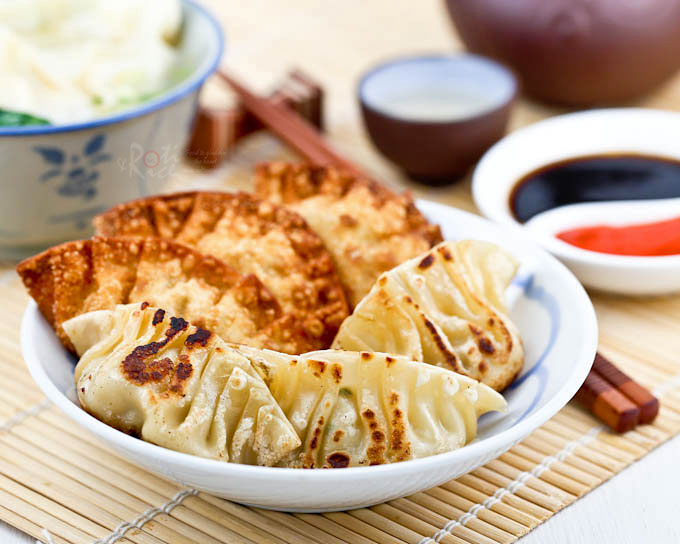 NOTE: This post was updated on September 3rd, 2014 with new pictures. 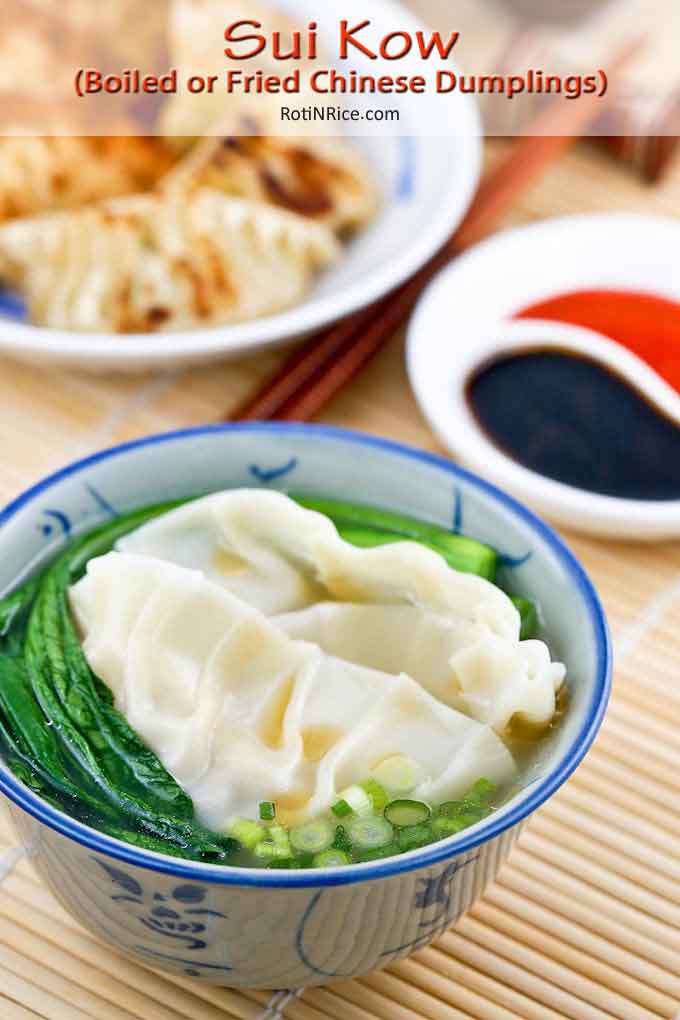 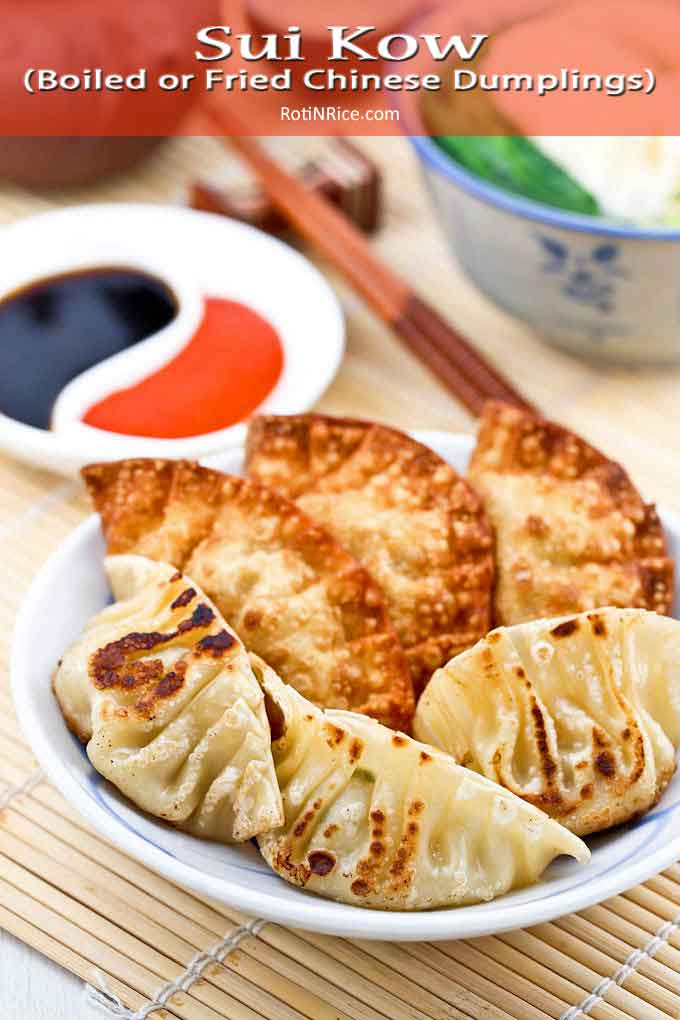 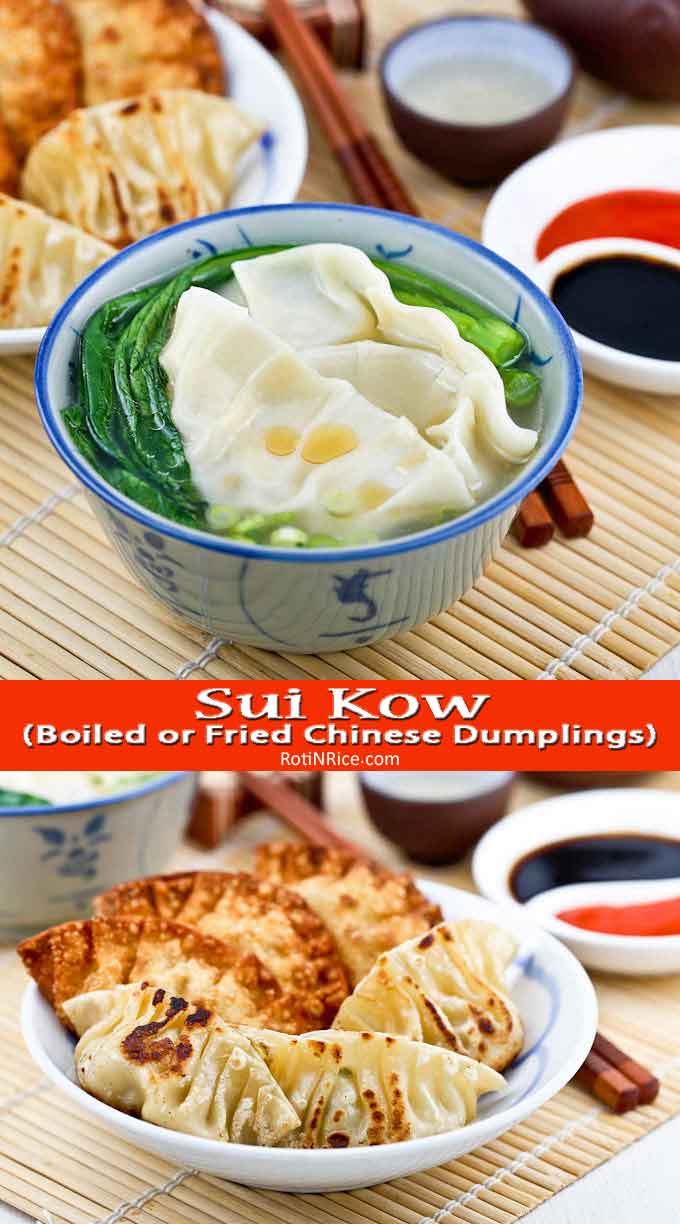