Chinese New Year is that time of the year for Yusheng/Yee Sang. This time I used Seared Ahi Tuna for the fish and it was super delicious! 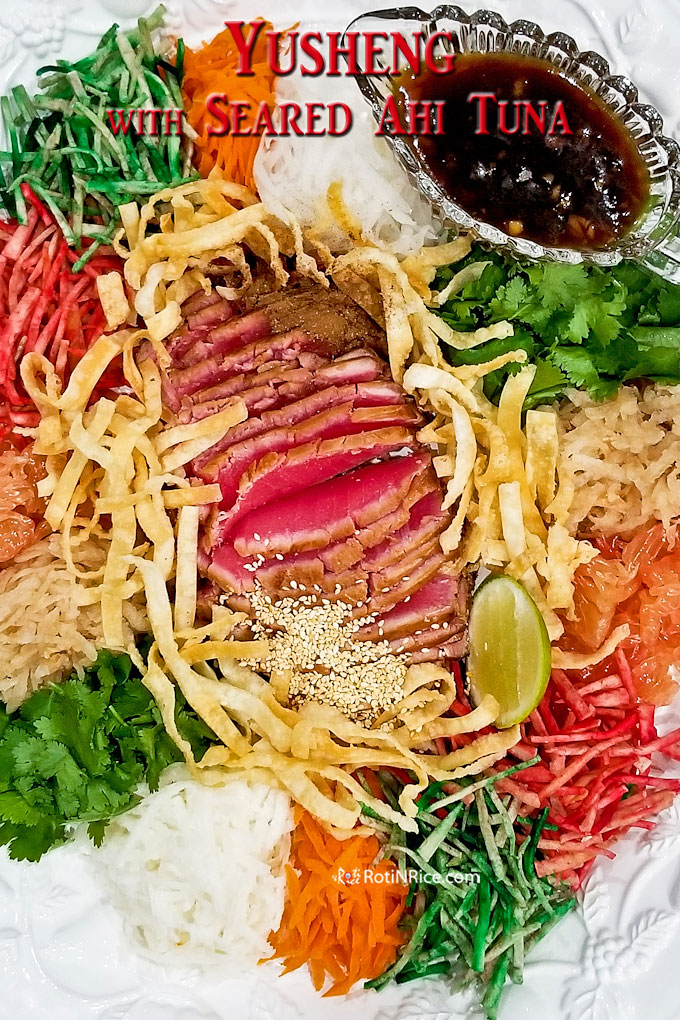 Yusheng/Yee Sang is a must-have for our Chinese New Year celebrations since I started making it in 2010, shortly after I launched this blog. Although it takes some preparation to make this dish, it is totally worth the effort because it is usually the “star” at the Reunion Dinner table.

Everyone looks forward to this dish because it is served only during the 15 days of the Chinese New Year. In a way, this makes it special. Also, it is a dish to be shared with many, the more the merrier! The laughter and chanting of “Lo Hei! Lo Hei!” can’t be beat. It sets the mood for the 15 days of festivities. 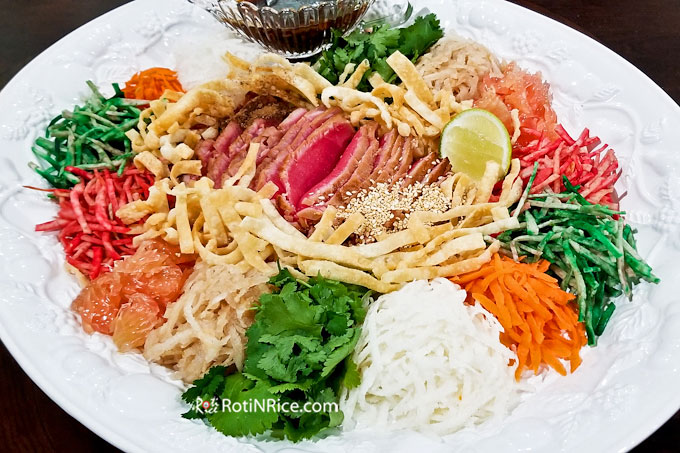 I usually use lox (smoked salmon) for my Yusheng a.k.a. Prosperity Toss Salad since sushi grade fish is hard to come by. As I was at the fish counter trying to figure out what I can use this this time round, my eyes fell on several slabs of beautiful pink tuna. They look very fresh and very nice and although they were not exactly sushi grade, the guy at the counter assured me it was perfectly fine if I seared all sides of it like this Seared Tuna with Wasabi Mayo.

I figured it would taste good in this salad and was eager to give it a try. It is also very easy to prepare and takes just a few minutes to cook. What could not be better? 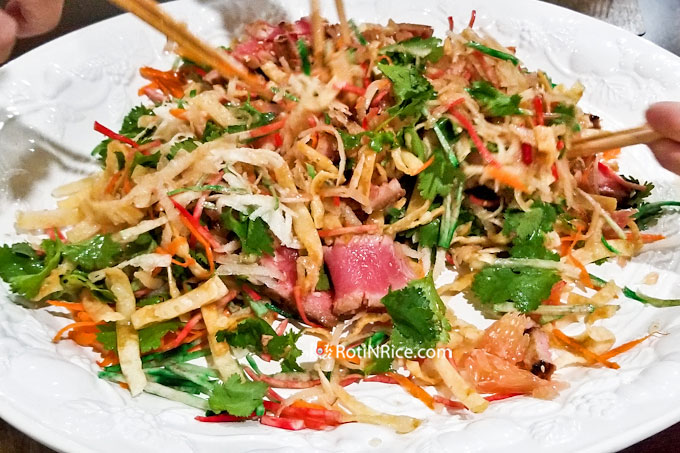 The other thing I normally do is to shred the taro with a grater to produce softer and finer strips. This time round, I decided to cut it into matchsticks to give it a stiffer texture. I thought you might like to know but either way is just fine.

I did not do a video this time as it is not easy to do when I have to prepare so many dishes all at once. If you wish to watch a video on how to prepare the vegetables, please hop over to this Pros[perity Toss Salad on my other blog. 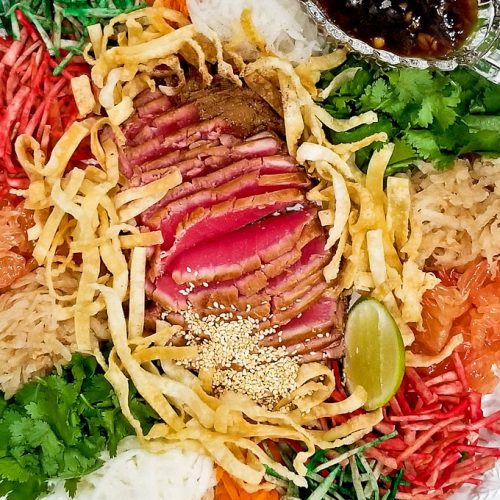 Yusheng/Yee Sang is served throughout the 15 days of Chinese New Year. Therefore, you still have plenty of time to make this delicious once a year salad. The 15th day of the Chinese New Year falls on Saturday, February 8th and this day is a good day to serve it. It completes the celebrations and I urge you to give this Prosperity Toss Salad with Seared Ahi Tuna a try. It really is super tasty and very satisfying! 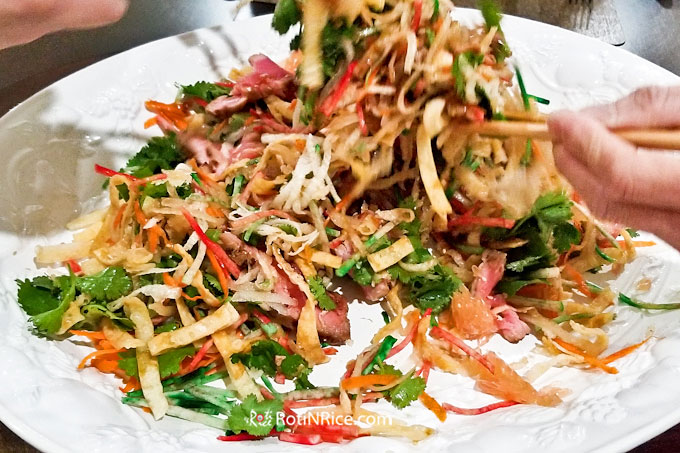 Fish, Fish, and More Fish as a Symbol of Abundance

Since I used 12 ounces (340g) of tuna, there was plenty of fish to go around and that was fantastic. One can never have too much fish for the Chinese New Year because it symbolizes abundance and who doesn’t want abundance for the year ahead? Besides, it also combined really well with the shredded fruits, vegetables, and dressing and was delicious! 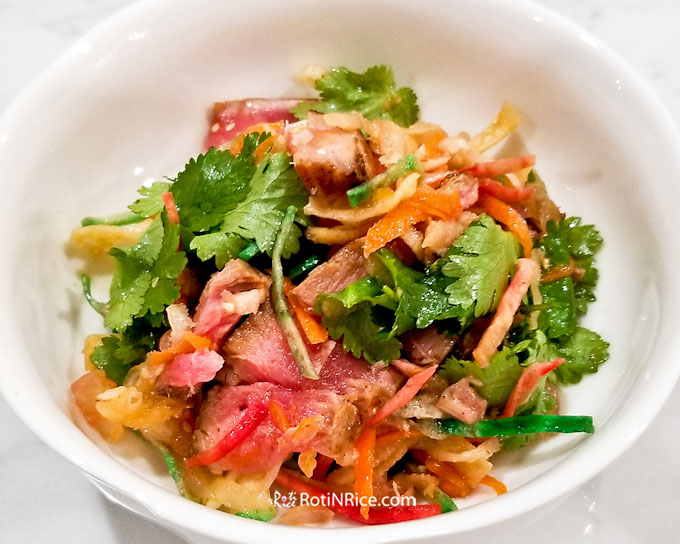 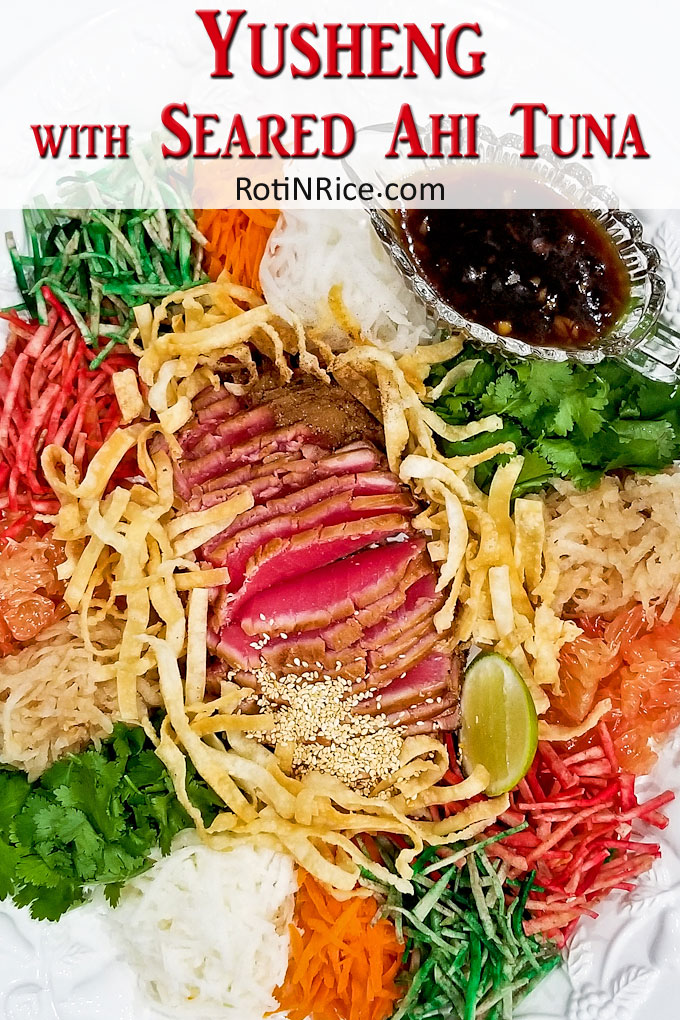 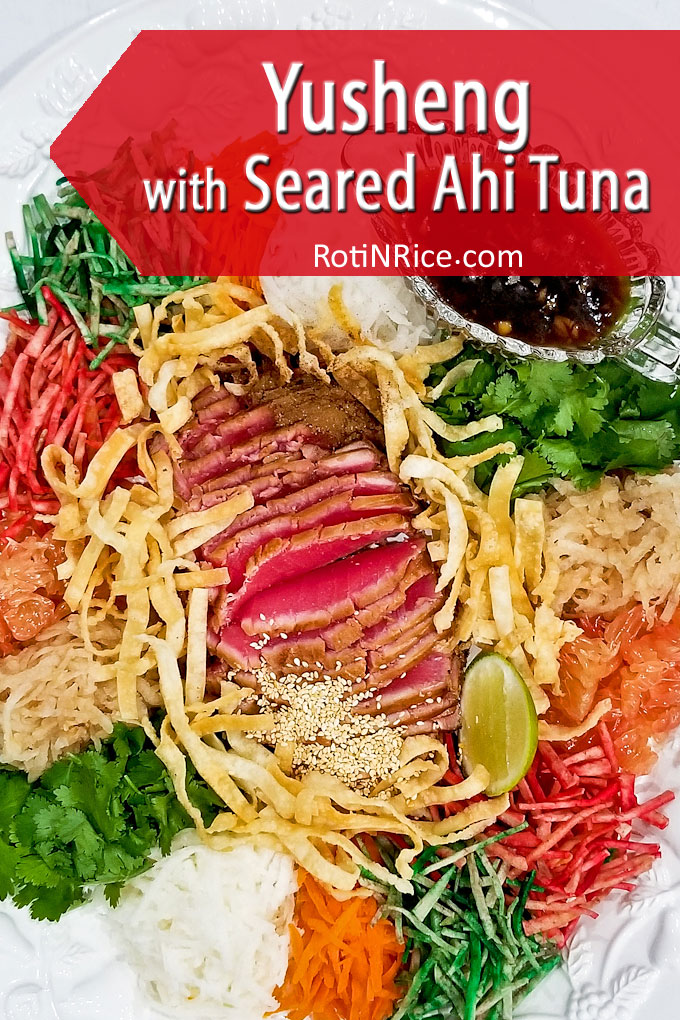